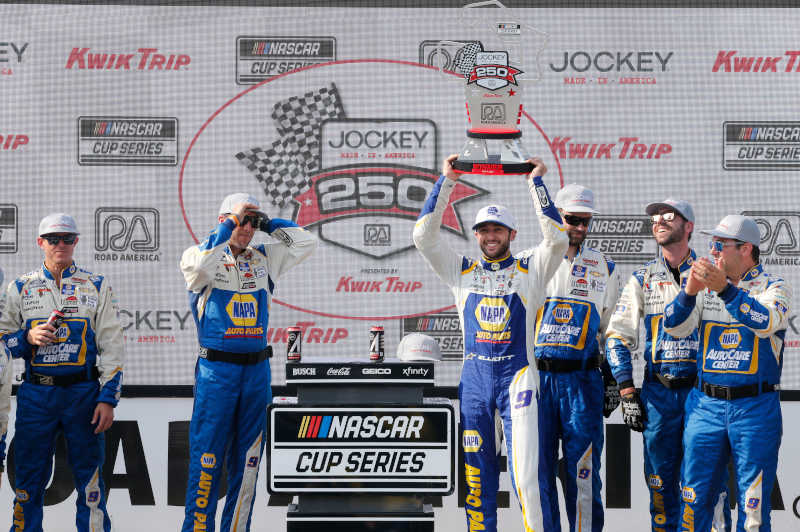 Elliott took the green flag for the July 4th event at Road America in 34th but quickly propelled through the field and was sitting 24th by the end of the first lap. Following a brief caution, the NAPA team broke into the top 20 on lap 4. Elliott continued his charge through the field and was up to 14th on lap 9. The No. 9 team finished 10th when stage one ended on lap 14 after several cars in front of Elliott chose to pit before the green-checkered flag. 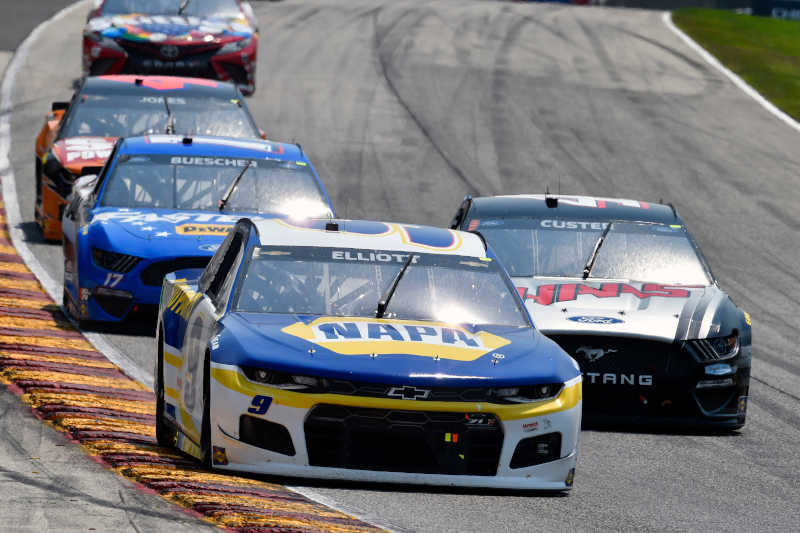 Elliott pitted during the stage break for four tires and fuel. A quick pit stop by the NAPA AUTO PARTS team gained Elliott four spots on pit road. He restarted 14th when the race resumed on lap 17. The 25-year-old driver wasted no time moving through the field again as he re-entered the top ten on lap 20. The No. 9 Chevy was running seventh late in stage two when crew chief Alan Gustafson called Elliott to pit road several laps before the conclusion of the segment. He rejoined the field and crossed the line 15th when the stage ended on lap 29. 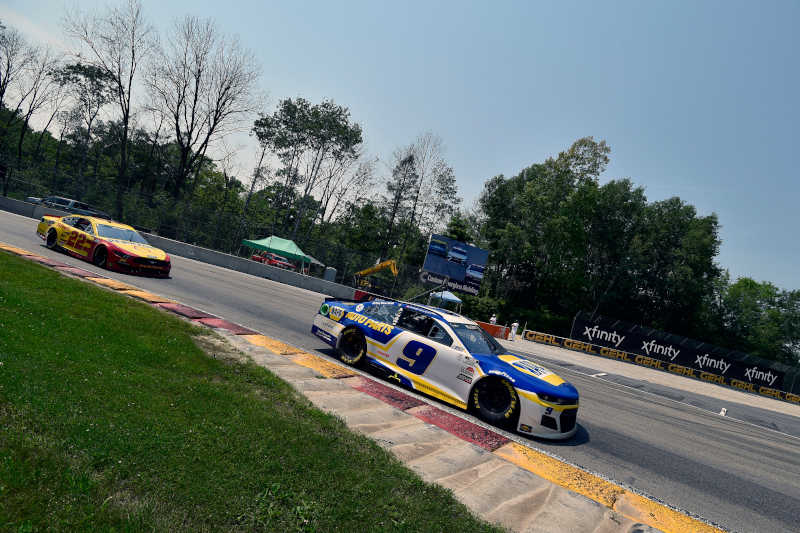 The No. 9 team’s strategy was to keep Elliott on track between stages while most of the other leaders made their pit stops. That decision moved Elliott up to second for a lap-33 restart. The NAPA driver took the lead on lap 37 and kept it through another caution on lap 43. Elliott pitted during the caution and lined up fifth for a restart with 17 laps remaining. He used his fresh tires to surge back to the lead on the restart on lap 45. After grabbing the lead, Elliott never looked back as he cruised to the victory by 5.705 seconds over second place. 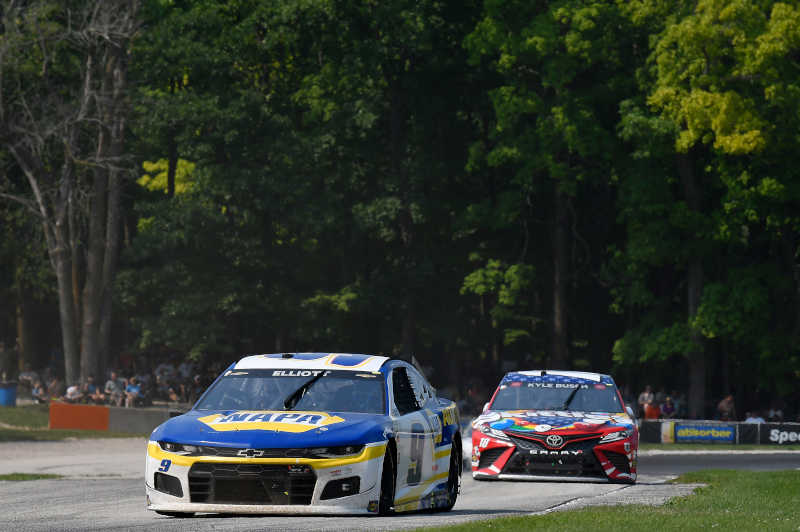 “Just really proud of our team for overcoming some adversity early and having to start in the back, having good pit stops. Had a really fast NAPA Chevrolet. Just so proud. We’ve had a rough few weeks, so it feels really good.” 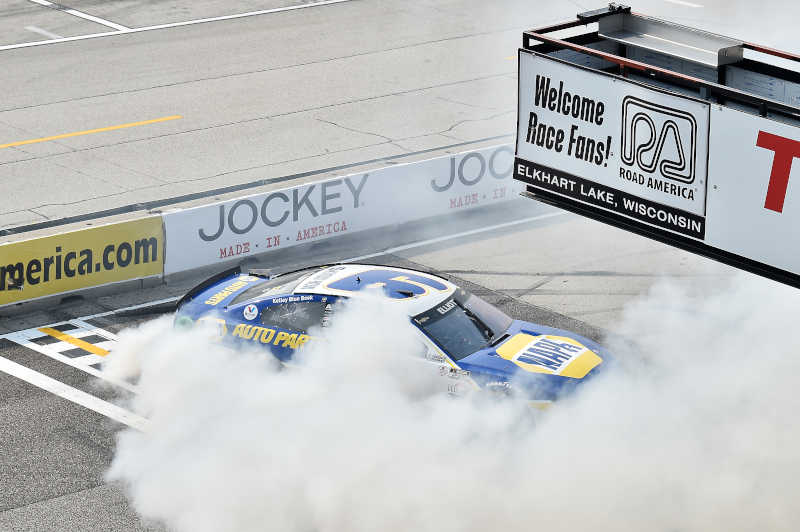 “Yeah, it’s super cool an honor to even be in at least like four lines below them much less a couple (smiling). Just really, really proud of our team. Yeah, we really kind of struggled yesterday and never got into a good rhythm I didn’t feel like on my end. And I thought we could be a little better with the car. Made a lot of changes overnight. Kind of started the day. I thought that I liked it – I thought. But I just still wasn’t in a good rhythm. About halfway I felt like I started to kind of put things together, start minimizing some mistakes I’d been making all weekend, then started finding some pace. So, yeah, after that it got fun. I was able to get a flow going, get in rhythm. Then from there we were able to get on — we kind of got caught up from our bad starting spot, got on the same strategy as the leaders. From there, we were able to go to work. Had things going good enough to keep up and get by those guys.”