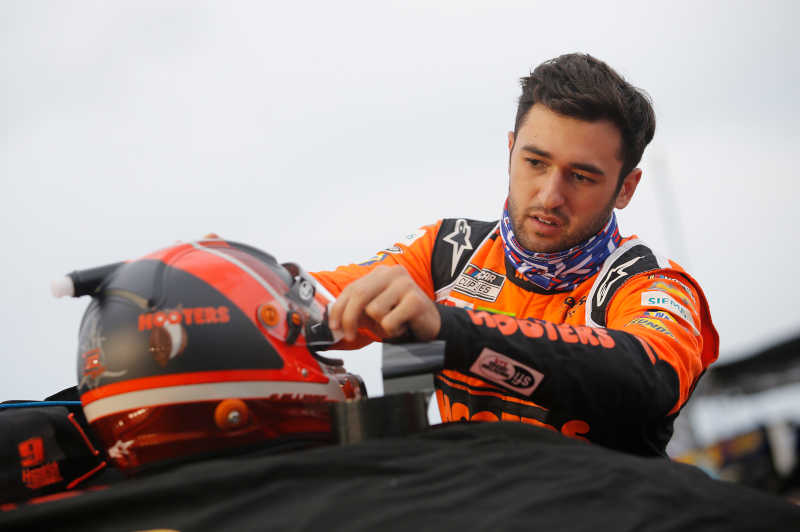 Elliott and the Hooters team rolled off the grid 27th for the NASCAR Cup Series regular-season finale. After slipping back a few positions in the opening laps, Elliott settled into the draft and proceeded to move up to 19th before a competition caution on Lap 21. During the caution, the Hooters team pitted for four fresh tires, fuel and a chassis adjustment. 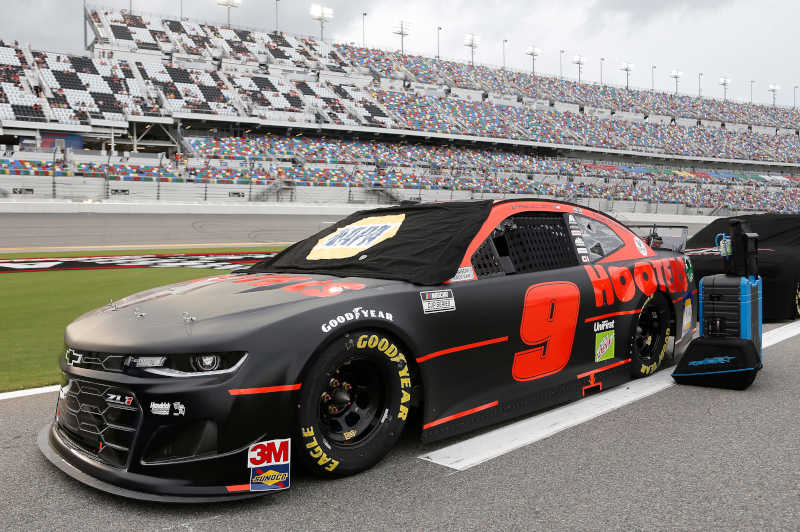 Elliott restarted 29th when the race resumed on Lap 25 and quickly surged forward as he cracked the top ten for the first time on Lap 34. He reported the chassis adjustment from the previous pit stop had improved the handling of his Hooters Chevrolet. Prior to the end of the stage, Elliott slipped back to 15th. Following a pit stop during the stage break, the 24-year-old driver lined up 17th when stage two went green on Lap 56. Several laps later, he advanced to sixth before Elliott and other Chevrolet drivers pitted together on Lap 65. By Lap 96, the group of Chevrolets had made up the ground separating them from the lead pack. With three laps remaining in Stage 2, Elliott took over 13th, where he would end the segment. 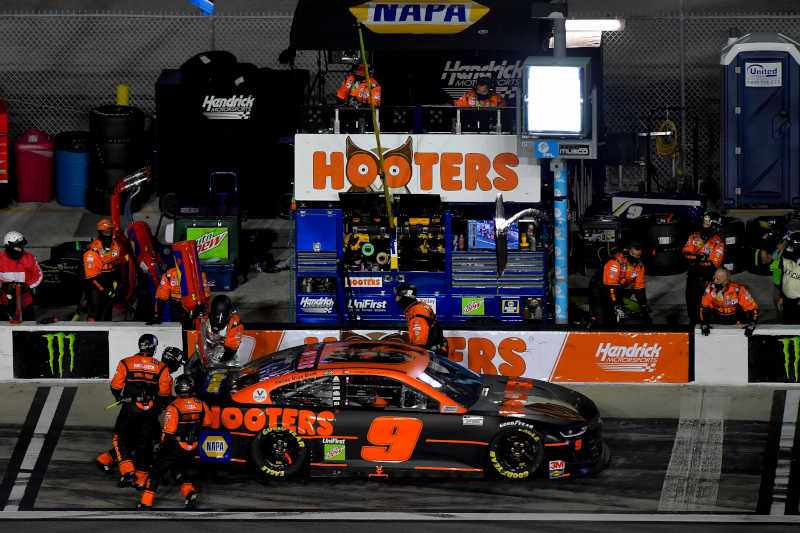 Elliott visited pit road prior to the start of the final stage and restarted 13th when the race returned to action on Lap 106. Early in the final stage, the fifth-year driver returned to the top ten and quickly moved into the top five on Lap 114. He picked up two more spots to be scored second on Lap 125 when crew chief Alan Gustafson called him to pit road for a scheduled pit stop. 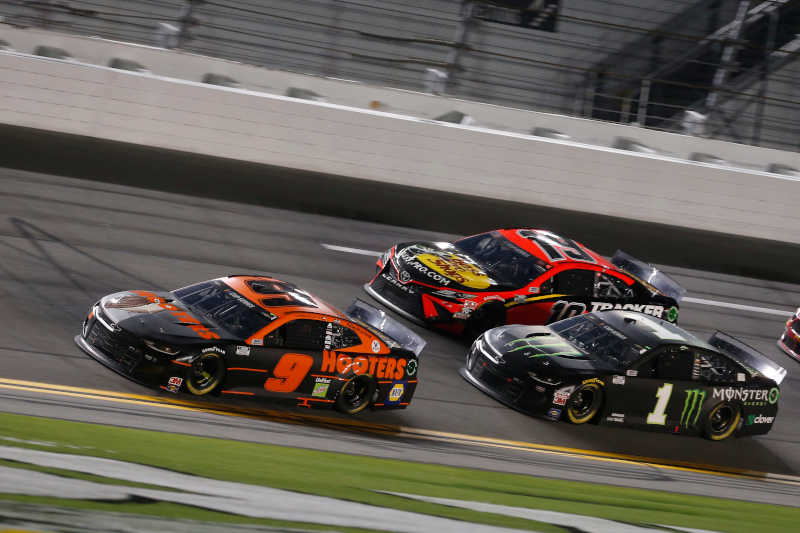 Once the field cycled through pit stops, Elliott was running sixth on Lap 132. The Hooters Chevrolet was scored seventh as Elliott narrowly avoided a multi-car crash on Lap 152. After restarting sixth with five laps to go, he tumbled to 16th before dodging yet another multi-car pileup on Lap 159. The nifty avoidance job elevated Elliott to ninth for an overtime restart. 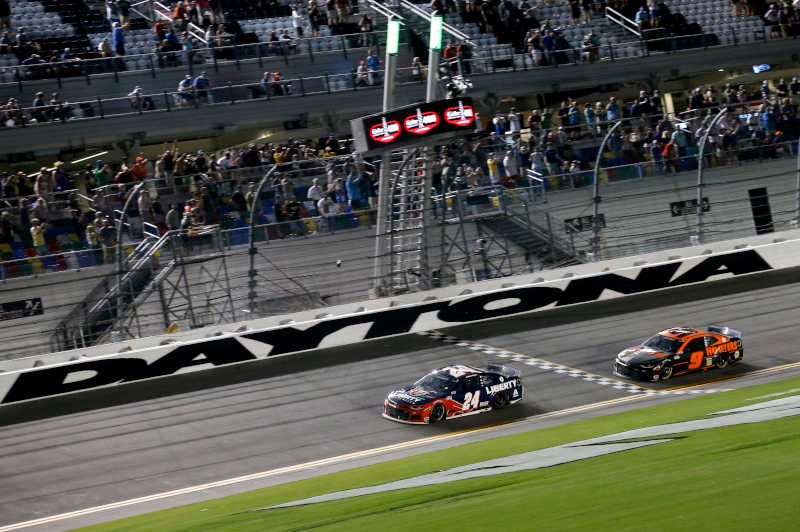 Elliott restarted ninth with two laps to go and proceeded to drive his way into the top five as the field took the white flag. Racing down the backstretch on the final lap, Elliott gave a push to his Hendrick Motorsports teammate William Byron that propelled the two Chevrolets out front. Byron grabbed the checkered flag for his first career NASCAR Cup Series victory with Elliott’s Hooters Chevrolet Camaro ZL1 1LE crossing the finish line second. The runner-up result is a career best for Elliott at the 2.5-mile superspeedway.

Next Race: September 6, Cookout Southern 500, Darlington Raceway
How to Watch or Listen: 6:00 p.m. ET on NBCSN, MRN and SiriusXM