Competition for the NTT INDYCAR SERIES rolled on with a doubleheader weekend on the heels of the Indy 500. World Wide Technology Raceway at Gateway, just outside St. Louis, played host to Rounds 8 and 9 of the adapted 2020 season. 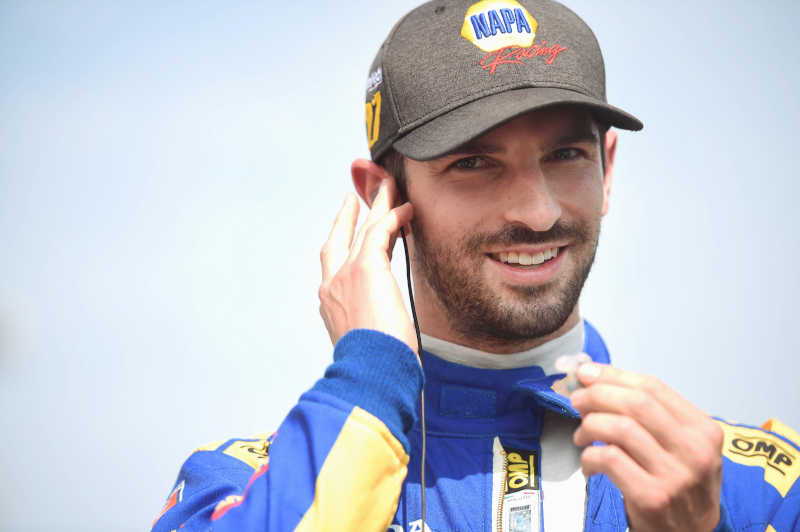 With a unique qualifying format, the standard two-lap average was exchanged for a two-lap run with each lap determining a race qualifying position. With lap speeds of 180.695 mph and 180.825 mph, respectively, Rossi’s two-lap outing placed him on the grid ninth for Race 1 and 11th for Race 2. 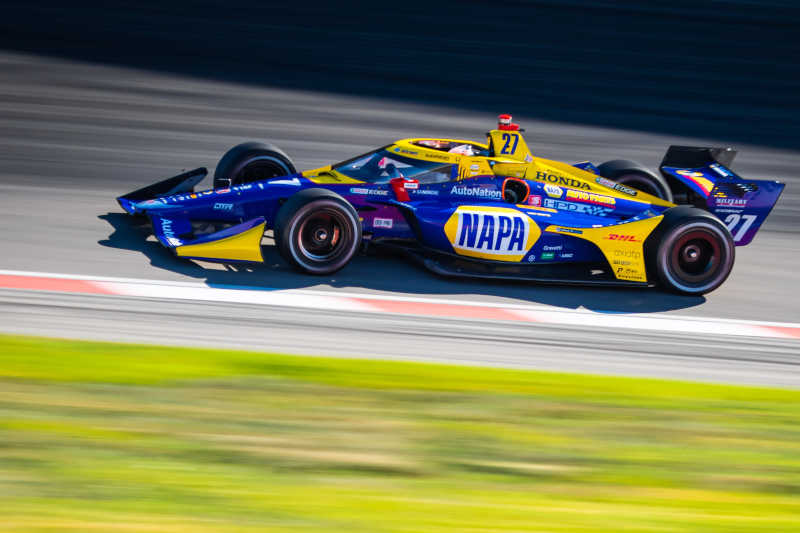 For Rossi and the NAPA team, Saturday’s Race 1 was over before it started after being collected in a six-car incident coming to the green flag. Rather than racing for 200 laps, the 27 car crossed the starting line on the back of a tow truck and spent the day in the
garages. 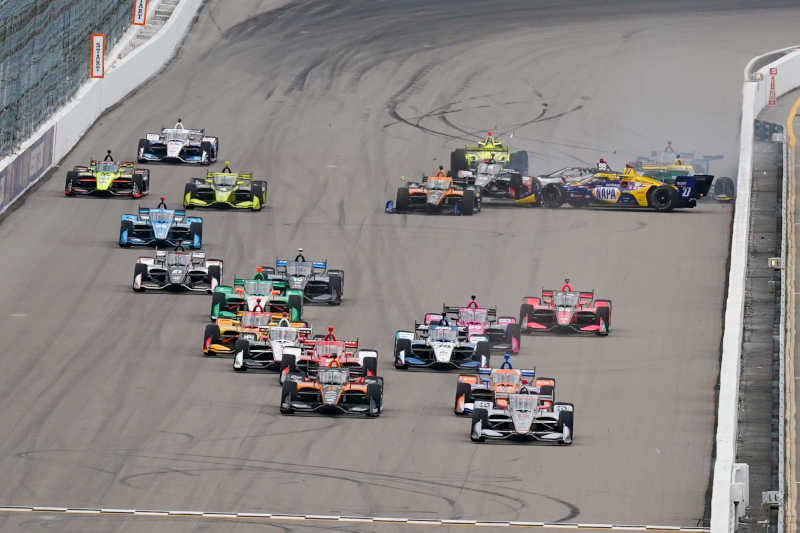 “There’s just no way around the disappointment,” said Rossi. “I was going in a straight line and just got drilled. We just got hit. It sucks, really. We still want to win races and that’s what we are here for. It’s very frustrating for the NAPA AUTO PARTS / AutoNation boys. But, in the big scheme of things, there’s a lot of bigger issues in the world right now in 2020, so this is relatively minor, but it still sucks.” 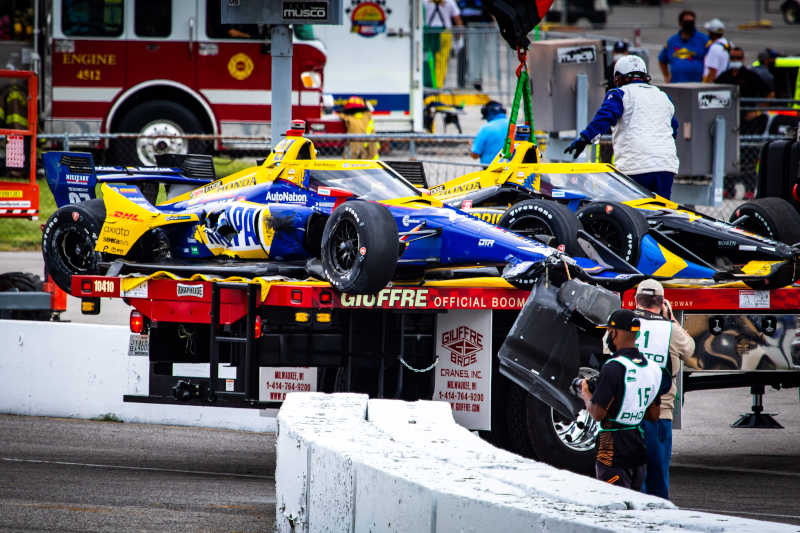 The damage resulting from the incident forced the team to move to the backup car, swapping engines over and prepping a new machine in the late Saturday hours. Due to the condensed, doubleheader format, Rossi was only allotted one, five-minute systems check Sunday in the newly rebuilt car before taking the green flag for Race 2. 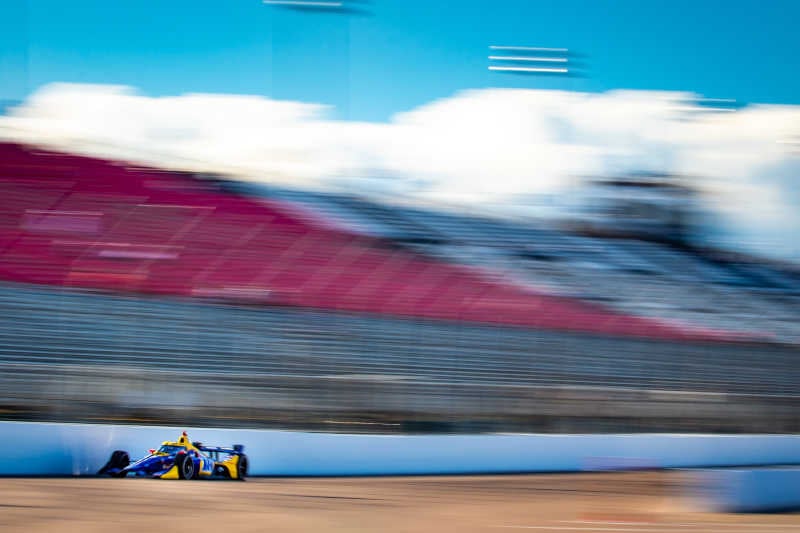 The second race of the weekend saw a successful green flag for the field of 23 cars, and thankfully, the 200 laps played out with little incident or drama. Nonetheless, the day was not the result Rossi was hoping for. Without the race knowledge from Saturday’s event, the 27 team went into race at a disadvantage. 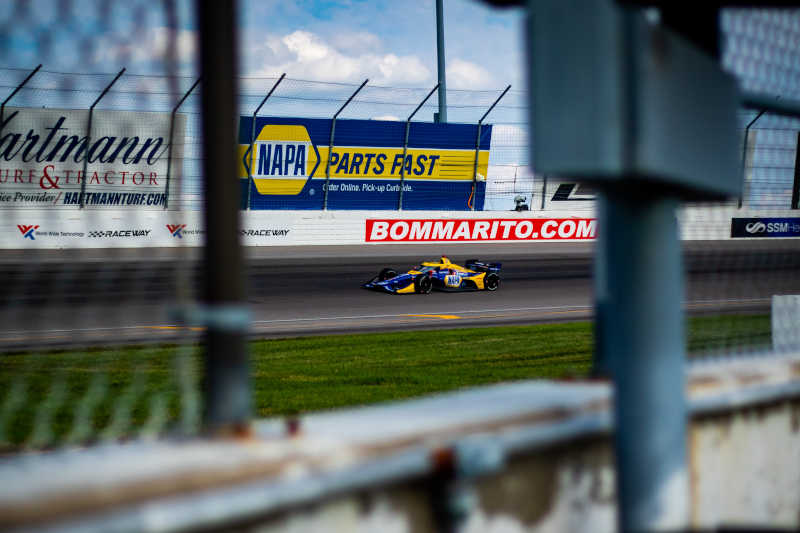 “It felt like we were a day behind everyone, honestly,” recapped Rossi. “I think my NAPA AutoCare crew did a good job rebuilding a whole new car overnight. The pace was okay. At the start, everyone had a pretty good idea of what they had and what they were supposed to do – and I was doing it for the first time. It’s a track position race after that; you can’t pass. It’s just pretty processional. We tried to mix up the strategy, but ultimately since it’s Race 2 here, everyone kind of knows what they’re looking for and it’s pretty hard gaining.” 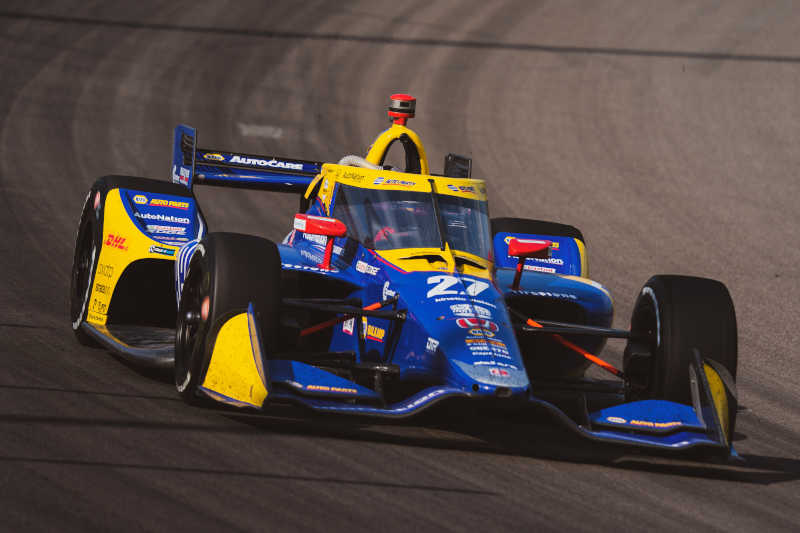 With any luck, the team will be back on track soon at Mid-Ohio Sports Car Course but takes a Labor Day weekend break in the meantime while awaiting confirmation of the Honda Indy 200 race date. The Series is confirmed to return to the Road Course inside the Indianapolis Motor Speedway for another round of doubleheader racing Oct. 2-3 before ending the season in St. Petersburg, Florida, Oct. 25.

NAPA Know How Blog Rossi Suffers a Case of “Meh-tastic” in St. Louis