Chase Elliott raced his No. 9 NAPA AUTO PARTS Chevrolet Camaro ZL1 to third top-10 finish in as many starts at his home track – Atlanta Motor Speedway.

A rain delay postponed the start of Sunday’s race by more than two hours, but inclement weather stayed away for the duration of the race once it went green. Elliott and his No. 9 NAPA AUTO PARTS team took the green flag from the 27th position and it took until after the Lap 30 competition caution to crack the top 20. Elliott finished Stage 1 in 17th. 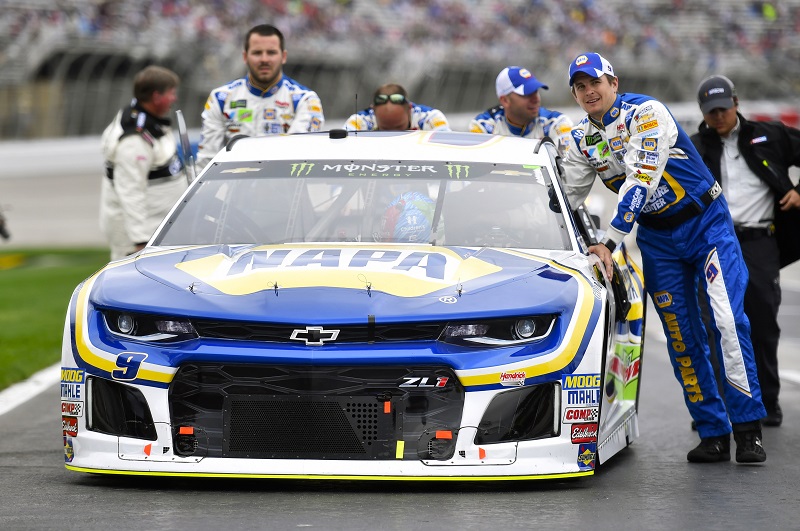 The Dawsonville, Georgia, native ran the majority of Stage 2 inside the top 15 despite battling tight handling conditions with his NAPA AUTO PARTS Chevrolet Camaro ZL1. Elliott moved all the way up to sixth during a green-flag pit stop cycle before making a stop of his own. The No. 9 team finished Stage 2 in 14th.

With 98 laps remaining, Elliott moved back inside the top 10, settling into ninth after a full cycle of green-flag pit stops and once again reported tight conditions. 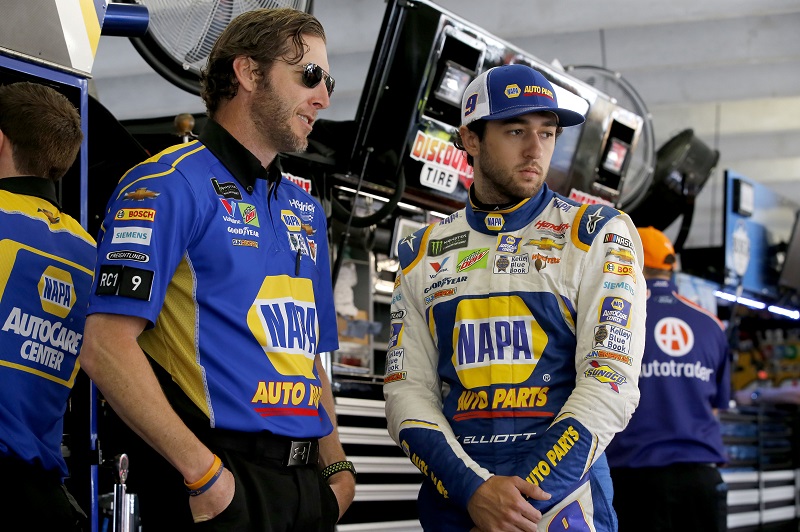 When the next cycle of green-flag pit stops began, Elliott stayed on track and moved up as high as third as competitors headed to pit road. The strategy by the No. 9 team saw Elliott come to pit road with 60 laps to go in position to perhaps not have to pit again for the remainder of the race.

After a late caution – and a four-tire pit stop – Elliott restarted sixth with 21 laps to go. He jumped into the top five shortly after the green flag and held onto his top-10 position until the checkered flag to finish the day 10th. 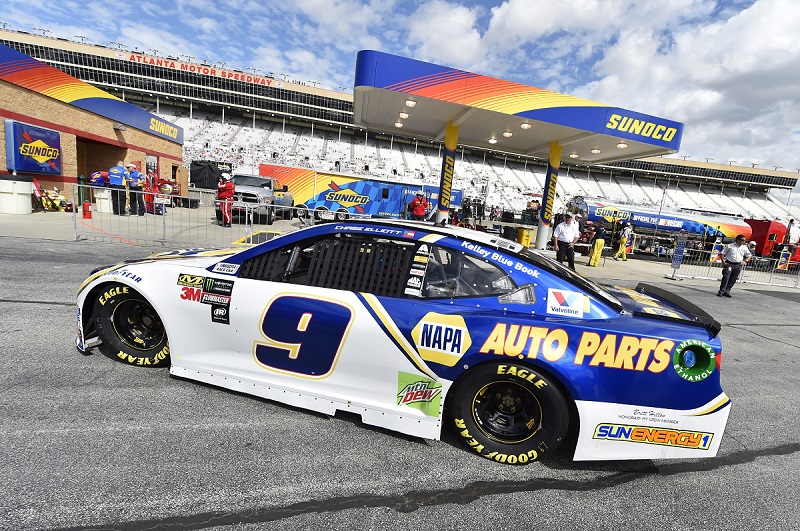 The result continues Elliott’s streak of never finishing outside of the top 10 at Atlanta – his home track – in any NASCAR national series.

He becomes only the fifth driver in NASCAR Cup Series history to finish inside the top 10 in each of his first three starts at Atlanta Motor Speedway.