Sunday afternoon, Watkins Glen International belonged to Chase Elliott and the No. 9 NAPA AUTO PARTS team. At the site of his first NASCAR Cup Series win, Elliott started on the pole, won both stages and led 80 of the 90 laps en route to his fifth career victory. 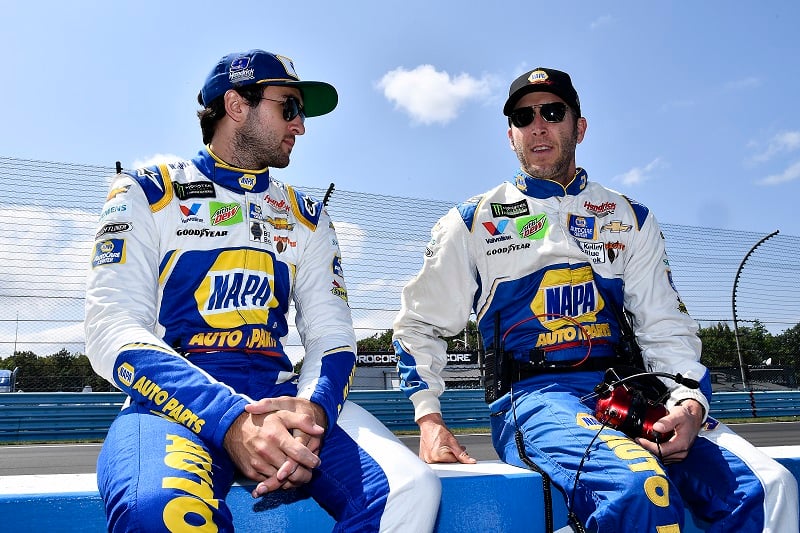 As the defending Watkins Glen race winner, Elliott held the lead at the drop of the green flag and continued to build his advantage on the rest of the field throughout the opening segment. He took the green-checkered flag as the winner of Stage 1. 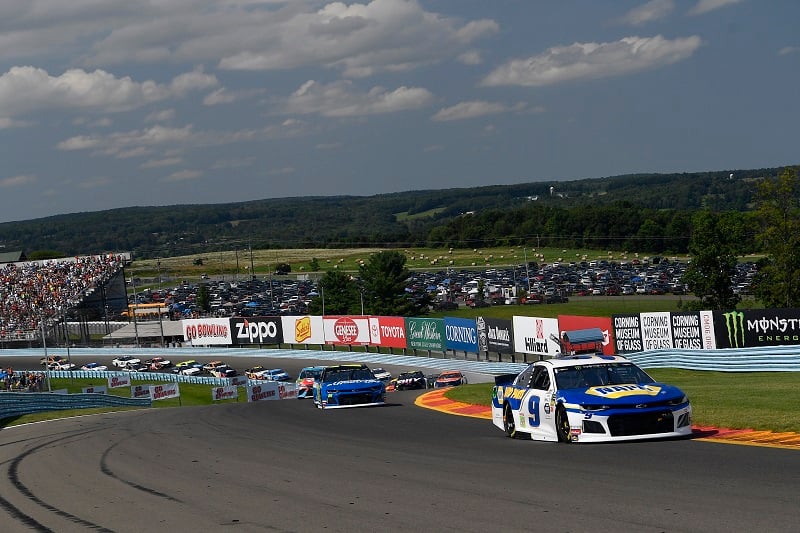 Following a trip to pit road for four fresh tires, fuel and a chassis adjustment, Elliott began Stage 2 in fifth as four competitors did not pit between segments. By Lap 27, however, he had moved up to the runner-up position and retook the lead a few laps later. He stayed on the track during a caution with eight laps remaining in the segment and maintained the lead on the ensuing restart. He won Stage 2 as well when it ended under caution. 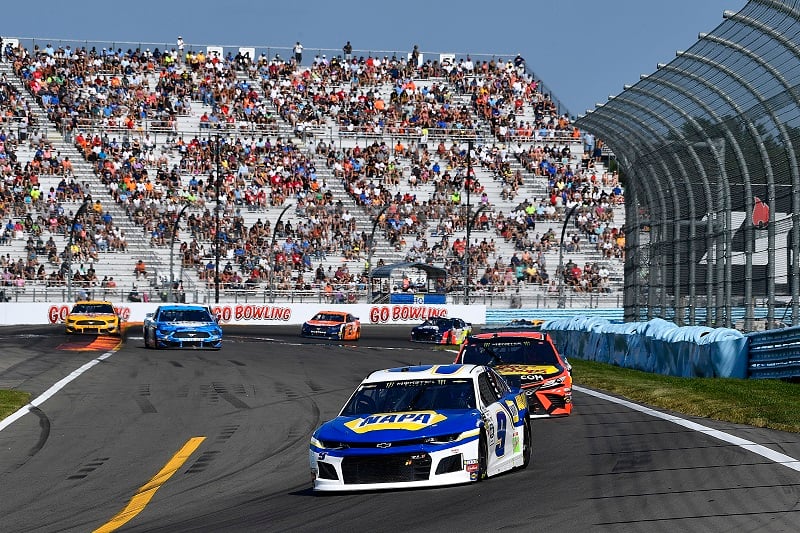 Elliott held the lead through the start of the final segment and continued to do so as he battled to stay ahead of a hard-charging Martin Truex Jr. in second place. At the end of Lap 59, Elliott headed to pit road from the top spot. Quick work by the No. 9 NAPA AUTO PARTS team allowed him to stay in front of Truex after he pitted one lap later. 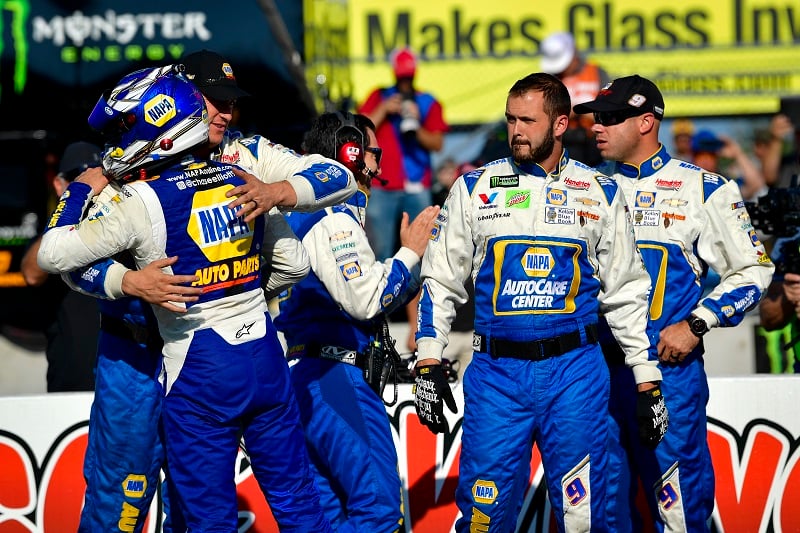 Following a caution, Elliott restarted as the leader with 25 laps to go in a tight battle that included some banging back and forth with Truex and the No. 19 car, but the No. 9 ultimately remained out front and looked to build on his lead ahead of the rest of the field. Down the stretch, Truex continued to challenge to close the gap all the way through the final lap, but Elliott was able to hold off the charge to capture the checkered flag as the Watkins Glen winner for the second consecutive season. 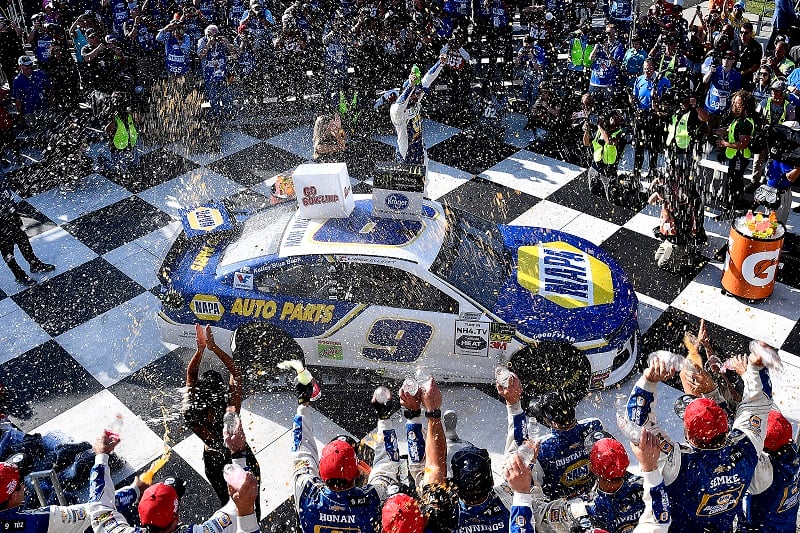 It marked his fifth career win, his second of the 2019 season and his second consecutive at Watkins Glen. 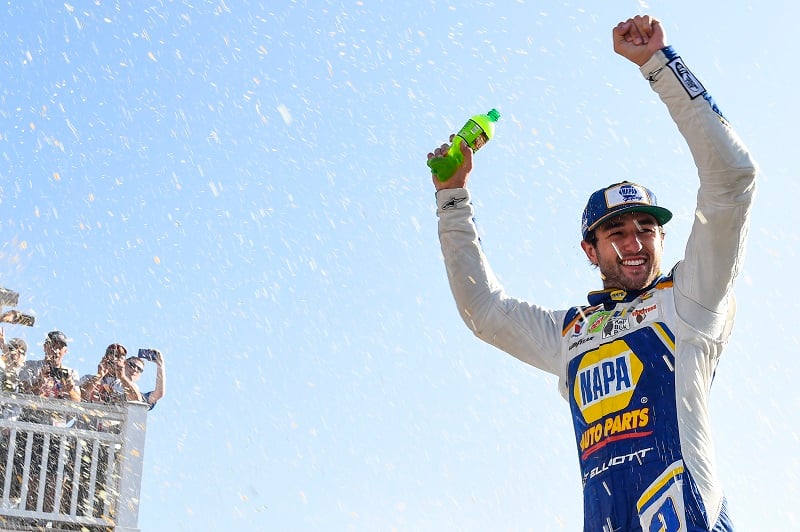 “We’ve never done this as a team,” said Elliott. “This was the first time we’ve ever gone somewhere and sat on the pole and led the most laps and won the race. I’ve never done that in my career, and I’m sure Alan has at some point, but as a group we’ve never done that. I just feel like that to me is the biggest piece of the whole weekend, just knowing that we’re the type of team and the caliber of team that can go and put on those kind of performances, and those are the kind of performances you have to put on to compete with those guys that win often.”