Chase Elliott and the NAPA AUTO PARTS team led 26 laps and ran inside the top five for most of Sunday’s NASCAR Cup Series race at Indianapolis Motor Speedway before ending the day with an 11th-place finish. The No. 9 team is now second in the driver point standings through 16 races. 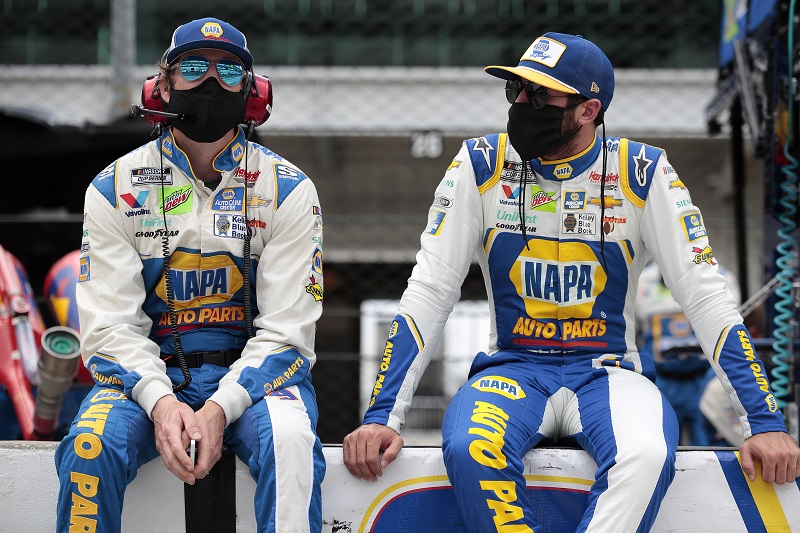 On Sunday afternoon, Elliott rolled off the grid 10th for the NASCAR Cup Series’ annual 400-mile race at the historic Indianapolis Motor Speedway. Early in the race, Elliott reported that he was happy with the handling of his NAPA Chevy as he moved into the top five before the competition caution on Lap 12. 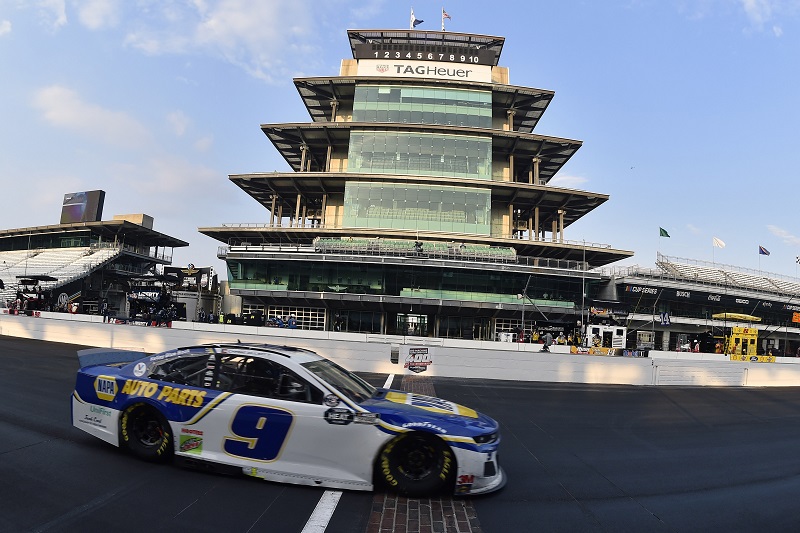 On the Lap-19 restart, the driver of the No. 9 lined up eighth in the favorable outside lane and was back in fifth within a lap. When the caution waved on Lap 40, crew chief Alan Gustafson called Elliott to pit road for four fresh tires and fuel. A quick pit stop by the NAPA AUTO PARTS crew gained Elliott two spots. Due to differing pit strategies, the 24-year-old driver lined up sixth for the ensuing restart with five laps remaining in Stage 1. Elliott gained two spots over those five laps as he crossed the line for the conclusion of the 50-lap stage in fourth. 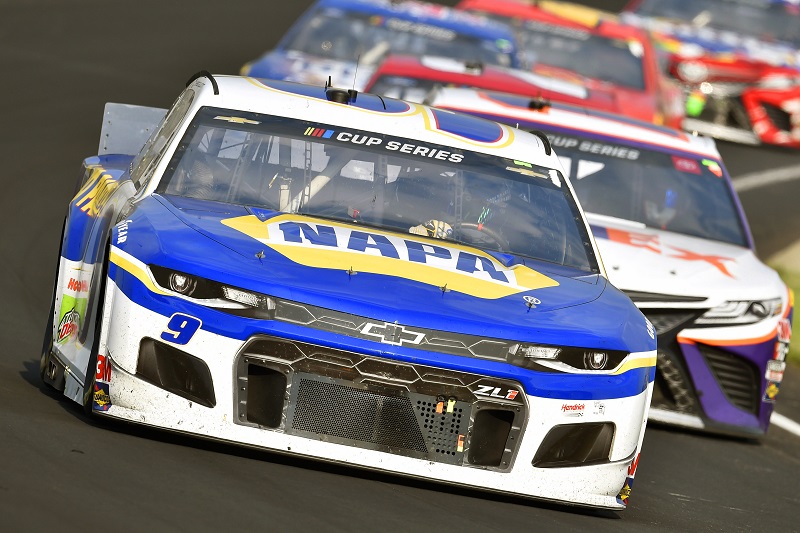 Elliott and the NAPA team elected to stay out during the stage break and moved into the race lead to begin Stage 2. After leading the field to the restart, Elliott stretched his advantage to more than two seconds over second place on Lap 66. Under the next caution on Lap 74, Elliott reported that his NAPA Chevrolet had transitioned to being too tight. Following a pit stop for four fresh tires, fuel and a trackbar adjustment, Elliott lined up sixth when the race resumed on Lap 82. Through a string of cautions, Elliott was able to advance to third on Lap 88 and took over second on Lap 92. He held on to the runner-up spot through the end of Stage 2 on Lap 100. 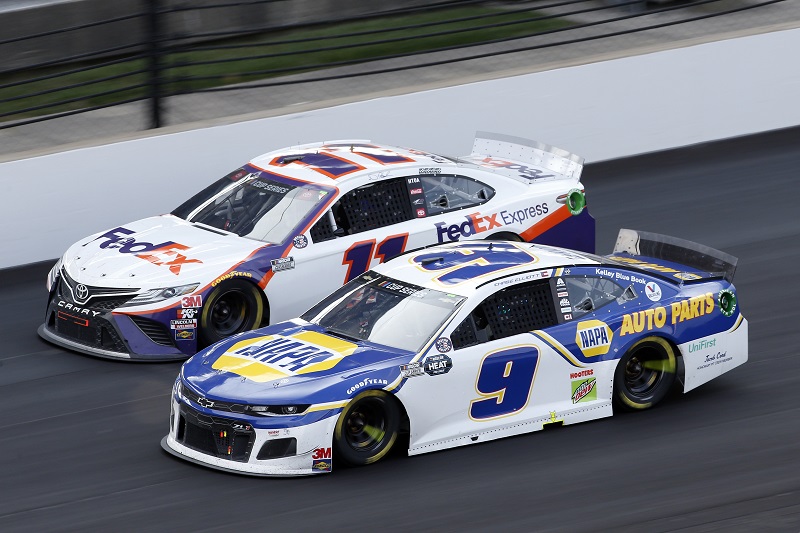 During the stage break, Elliott and the NAPA team maintained their track position by not pitting. He restarted second, but lost momentum while battling for the lead and slipped back to third. The NAPA AUTO PARTS team made a scheduled green-flag pit stop on Lap 123. Another caution slowed the race on Lap 132 with Elliott scored 13th because the entire field had not cycled through green-flag pit stops. 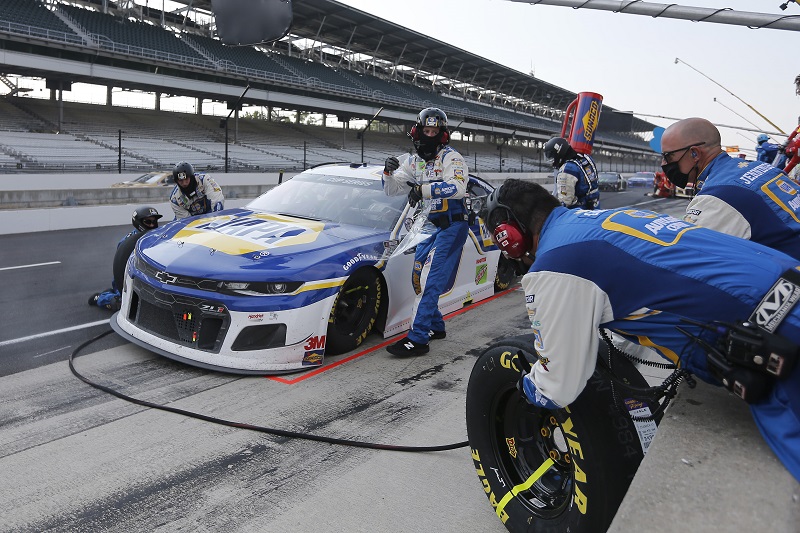 Under the caution, the NAPA team made another pit stop for four tires and fuel and restarted 11th on Lap 138. Being mired in heavy traffic intensified the tight handling condition Elliott reported earlier as he slid back to 12th when the final caution of the race set up a two-lap overtime restart. 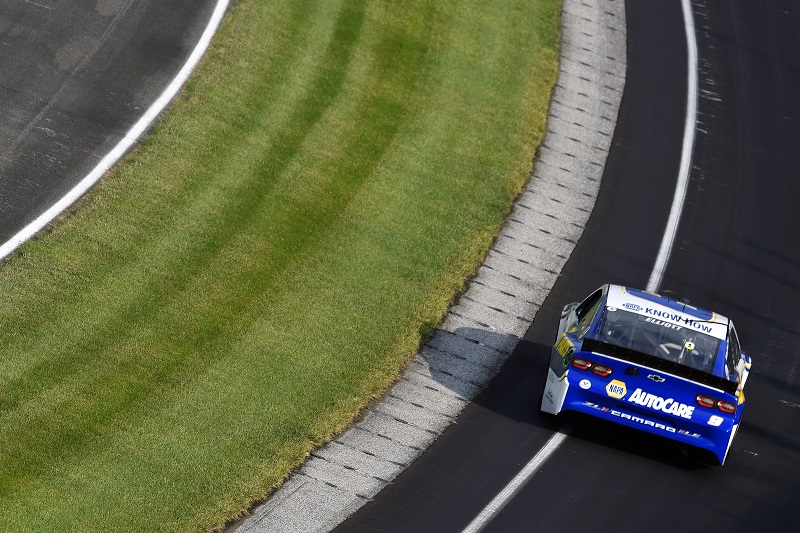 Gustafson called Elliott back to pit road during the caution and put the NAPA Chevrolet 14th for the restart with two laps remaining. The Dawsonville, Georgia native recovered three positions to end the day with a 11th-place finish.