Brad Sweet and the NAPA AUTO PARTS Kasey Kahne Racing (KKR) team have been on a hot streak as of late. That continued over the weekend as the World of Outlaw traveled to the 3/8-mile track of Cedar Lake Speedway for the Independence Day Spectacular event. 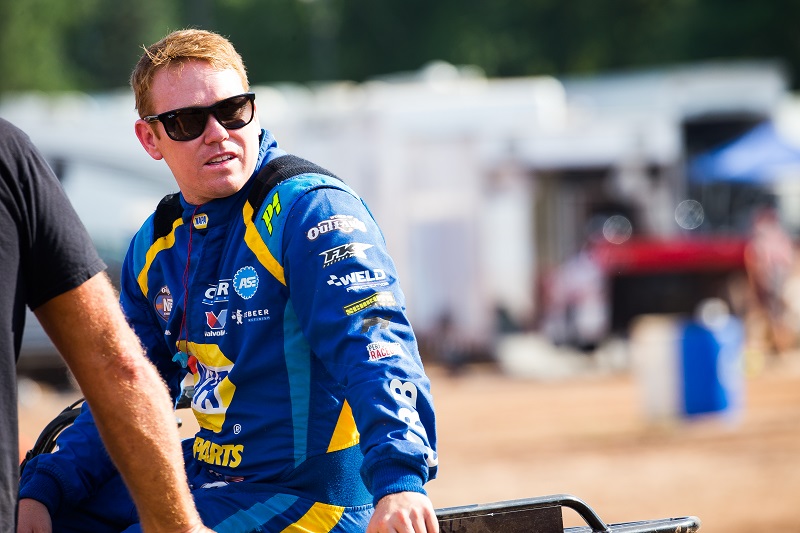 On Thursday, teams took to the track for two qualifying sessions that would transfer to Friday and Saturday’s events. Sweet qualified seventh quick for Friday’s Feature and ninth for Saturday’s event. After posting timed laps, the Series ran a 23-lap elimination-style showdown, a format that was new to the Series. In the race, four cars would be eliminated every five laps from the 20 car field until eight cars remained. Those cars would then have an eight-lap shootout to determine the winner. Sweet and the No. 49 team made it through the first two elimination rounds before missing the top-eight by one position. They were credited with a ninth-place finish in the elimination showdown. 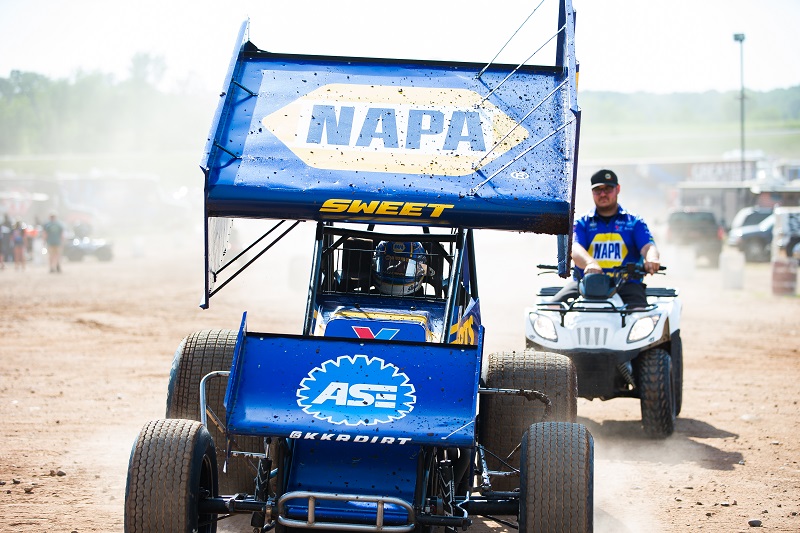 Sweet and the No. 49 team switched gears to Friday’s 35-lap Feature, where they went straight into heat races after qualifying seventh the day before. The NAPA AUTO PARTS car was lined up sixth in the first heat race of the evening. Sweet made his way around three cars in the ten-lap shootout but came up one position short of transferring to the Fast Pass Dash. With cars from the Dash lining up at the front of the field, Sweet had his work cut out for him starting the Feature from the seventh position. 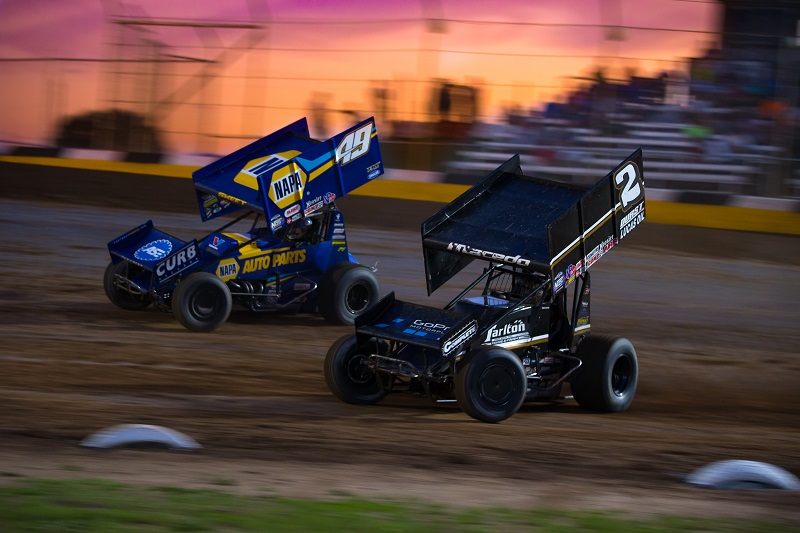 When the green flag flew, Sweet quietly made a march to the front. While the leaders Carson Macedo and Logan Schuchart battled side by side for several laps, the No. 49 car was closing in from the third position. By lap 15, Sweet dove under Schuchart for second, and the two battled back and forth for the spot. Once the 49 car was in control of second-place, Sweet set his eyes on race leader, Macedo. By running the bottom, he was able to complete the pass on lap 22. Sweet and his NAPA AUTO PARTS car held off a charging Kerry Madsen as the laps wound down to win the 35-lap Feature. 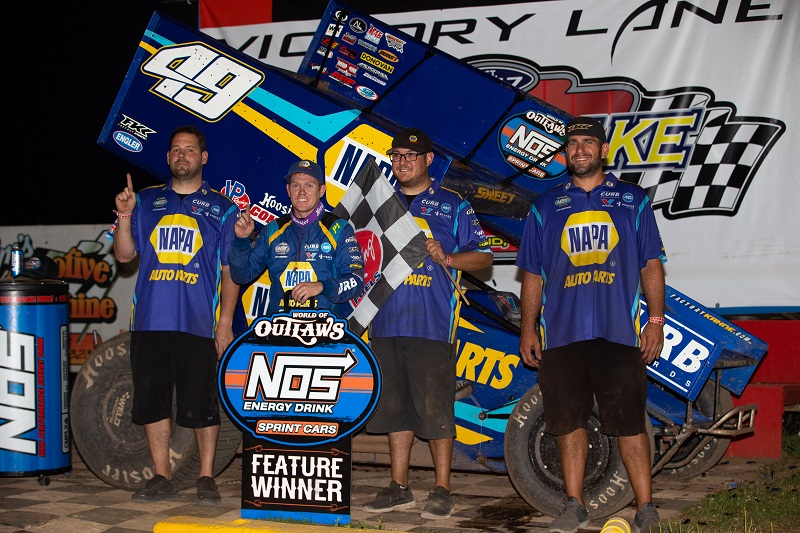 “We have a lot of confidence right now, but we also have a lot of confidence at this racetrack,” said Sweet. “I’ve ran really well here for three or four straight years now. We dug ourselves a little hole in qualifying. So, it’s really neat to be able to go 16th quick (in qualifying), sixth to third in the Heat, and then seventh to winning the Feature. It shows we never give up and have good race cars right now. These NAPA Auto Parts guys give me a great car night in and night out.” 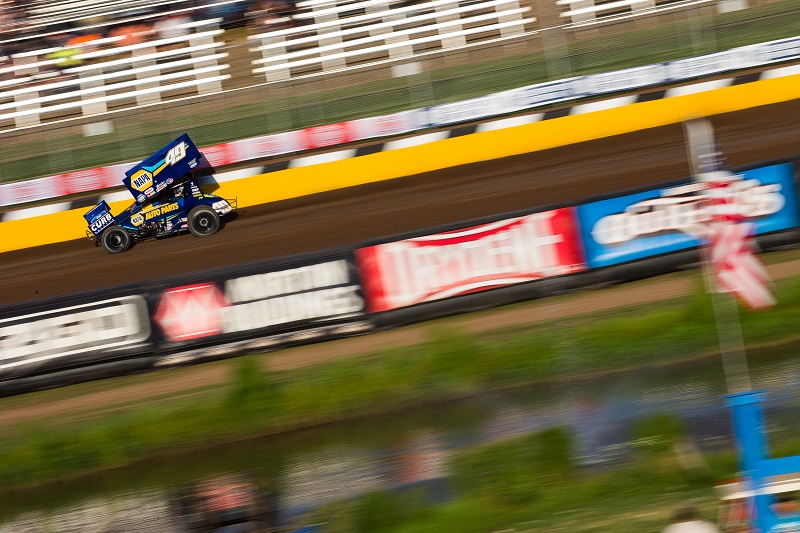 The KKR team was ready for another challenge when Saturday rolled around. Sweet qualified 12th quick, lining the No. 49 car up fourth in the third heat race of the evening. Sweet once again missed the Fast Pass Dash by one position, placing him ninth in the lineup for the 35-lap Feature. When the race went green, Sweet struggled to gain track position. Through the first 15 laps and after multiple restarts, the No. 49 ran just inside the top ten. 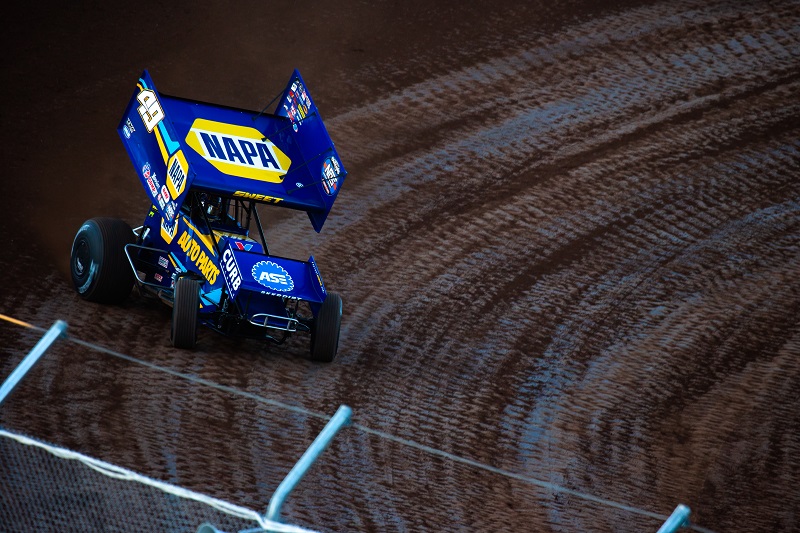 By lap 18, Sweet was scored eighth but was quickly approaching the fifth, sixth and seventh-place cars as they were all battling for position. He was scored fifth with 15 laps remaining and continued to close the gap. The caution flag flew as Sweet was making a run at Kraig Kinser and Kerry Madsen for the second position with under ten laps to go. By making the bottom groove work on restarts, Sweet quickly made his way to second. He caught race leader David Gravel and took over the lead with two to go. Sweet and the NAPA AUTO PARTS team held on to the lead, winning back-to-back races at Cedar Lake Speedway. 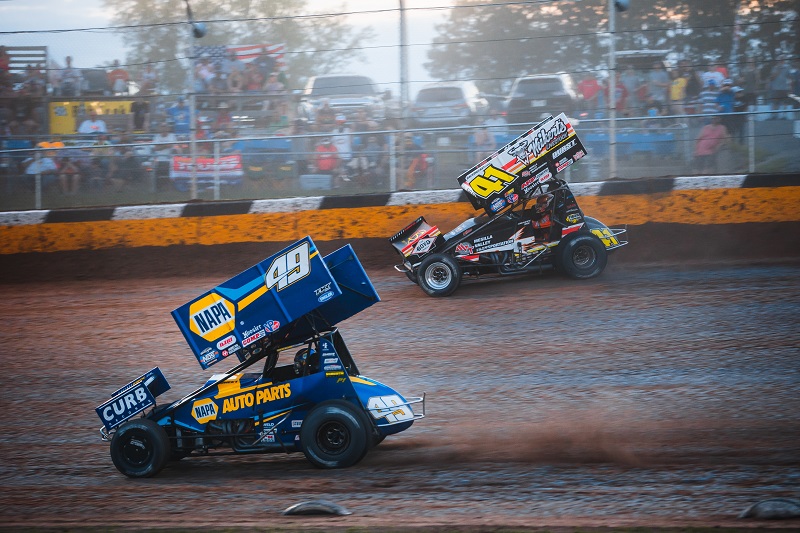 “We had two unbelievable cars this weekend,” Sweet remarked. “I can’t thank my guys enough for all of the hard work. It might look easy but I’m telling you this is a lot of stress; a lot of hard work and it’s paying off.”

After sweeping the weekend and collecting his seventh World of Outlaws Feature win this season, Sweet expanded his Championship Standings lead to 114 points over Logan Schuchart. 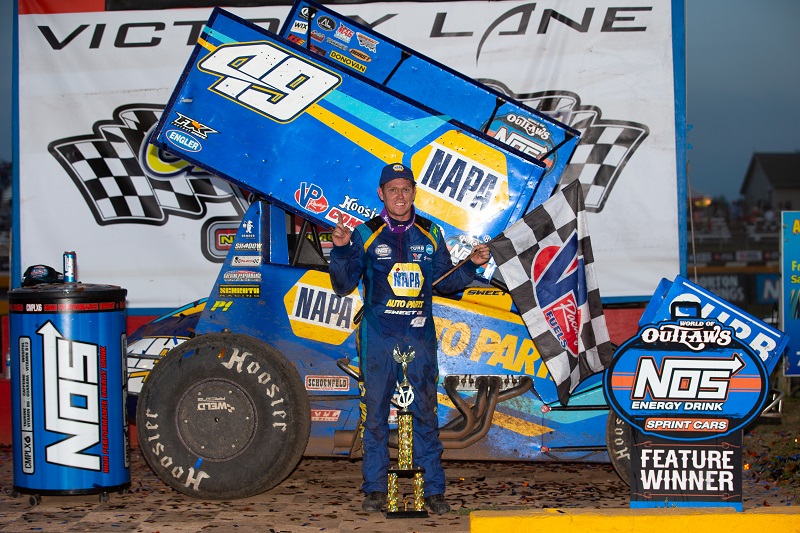 The World of Outlaws NOS Energy Drink Sprint Car Series will be back in action this weekend, July 10-12, racing at three tracks in three days. Sweet and the KKR team will compete at 34 Raceway in West Burlington, Iowa, on Friday, Wilmot Raceway in Wilmot, WI, on Saturday, and Terre Haute Action Track in Terre Haute, IN, on Sunday.