Chase Elliott and the No. 9 NAPA AUTO PARTS team posted the third-fastest time in Daytona 500 qualifying Sunday afternoon at Daytona International Speedway. As a result, Elliott will start second in Thursday night’s Duel No. 1, which will officially set the lineup for next Sunday’s 62nd running of the Daytona 500. 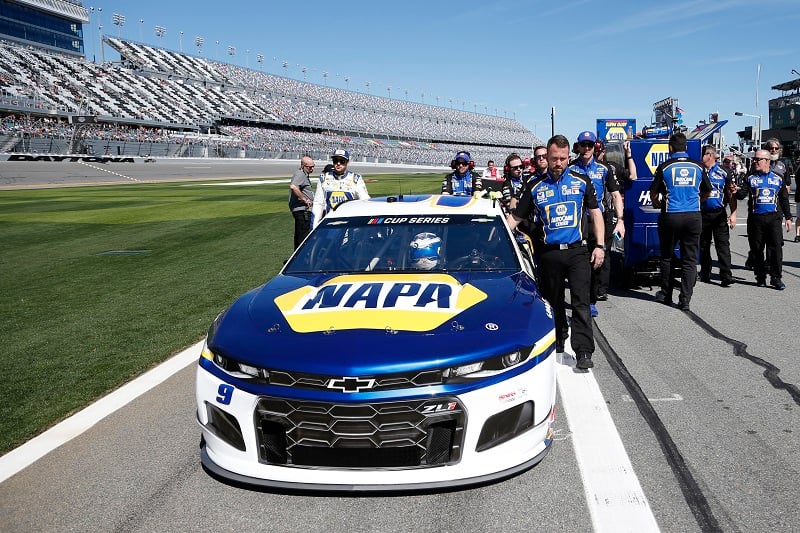 This marked the sixth consecutive Daytona 500 pole award for Hendrick Motorsports engines and the second straight 1-2-3-4 qualifying sweep for our engine team.

“It was a solid lap, just needed a little bit more obviously,” Elliott said of his third-place finish. “It’s so early in the week and (I’m) just trying to keep the car in one piece. It’s great for Team Chevy to be one, two, three, four. We’ll try to be good next Sunday, that’s really all that matters.”