Have you ever started down the path on a repair only to realize you spent more time getting to a part than you did replacing the part itself? Maybe the part is a piece of a larger assembly which upon further inspection you realize is also worn out. So now you need to get more parts and research how to swap those out as well. But for some repairs there is a better way: the component assembly. Technicians have been using component assemblies for years to help get customers on their way faster, but you can also benefit from the same time savings at home.

While it is easy to swap out a brake rotor or spark plug, certain automotive systems lend themselves to being replaced as a component assembly. Swapping out an assembly saves you time and may mean you don’t need to use certain specialty shop tools. Using a component assembly usually means refreshing an entire set of parts at once, which is great for peace of mind.

Here are a few component assembly options that we think you may find handy: 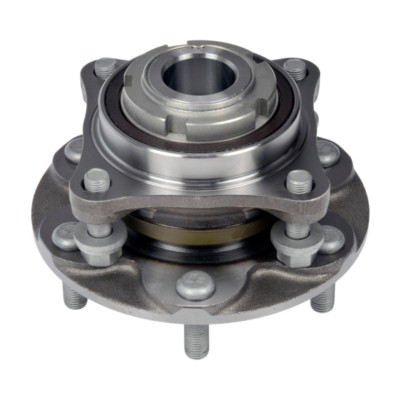 There’s a lot riding on your wheel hubs, which is why they are precisely engineered for years of service. But when a hub bearing finally needs replacement, the bearing removal and installation process can be quite a chore. Removing the hub is usually easy, likely involving removing the brakes and then just a few bolts. But what comes next requires brute force and a delicate touch to replace the bearing itself. Often the bearing is quite happy in its hub home, making for a frustrating project. Then you have to hope you don’t damage the hub itself while putting it under tons of pressure in the shop press. So why bother at all when a pre-pressed hub may be available for your vehicle? Turn an hours long wheel bearing replacement into a simple pre-pressed hub assembly swap. 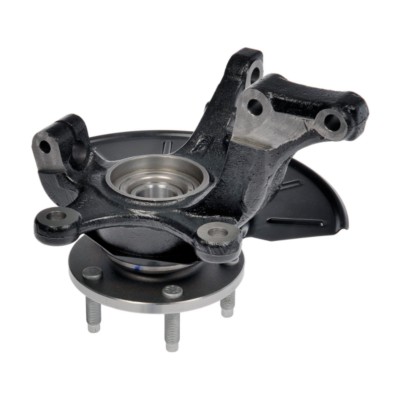 Wheel bearings shot? Normally this would mean stripping the knuckle all the way down, then wrestling the knuckle over to the shop press to remove the old bearing. Don’t have a shop press? Then you are likely stuck because that new bearing isn’t going in without a fight. Even with a shop press if the knuckle is crusted with rust, it could be a day long fight to free the bearing. And then you have to hope the knuckle itself wasn’t damaged by the struggle. But choosing to use a loaded knuckle can save hours of time while freshening up several parts at once. Get a new bearing, clean knuckle, fresh hub, and more depending on the application when you use a loaded knuckle. 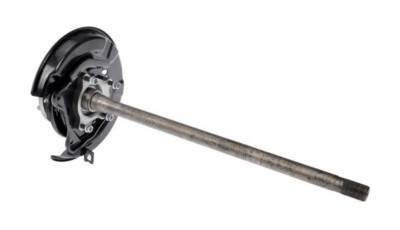 Toyota trucks and SUVs with solid rear axles are popular workhorses across the country, whether it is on the job site or taking the kids to practice. When the day finally comes to replace rear axle bearings things can get complicated. The old bearing will need to be pressed out using a shop press, while being careful not to damage the bearing housing. Unfortunately, damaging the bearing housing is all too common which you may not notice until putting things back together later. Now you have time wasted and need new parts. But what if you could just remove the old axle assembly, swap over a few bits, and be back on the road? That’s the idea behind a loaded axle assembly. It still takes time to remove/install the brakes on the axle, but overall repair time is drastically reduced.

Windshield wipers aren’t something you think about until the moment you need them. If you’ve traced a windshield wiper problem down to the motor, there is a good chance that the wiper transmission assembly itself could also use a refresh. Choosing a wiper motor and transmission assembly means new parts all the way through. No messing with getting the motor timed just right on the transmission, or finding out later the linkage is sloppy due to years of wear. Just remove the old wiper assembly and drop in a new one. You’ll save time and hassle later on.

Your time is valuable, so save some of it by trying a component assembly on your next repair.

Check out all the steering and suspension products available on NAPA Online or trust one of our 17,000 NAPA AutoCare locations for routine maintenance and repairs. For more information on choosing a component assembly, chat with a knowledgeable expert at your local NAPA AUTO PARTS store.