Chase Elliott led a season-high 129 laps in Saturday night’s race at Bristol Motor Speedway and was battling for the win in the closing laps before contact with a competitor cut his left-rear tire. He was relegated to a 25th-palce finish but advances on to the Round of 12 in the playoffs for the sixth consecutive season. 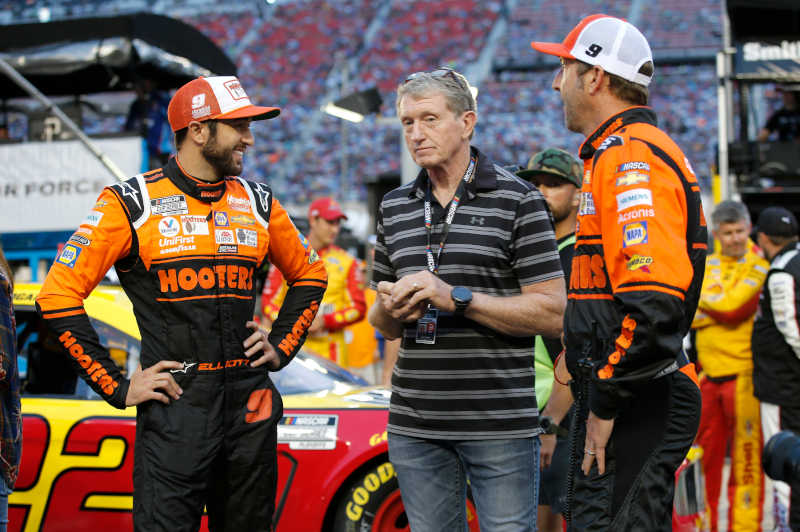 Elliott started Saturday night’s race at from the fourth position. He capitalized on starting in the outside lane and moved up to second on lap three and then into the lead on lap six. Elliott kept the lead through the competition caution on lap 41. During the yellow flag period, the No. 9 team pitted and maintained the lead for the ensuing restart on lap 48. The 25-year-old driver lost his momentum on lap 83 after getting bogged down by lapped traffic. As a result, he fell to third, where he ended the 125-lap stage. 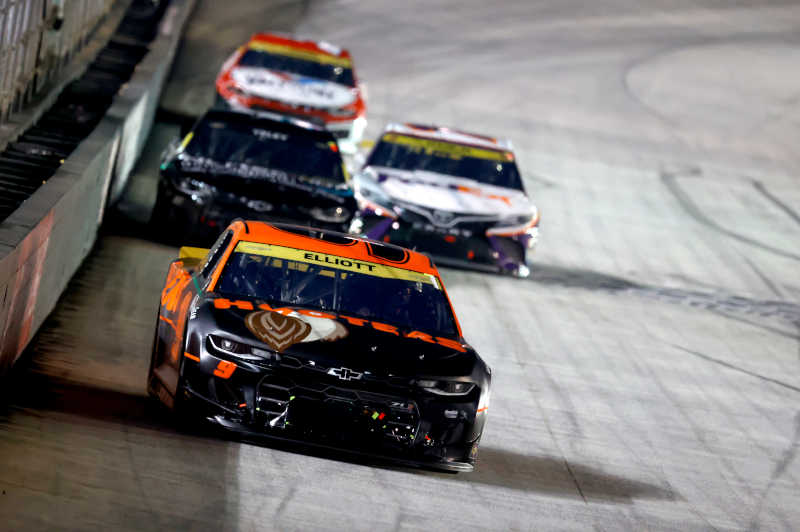 Between stages, the Hooters team pitted for four fresh tires and fuel. Unfortunately, Elliott was penalized for speeding on pit road and forced to drop to the rear of the field for the restart. By the time the next caution waved on lap 168, Elliott had made his way back up to 18th. The driver of the No. 9 pitted again, and a quick pit stop by the Hooters team gained him three spots on pit road. Elliott rejoined the field in 15th. 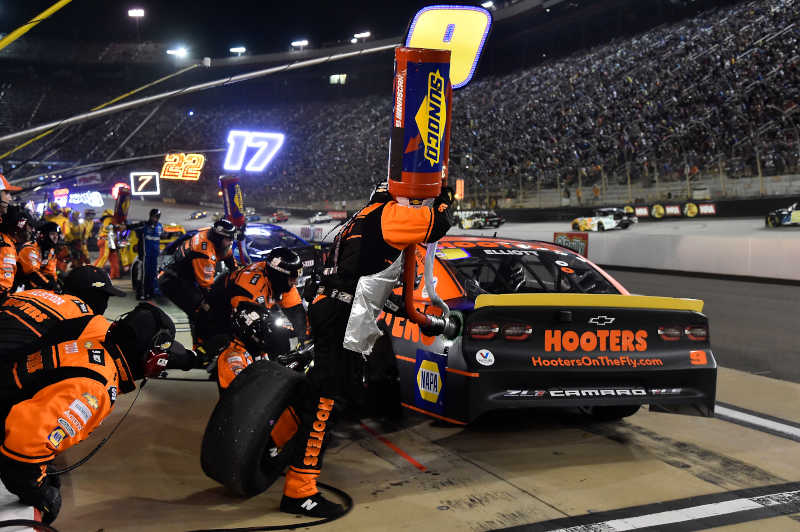 Elliott wasted no time charging to the front and re-entered the top ten on lap 187. He continued his march forward and was running seventh by the caution on lap 219. Crew chief Alan Gustafson elected to keep Elliott on track while several cars pitted for fresh tires. The strategy call pushed the Dawsonville, Georgia, native to fourth for the restart. He dropped one spot before finishing stage two in fifth. 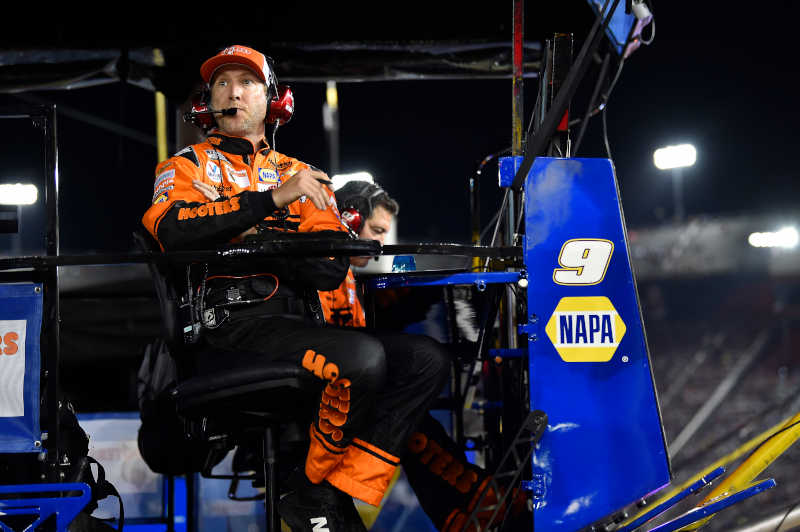 Following a pit stop between stages, Elliott rejoined the field in 18th when cars who pitted during the previous caution stayed out. He found speed in his new tires and moved back into the top ten on lap 267. After a lengthy green-flag run, Elliott was scored sixth when a caution flew on lap 363. Another caution came with 100 laps remaining while Elliott was running third. He stayed out and elected to take the inside of the front row for the ensuing restart with 93 laps to go. 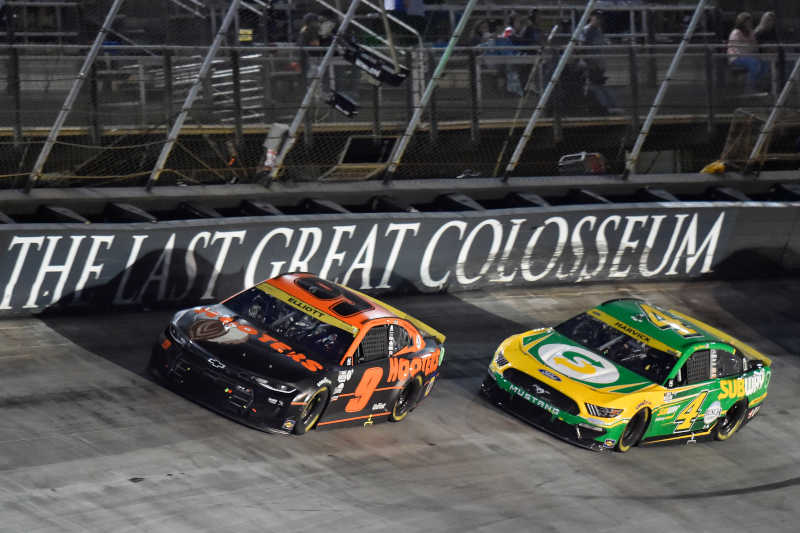 Elliott took the lead from his Hendrick Motorsports teammate Kyle Larson on lap 413. After fending off a challenge from behind, Elliott suffered a flat-rear tire due to contact with the No. 4 car on lap 466. The issue forced the Hooters team to make an unscheduled pit stop under green. The misfortune relegated Elliott to a 25th-place finish.

The No. 9 team secured their spot in the Round of 12 of the playoffs as the Series heads to Las Vegas.