His son Lee took the reins from his father and in 1991, Lee and his son Allen became partners. When Lee retired in 2005, Allen and his wife Mary Jo gained control of the company. Today, their sons Jesse and Matthew, the fourth generation of the Golder family, have joined the operation. Allen’s sister Kathryn Billeter is also working in the business.

The Golder family is among an elite group. It’s estimated only about 3% of all family businesses make it to the fourth-generation level and only about 0.5% of all companies have what it takes to last 100 years. Allen said, “Now that we’ve reached this milestone, my next goal is for my sons to see it through to 150.”

Changing With the Times

To do that, Allen knows a willingness to change with the times is key. “This is an ever-evolving industry. What we sold 40 years ago – caps, rotors, and points, for example, aren’t the same parts we’re selling today. Automobiles have gone digital just like everything else.”

While the importance of the right inventory hasn’t changed, inventory levels have. “In today’s world, it’s all about purchasing power,” Allen added. “Prior to COVID, we stocked about $.5 million in inventory in the North Bend warehouse to feed our stores. Last month I had $1.3 million in product there. Just-in-time inventory doesn’t work anymore.

“Problems we’re encountering today are due to longer shipping times from overseas, lack of people in manufacturing, fewer trucks on the roads, and not enough employees at various distribution points. Because of those issues, I’m buying 60 days worth of product at a time. That’s the way my grandfather did inventory in the 1940s and 50s and my father in the 60s and 70s. To be successful in today world it’s all about having the volume and purchasing power.”

And that is part of the reason the Golder’s decided to acquire two more stores in Gold Beach and Brookings last year. “We put the decision to add those stores to a family vote and we decided to go forward. That gave us added buying power and we’ve been able to hold inventory. You’ve got to be able to turn your inventory fast in order to go to market and buy truckloads in order to get the best price.

“We use what was formerly one of our stores in North Bend as a 12,000-square foot warehouse where we bring in product and distribute to all of our stores from there.”
In addition to the warehouse, the Golder’s have six NAPA stores located in Coos Bay, Coquille, Myrtle Point, Bandon, Gold Beach, and Brookings.

In addition to changing the way Allen handles inventory, COVID has also impacted business in the stores. While automotive parts stores and repair shops were deemed essential and allowed to stay open during the pandemic, everyone had to adjust the way they did business instituting measures including social distancing, sanitizing, masks, and more.
“The hardest part is being compliant with all the rules and regulations,” Allen said. “We have to make sure everyone, employees as well as customers, follow the rules. That effects customer service. The BOPIS program (Buy Online Pickup in Store) was very helpful. It gave us a way to help the consumer.”

The Golders’ sons, Jesse and Matthew, joined the business somewhat sooner than was originally planned. Allen’s sister Kathryn spent lots of time in family’s NAPA stores as a child and worked there as a high school student, but after college she pursued a career in banking. However, family circumstances recently brought her back and she’s handling some of the accounting responsibilities.

Mary Jo said, “We all hear stories about people being isolated due to COVID, but in our case, COVID has brought our family closer together.” 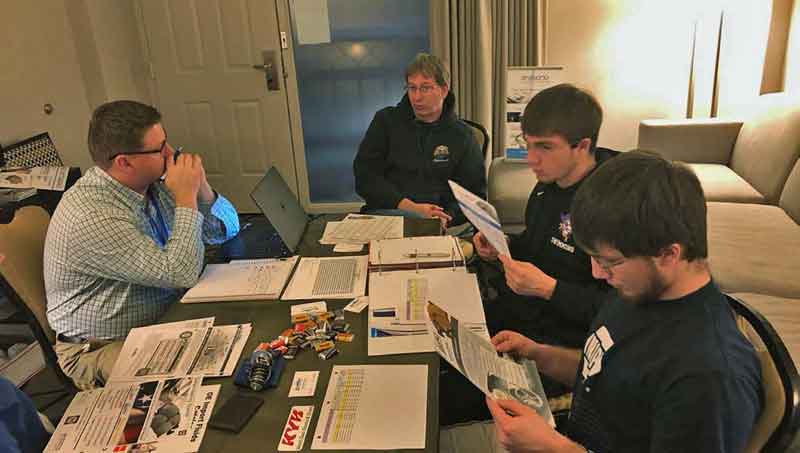 Like their father, Jesse and Matthew Golder literally grew up in the family’s NAPA stores. Allen said, “I remember Jesse crawling around on the floor pulling down boxes. My parents told me I did the same thing.”

Jesse, the older of the two boys, said, “Being a young kid in the store was about finding ways to entertain myself, but as I got older and more capable I had responsibilities like pulling stock orders, scanning, and eventually doing some deliveries when I was able to drive. 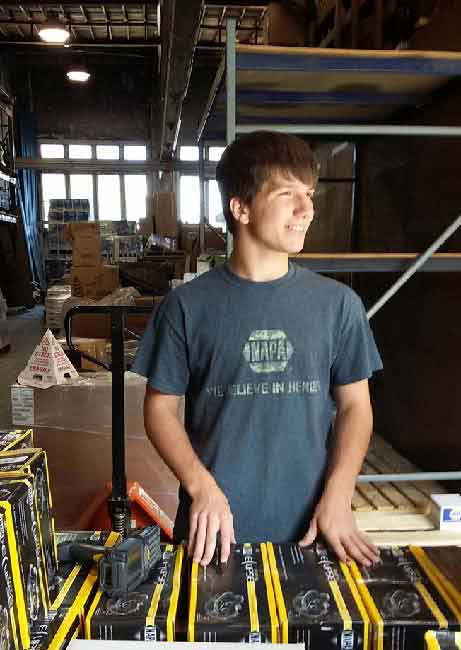 “For a long time, joining the family business was a back-up plan but I eventually realized the opportunities being in the stores afforded me outweighed other options I had been considering. I was a business major in college and the original plan was for me to step into an operations role but as COVID ramped up and the stores hit a few hiccups due to staffing I stepped into the manager’s position in the Brookings store and I’ve been rocking and rolling there ever since.”

As a young boy Matthew also remembers getting off the school bus at the Coos Bay store where his mother was working. “I liked hanging out at the counter and helping customers find what they were looking for,” he said. “After a few years, I started doing a little stocking. Eventually, I moved from stock boy at the store to warehouse work at the North Bend facility. During high school I was in the work study program and I moved back to Coos Bay to learn the counter. 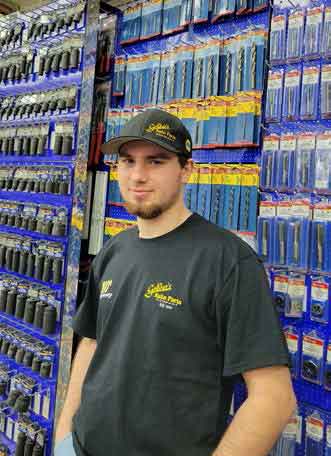 “About the time the family acquired the Brookings and Gold Beach locations, I went full commit to the business and worked outside sales at the Coos Bay store. Since COVID hit, I move around wherever I’m needed, but I do a lot of counter work which I love. Every day is different. I never know what’s coming when someone walks through the door.”

Matthew has taken advantage of NAPA Training including FastTrack as well as vendor training. “I’ve learned a lot and just being in the business and hanging out with my father has taught me a lot.”

Jesse said the focus right now is getting through continuing COVID challenges. “Right now I’m taking things year by year,” he said. “But if and when an opportunity for expansion comes up and we’re in a position to take advantage of it, I would be all for it.”

Allen is still very optimistic Golder’s NAPA will be around for another 50 years, at least. After all, during the first 100 years of operation, the Golder’s partnership with NAPA has endured through three generations, the Great Depression, wars, 9/11, COVID, and the changing times. Allen and Mary Jo look forward to seeing it to succeed well into the future with their sons Jesse and Matthew—the fourth generation—at the helm.