Chase Elliott scored his sixth top-10 finish of the season on Sunday night on the Bristol Motor Speedway dirt, driving to an eighth-place result. The race was halted twice for rain but ended up going its scheduled distance of 250 laps. Elliott remains the leader of the NASCAR Cup Series point standings as the team heads to Talladega Superspeedway next weekend. 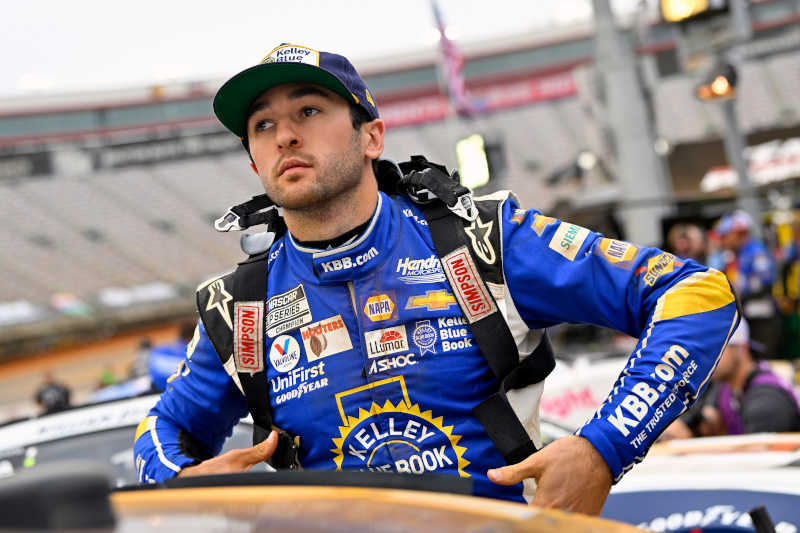 Elliott lined up ninth for Sunday’s  dirt race and was running in the 11th position when the competition caution came out on lap 15. He relayed that he was having a hard time keeping his Kelley Blue Book Chevrolet Camaro ZL1 at a nice angle through the corners. Restarting in that same spot, Elliott got stuck on the bottom lane and lost some positions on the initial laps but rebounded to 12th before a caution came out on the final circuit of the 75-lap first stage. 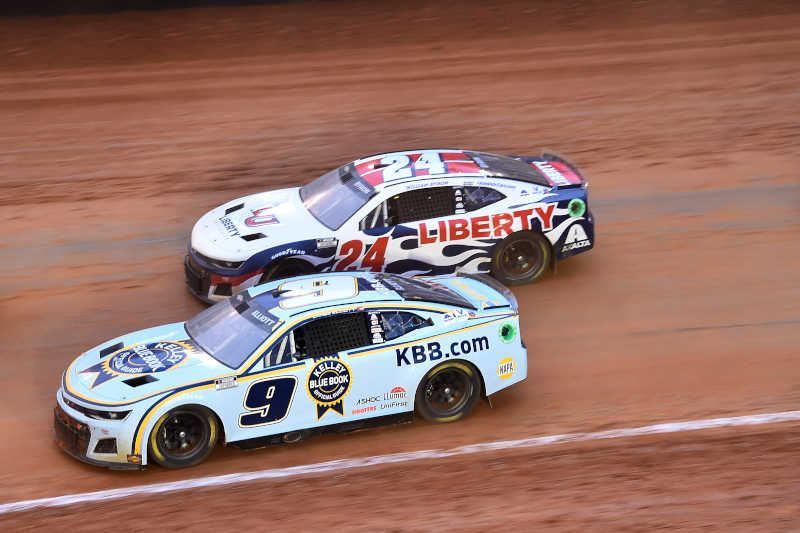 During the stage-break, crew chief Alan Gustafson called Elliott in for fresh tires and fuel. The Dawsonville, Georgia, native took the green flag for the second stage on the inside row in 15th and once again lost some ground with the top being the preferred lane for restarts. As stage two continued on, more caution flags ensued. Elliott methodically improved his position throughout the remainder of the stage to take the green-and-white checkered flag in the fourth spot on lap 150. 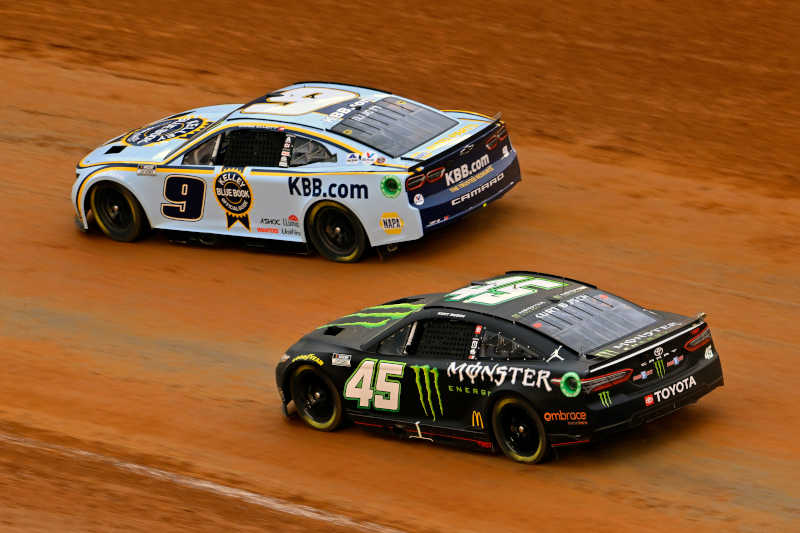 Towards the end of the second stage a light rain had started to fall, but not enough to stop the race. During the stage-ending caution, several teams, including the No. 9, opted to come to pit road while others decided to stay out. Before the final stage could get under way, the red flag was displayed for rain and the cars were called to pit road. Once the rain subsided and the drivers were called back to their cars, the race resumed for the start of the final stage. 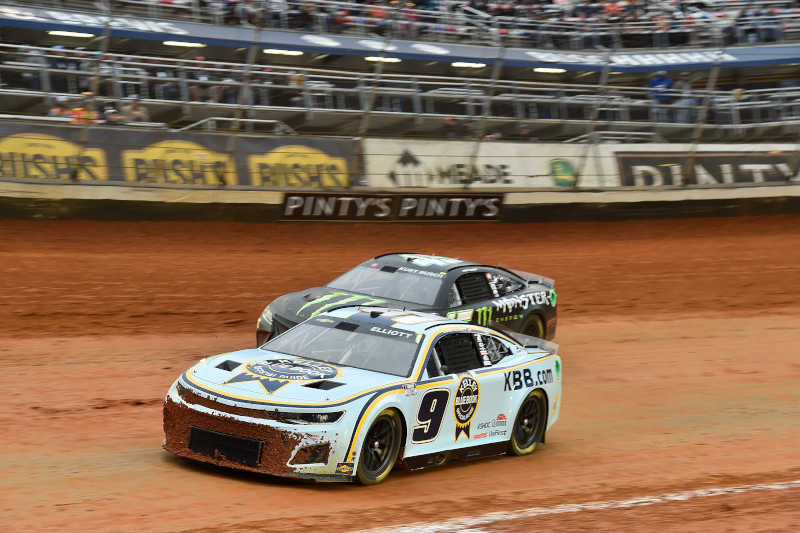 Elliott restarted from the 18th position and had dropped back to 25th before working his way up to 15th prior to a caution with 38 laps to go in the race. During the yellow flag laps, rain returned to the track and the race was halted once again. The rain let up not long after and the race continued with 24 laps to go. In those final laps, Elliott improved his position from 14th to finish eighth when the checkered flag waved. 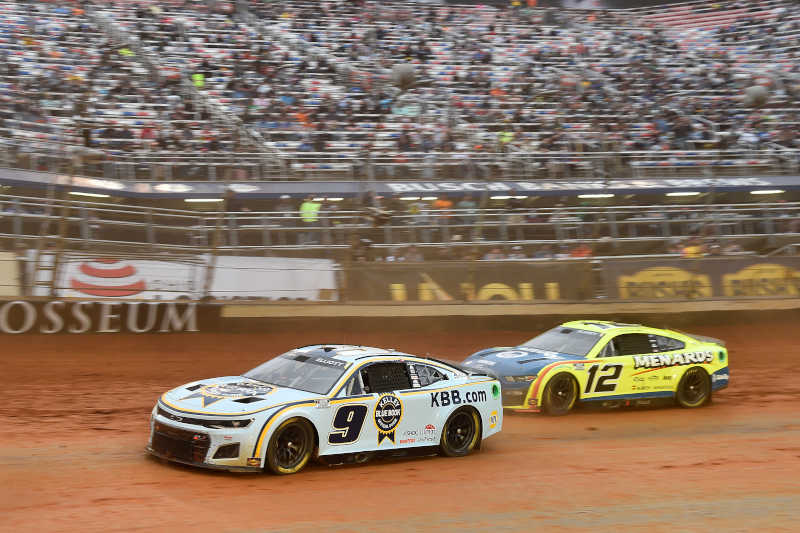 The finish was his sixth top-10 effort of the season through nine races. Elliott maintains his place atop the Cup Series point standings by three points over Ryan Blaney. 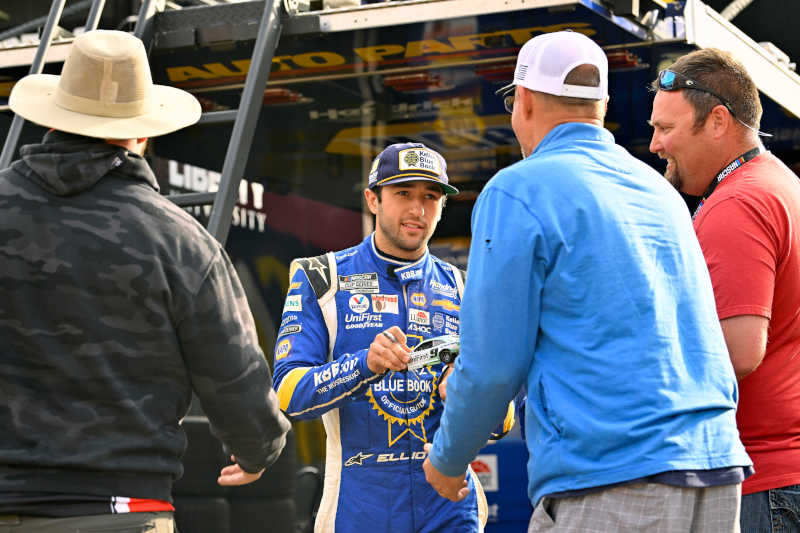 Chase Elliott During First Red Flag for Rain Delay – “Towards the end of that first stage, I feel like I started finally halfway figuring it out and was able to go forward some. A lot of it is just whether you get the bottom or the top. We don’t have to choose, but it’s really unfair regardless of which end you’re on. Unfortunately, those last couple restarts, we had the top. And all kind of at the same time, I felt like I was able to finally make some pace whenever I did get some track position too. Appreciate everybody on our No. 9 Chevy this weekend for sticking with it and sticking with me. I’ve struggled. I’m excited to have made some improvements throughout the race.”

Next Race: Sunday, April 24, Talladega Superspeedway
How to Watch or Listen: 3:00 p.m. ET on FOX, MRN and SiriusXM