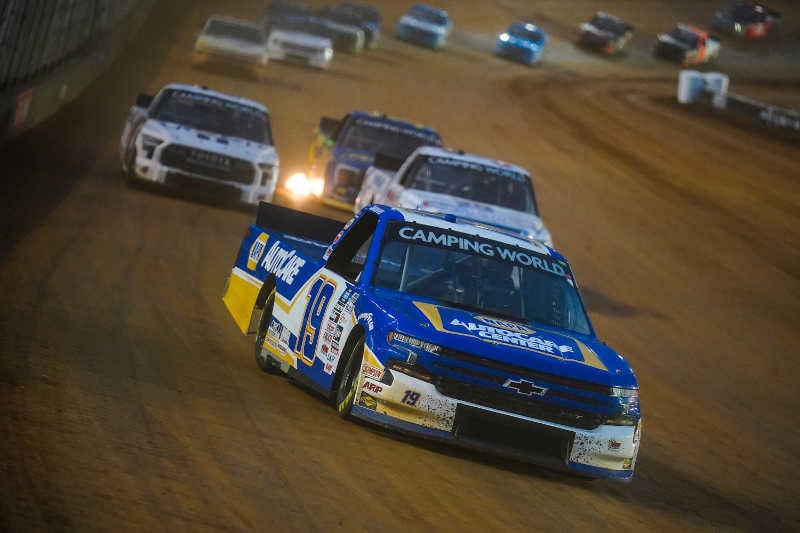 Howard, competing in his first race on dirt, charged to a 12th-place finish in the No. 91 Gates Hydraulics Chevrolet Silverado RST. It marked a career-best series finish for the 20-year-old from Simpsonville, South Carolina, in just his 11th series start.

Kraus was headed for a top-10 finish in the No. 19 NAPA AutoCare Chevrolet Silverado RST but got caught up in an incident about 10 laps from the checkered flag. He ended up finishing 29th. 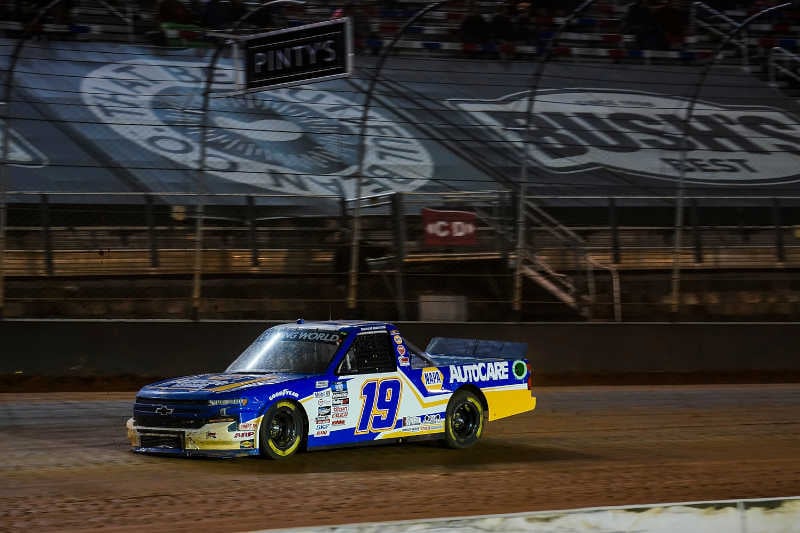 Kraus started 15th and grabbed a 10th-place finish at the end of the second stage to pick up a bonus point. He restarted in 17th after making a pit stop during the stage break. Kraus wasted no time in charging ahead and was up to ninth during a caution with 25 laps remaining. His effort was sidelined, however, with 10 laps to go when two trucks ahead of him spun around, and he could not avoid them. 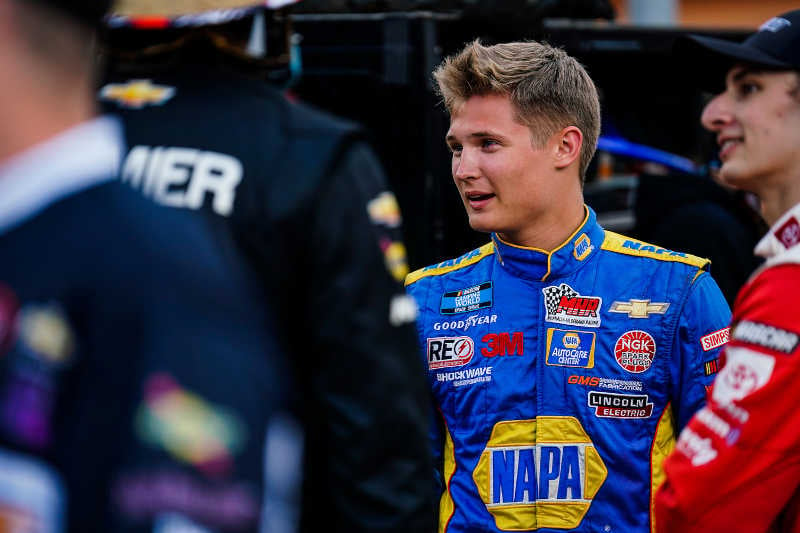 Before the race, Kraus and Howard participated in a fan autograph session and Q&A with Chevrolet as well.

“Our Chevy was really good tonight and was running great as the laps wound down,” Kraus said. “It’s disappointing to not have the finish to show for it. It was just a matter of being in the wrong place at the wrong time.”