Chase Elliott and the UniFirst team led 73 laps and battled inside the top five for most of Sunday night’s NASCAR Cup Series race at Las Vegas Motor Speedway before ultimately finishing 22nd after losing a number of positions on an overtime restart. 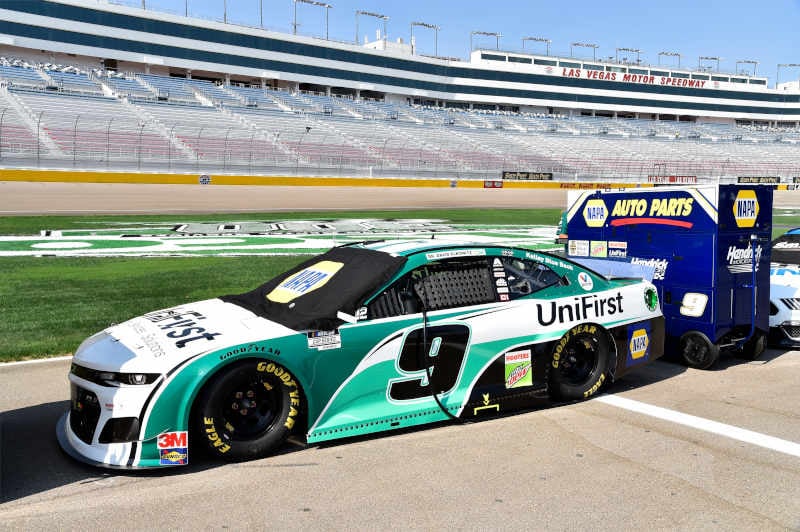 Elliott and the UniFirst team started Sunday night’s race from third and showed speed early as the Georgia native grabbed the lead on the opening lap. Elliott reported that his Camaro was too loose prior to the competition caution on Lap 25. During the caution, the UniFirst team elected to pit for four fresh tires, fuel and a trackbar adjustment. A hiccup on pit road lined Elliott up sixth for the Lap-31 restart. He quickly jumped to fifth and eventually moved to fourth where he would run for the remainder of Stage 1. 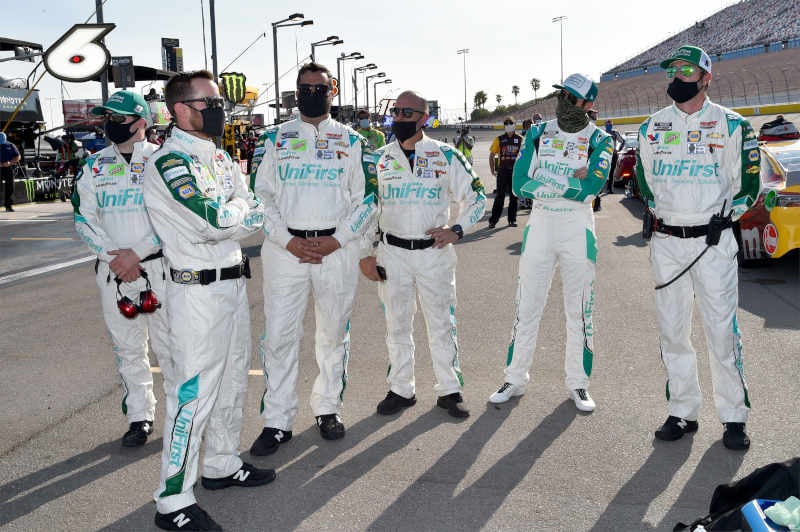 During the stage break, Elliott visited pit road for four tires, fuel and to undo the previous trackbar adjustment. The UniFirst team was fourth off pit road, but Elliott chose to line up as the third car in the outside lane for the ensuing restart on Lap 86. The 24-year-old driver immediately grabbed the fifth position and moved all the way up to second on Lap 89. Four laps later, Elliott reclaimed the lead. He held on to the top spot until crew chief Alan Gustafson called him to pit road for a scheduled green-flag pit stop on Lap 119. Once the field cycled through pit stops on Lap 146, Elliott was once again scored the leader. He fended off a strong challenge from the No. 11 to win Stage 2 – his eighth stage victory of the season. 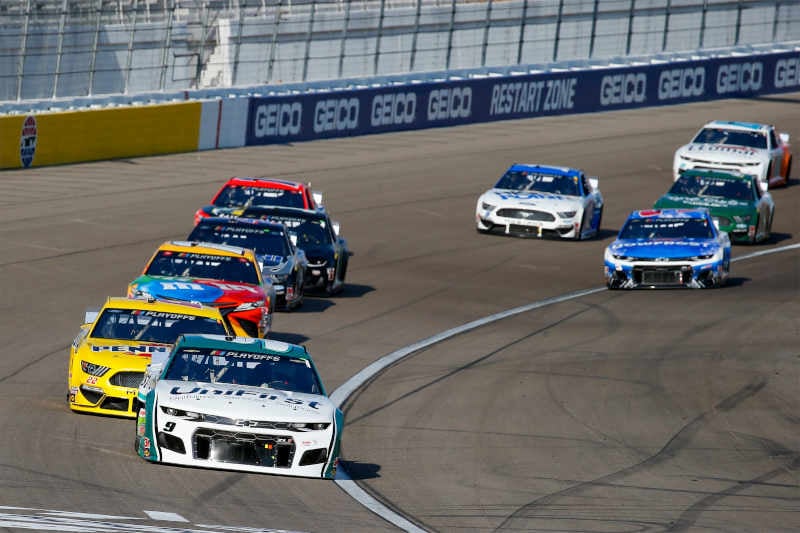 After the stage concluded, Elliott reported that he was pleased with the handling of his UniFirst Chevrolet. He pitted for four tires and fuel during the stage break and was third off pit road. Elliott once again chose the outside lane and restarted fourth on Lap 167. He pushed his way forward and was running second by Lap 176. He maintained the runner-up position until the caution waved again on Lap 191 for debris. After a pit stop, the UniFirst driver lined up third for the restart on Lap 197. An eventful four-wide restart dropped Elliott to seventh. He began his charge back to the front and was up to fourth by Lap 212. On Lap 221, Elliott began reporting splitter contact on his UniFirst Chevy as he slipped one spot to sixth. Gustafson called him to pit road for a scheduled pit stop on Lap 233. After pitting for four tires and fuel, a caution flag waved on Lap 235 before the entire field had made their pit stops. As a result, Elliott was scored one lap down. 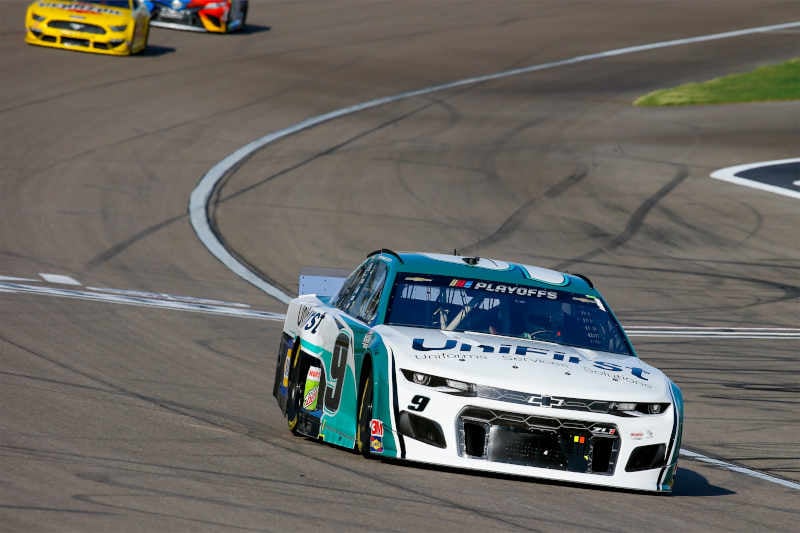 Before the race resumed on Lap 243, the UniFirst team took the wave around to rejoin the lead lap. Elliott lined up 15th for the Lap-242 restart. He began picking off spots and was scored 11th with 20 laps to go. When a caution flag waved on Lap 249, the UniFirst team was scored tenth. Elliott did not pit during the caution and chose the outside lane for a restart with 12 laps remaining. He reentered the top ten on Lap 256 and was scored ninth when yet another caution flag waved, setting up a two-lap overtime restart. 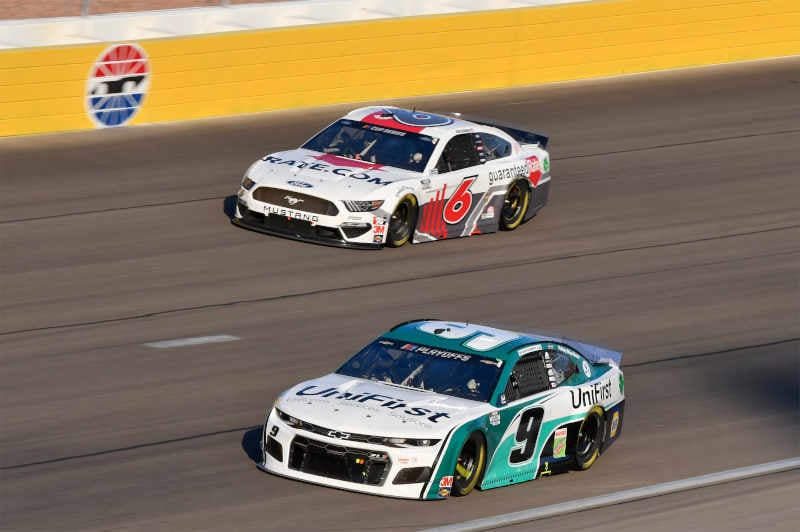 On the restart, Elliott lined up tenth but was stuck behind a much slower car with nowhere to go. The huge bottleneck resulted in Elliott losing all of his momentum and ending the race with a 22nd-place finish.

Next Race: October 4, YellaWood 500, Talladega Superspeedway
How to Watch or Listen: 2:00 p.m. ET on NBC, MRN and SiriusXM