2022 NASCAR Cup Series regular season champion Chase Elliott started second in Sunday’s event at Daytona International Speedway and led a race-high 31 laps before getting collected in a multi-car incident that badly damaged his No. 9 A SHOC Chevrolet Camaro ZL1. Elliott was unable to continue and was ultimately scored with a 29th-place result. The race, which was originally schedule for Saturday evening, was postponed to Sunday due to heavy rain. The 400-mile event was the final race of the regular season. Elliott enters the Cup Series playoffs as the top seed with a 15-point advantage. 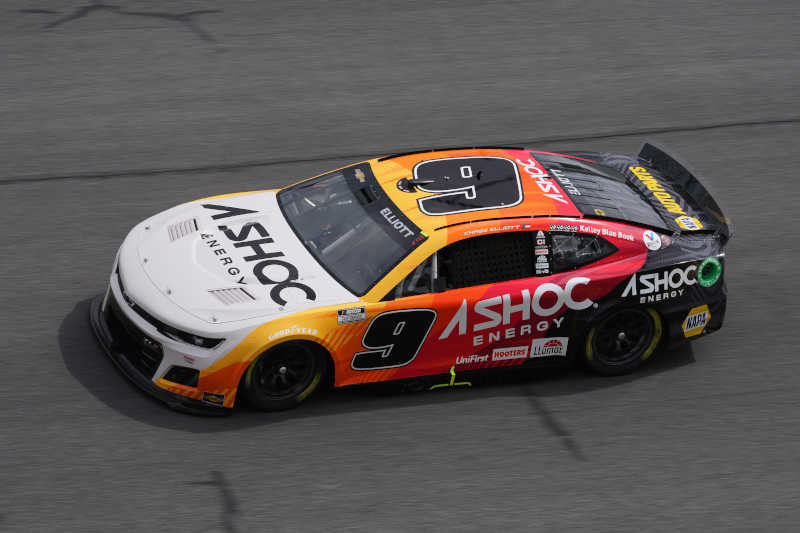 After rain washed out qualifying on Friday and postponed Saturday’s race, Elliott rolled off the grid from the second position. At the drop of the green flag, Elliott took command of the race, leading the opening 20 laps before the top lane started to build momentum. Once the outside lane got to the front, Elliott swapped the lead back and forth with the No. 43 of Erik Jones until the driver of the No. 9 A SHOC Chevrolet Camaro ZL1 dropped back to fourth. When the caution flag came out with five laps to go in stage one, Elliott was scored the leader. Opting to stay out and not pit, he lined up on the front row for a one-lap shootout. He battled side-by-side for the position but came up just short, coming to the line and settled for second to close out the first stage. 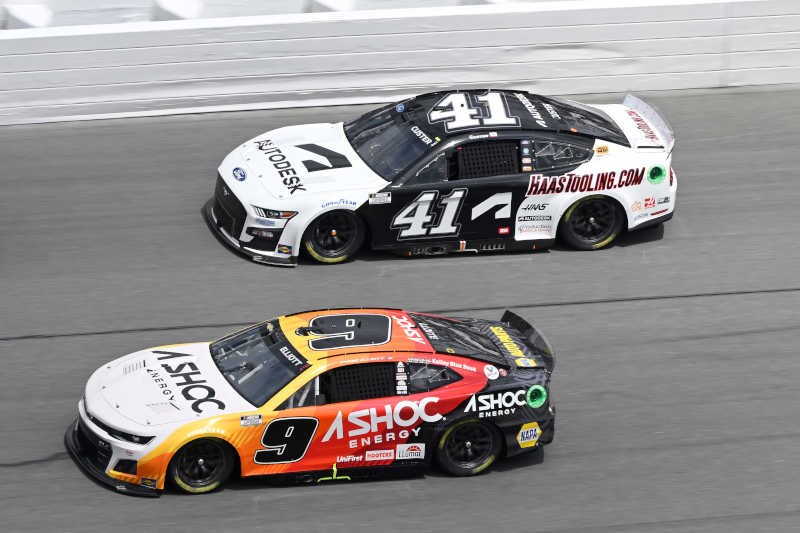 During the stage ending caution, crew chief Alan Gustafson called Elliott in for four tires and fuel. With many of the cars pitting prior to the conclusion of the stage, the team was already going to restart deep in the field, so they had Elliott come back to pit road to top off with fuel. The Dawsonville, Georgia, native took the green flag for the second stage from the 28th position on lap 41. He used the draft to methodically work his way back towards the front and was inside the top 20 when the team called Elliott to pit road for a fuel-only green-flag pit stop on lap 80. Back out on the track, Elliott cycled to the lead on lap 81 before the top lane gained momentum again. He dropped back to third with six laps to go in the second stage and continued to battle towards the front but got shuffled out of the pack on the final lap. He took the green-and-white checkered flag for stage two in the 21st position. 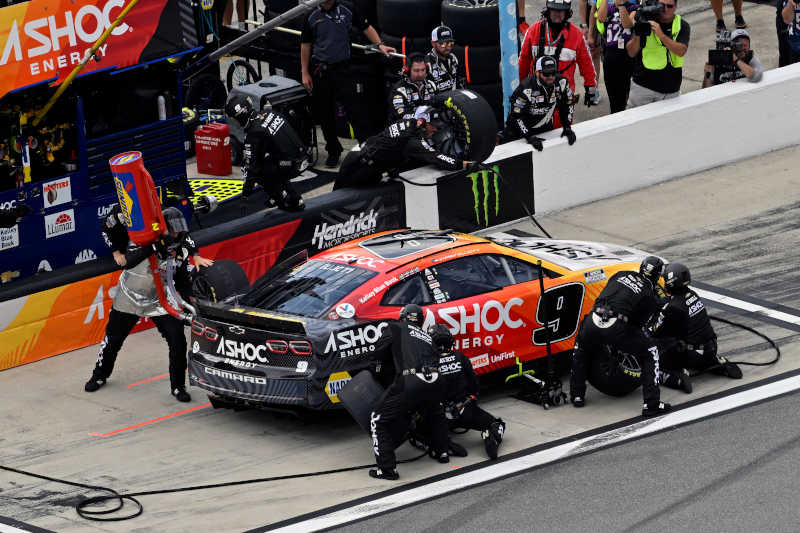 After pitting for four tires and fuel, Elliott lined up 16th to start the final stage on lap 101. Just one lap later, the caution flag waved for a multi-car incident, and Elliott was scored 12th. Staying out, he took the green flag from the same position with 53 laps to go. He continued to race in the main pack inside the top 15 and was scored in seventh when the caution flag came out again for another incident with 35 laps remaining. Under the yellow flag, Gustafson called Elliott to pit road for four tires and fuel. He restarted 10th with 30 laps to go and was in the sixth position when the yellow flag was displayed yet again before the field could complete a lap. Staying out, he lined up sixth for the restart with 26 laps to go, but another multi-car incident ensued with just over 20 laps remaining. Elliott’s Chevrolet was collected in the chaos and was too damaged to continue. He was relegated to a 29th-place finish. 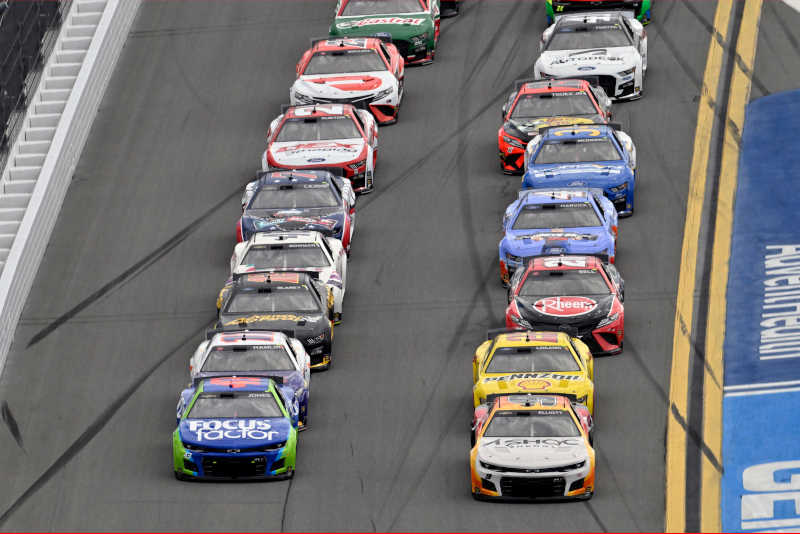 Next weekend the Cup Series playoffs kick off at Darlington Raceway. Elliott heads there as the top seed, 15 points ahead of second place.

Next Race: Sunday, September 4, Darlington Raceway
How to Watch or Listen: 6 p.m. ET on USA Network, MRN and SiriusXM