Brad Sweet and the No. 49 NAPA AUTO PARTS team earned their fourth win of the 2022 World of Outlaws Sprint Car Series season Friday at River Cities Speedway in Grand Forks, North Dakota. The team went on to finish on the podium at the Duel in the Dakotas at Red River Valley Speedway in West Fargo, ND, the following night. The win and third-place finish extended Sweet’s lead in the championship point standings. 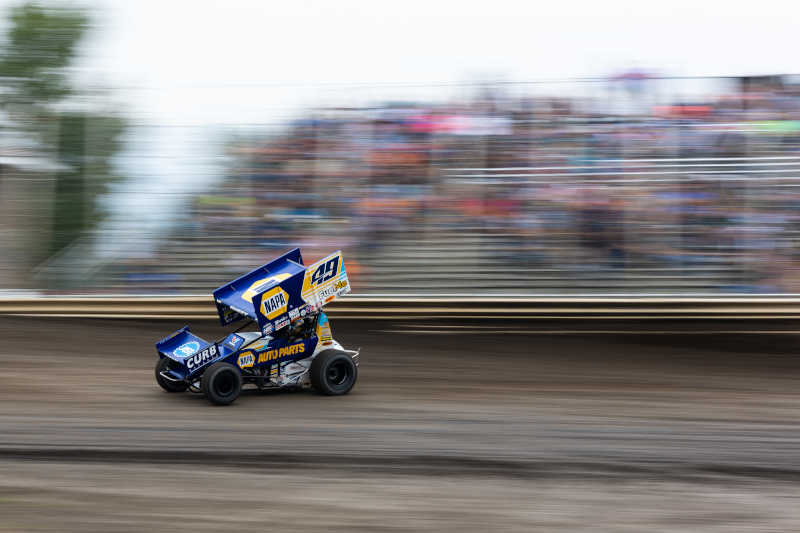 The weekend introduced the second leg of the Northern Tour as the NAPA team made their way to North Dakota for two nights of racing. Friday night in Grand Forks, Sweet was scheduled to qualify 31st out of 33 cars. Going out late, the Big Cat hit the charts at 9.855 seconds, setting quick time and slating Sweet to start first in Heat Race 1. 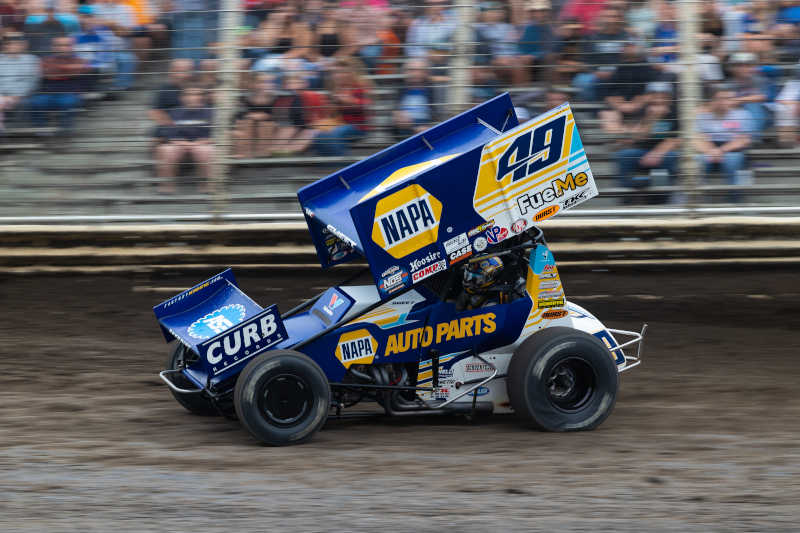 When his heat race went green, Sweet charged straight to the middle but found that the outside line had the advantage. Switching from the middle to the high line, the NAPA No. 49 tested the track surface to find more grip. Holding his line for seven more laps, Sweet took the checkered flag in second, punching his ticket to the Fast Pass Dash. 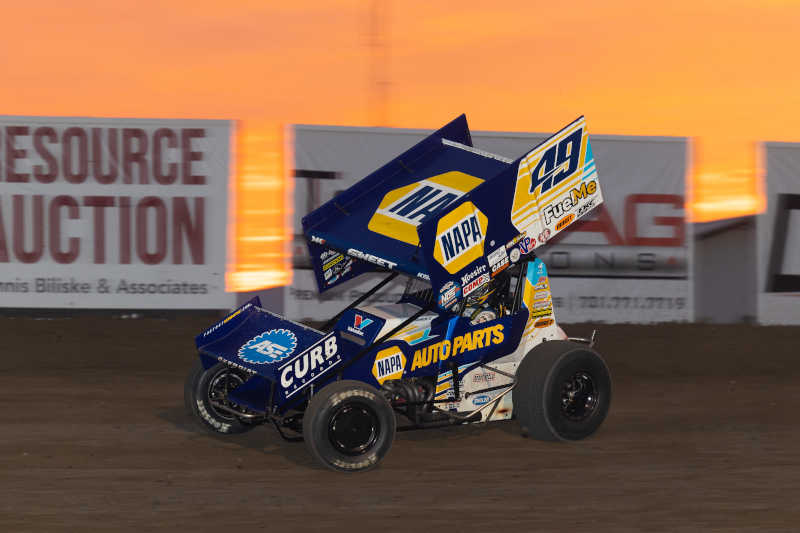 The Grass Valley, CA, driver pulled the third pill for the six-lap Dash, which gave Sweet an opportunity to put a in few more laps around the high-banked, quarter-mile oval. When the flagman dropped the green, Sweet jumped to the middle, attempting to gain on second-place runner Spencer Bayston. Unable to make the pass, Sweet remained in third to cross the line after the final lap, placing him third to start the 35-lap A-main event. 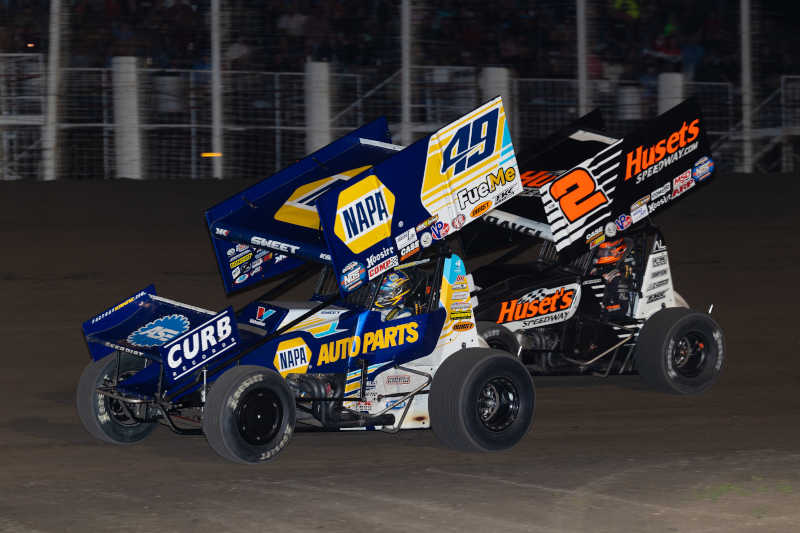 When the caution lights went out and the green flag waved, Sweet jumped low and passed Bayston for second on the first lap of the feature. Gaining on race leader Sheldon Haudenschild, the No. 49 entered heavy traffic. By lap 10, Sweet was side by side with Haudenschild. As the two negotiated traffic, Sweet took the lead and began to separate himself from the field. Despite several cautions, the Big Cat still managed to take off after each restart. After 35 laps, Brad Sweet took the checkered flag and parked the NAPA No. 49 in River Cities Speedway victory lane. 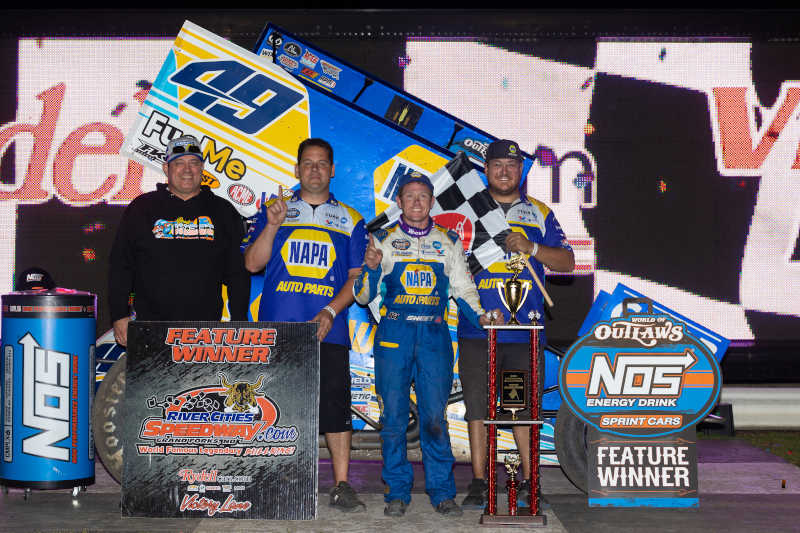 Coming off the previous night’s win, the NAPA team made its way to Red River Valley Speedway. With 29 cars signed in to competition, Sweet was scheduled to qualify 11th. The Big Cat stopped the clock at 12.071 seconds, placing him sixth overall and lining him up second for Heat Race 3. With the NAPA team looking to replicate the previous night’s success, the heat race went green. Sweet stayed side-by-side with the leader for a whole lap around the 3/8-mile track. Heading back into turns 1 and 2, Carson Macedo had the advantage while Sweet fell to second. Sweet held his spot for the remaining six laps and took the checkered flag in second, earning his spot in the Fast Pass Dash. 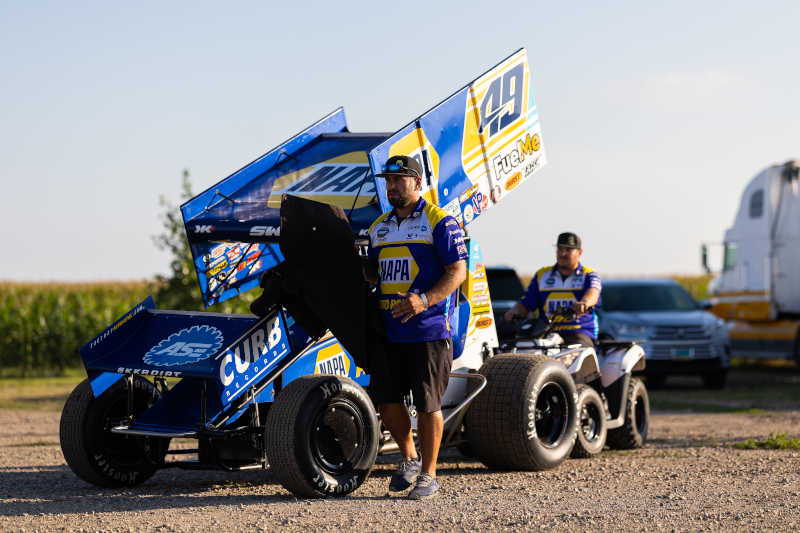 “We never give up,” Sweet said. “You’re going to go through a lot of adversity through a World of Outlaws season.” 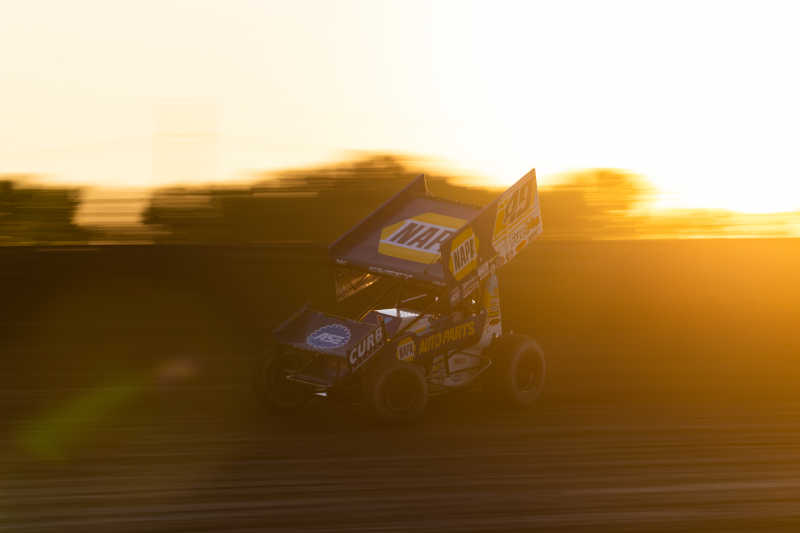 After Sweet drew the second pill for the Dash, the NAPA driver lined up on the outside of Macedo. The Big Cat challenged for the lead on green but fell back to second. Both drivers were carrying speeds that were just a tenth of second shy of the Red River Valley track record. Crossing the finish line in second, Sweet would again line up outside Macedo for the 30-lap feature race of the evening. 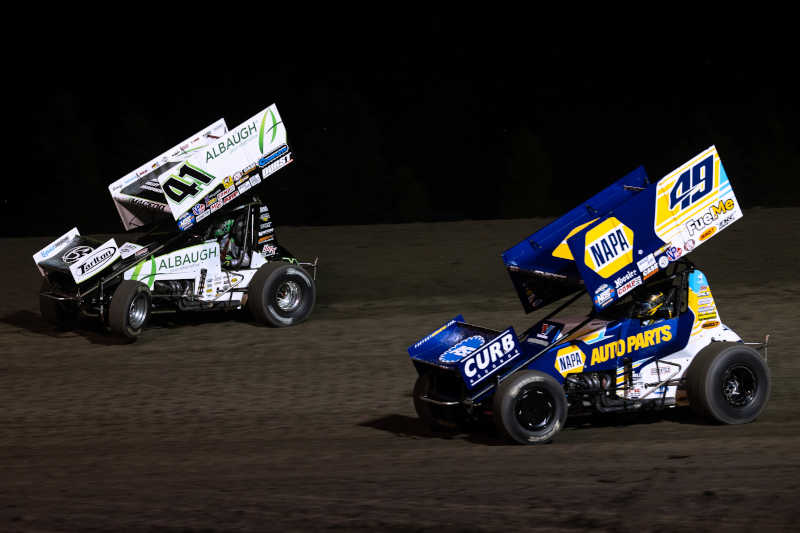 When the A-main went green, the driver of the NAPA No. 49 ripped the top and took the early lead. After 10 laps, the leaders found the back of the field and began navigating traffic. After a caution came out and the accident was cleaned up, the field restarted. Sweet fired off first and used all 900 horsepower to jump out front. The leaders again found lapped traffic, and Sweet was held up by a slower car. Macedo acted on the advantage and took the lead. Relentless, the Big Cat made several attempts to regain when another caution was displayed. On a restart with three laps to go, Sweet went low while Ryan Timms went high. Timms took advantage for the pass, and Sweet brought the NAPA AUTO PARTS No. 49 home in third. 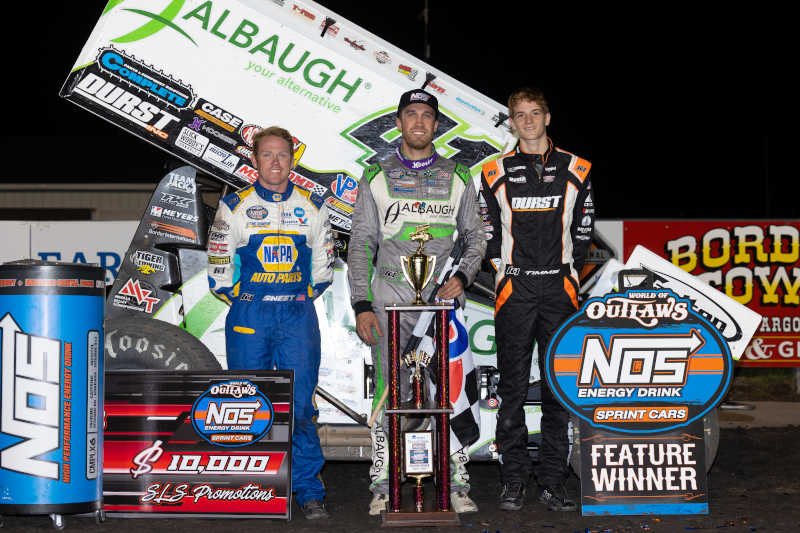 “It’s always great when we get a couple of hundred NAPA folks out here,” Sweet said of the significant crowd of guests in attendance at Red River Valley.