The World of Outlaws Sprint Car Series made its first and only trip to New York of the 2022 season for the Empire State Challenge at Weedsport Speedway. The double-header weekend would prove to be a challenge indeed for Brad Sweet, driver of the No. 49 NAPA AUTO PARTS sprint car, and his team. 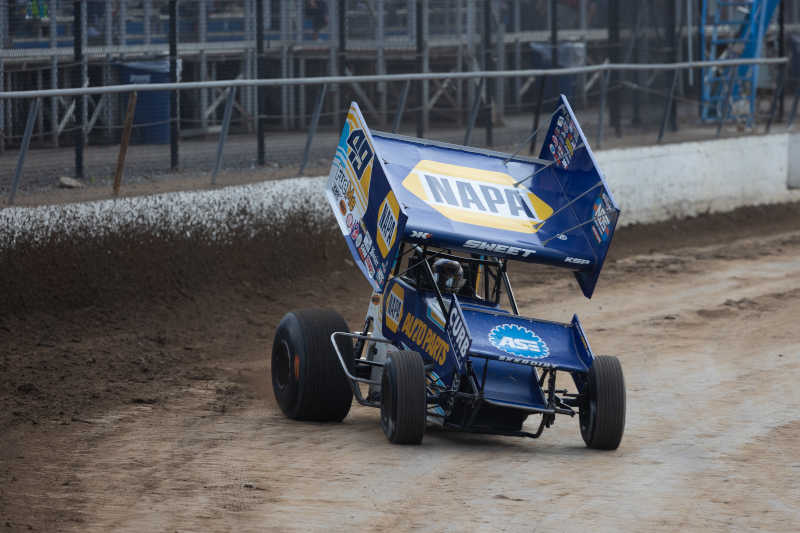 On Saturday, 29 cars signed into competition, with Sweet drawing the 17th pill for qualifying. Once the Kasey Kahne Racing driver hit the track for his qualifying run, he stopped the clock at 14.693 seconds, placing him sixth overall. The No. 49 started outside the pole in second for Heat Race 3 and held onto that position, punching his ticket to the Fast Pass Dash. 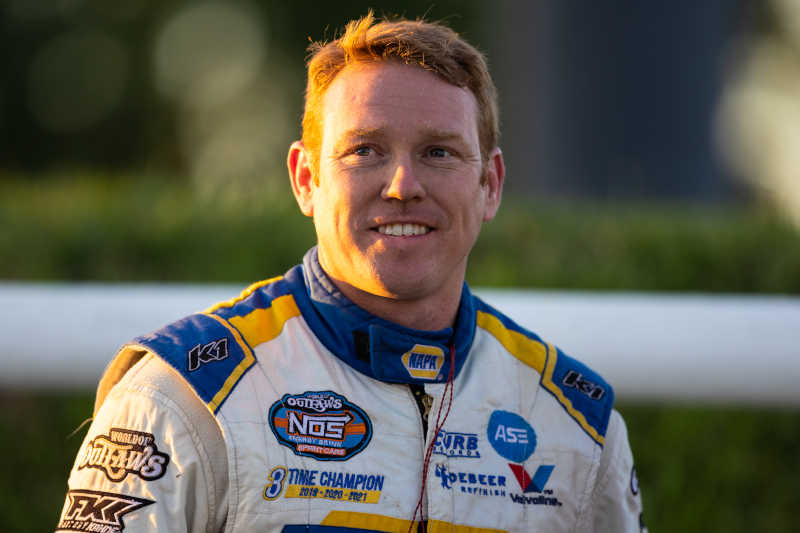 Sweet drew the third starting spot for the dash and said, “This is a good time to get some momentum rolling.”

At the start of the six-lap dash, Sweet immediately jumped down low but moved back to the top due to slick track conditions. Holding third, he continued to run the top. On the last lap, Sweet went down low; competitor Sheldon Haudenschild ripped the top and took the third spot. Sweet took the checkered flag in fourth. 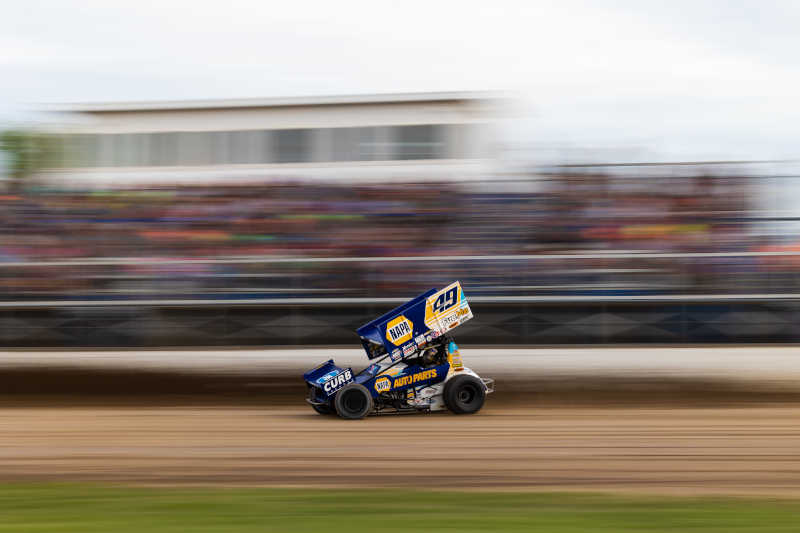 The NAPA AUTO PARTS No. 49 was slated for a fourth-position start in the A-main event. When the green flag dropped, Sweet had a rocket of a start and quickly jumped to third. A caution came out after just a few laps, bringing the field to another side-by-side start. Sweet spun the tires on the restart, allowing competitors to get by him. As he tried to make his way back to the front, Sweet was challenged by a slick and very technical surface. A late-race caution gave the NAPA driver a chance to recover the lost positions. At the restart, the Big Cat picked off two cars and crossed the line in fourth. 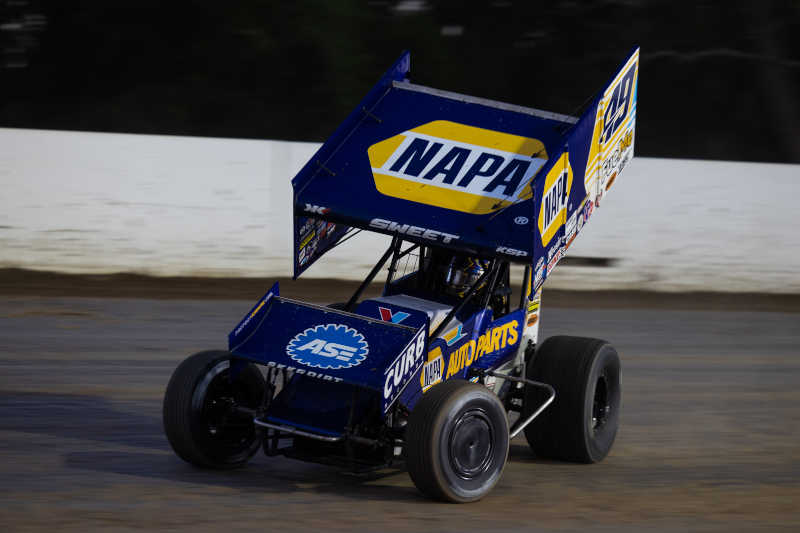 Sunday brought the final night of the Empire State Challenge and the final night of racing in New York for the 2022 season. With the same 29 cars signing into competition, Sweet drew the last pill for qualifying, 29th. Hitting the charts at 14.309 seconds, Sweet placed 14th overall. The Big Cat was scheduled to start fifth in Heat Race 2. 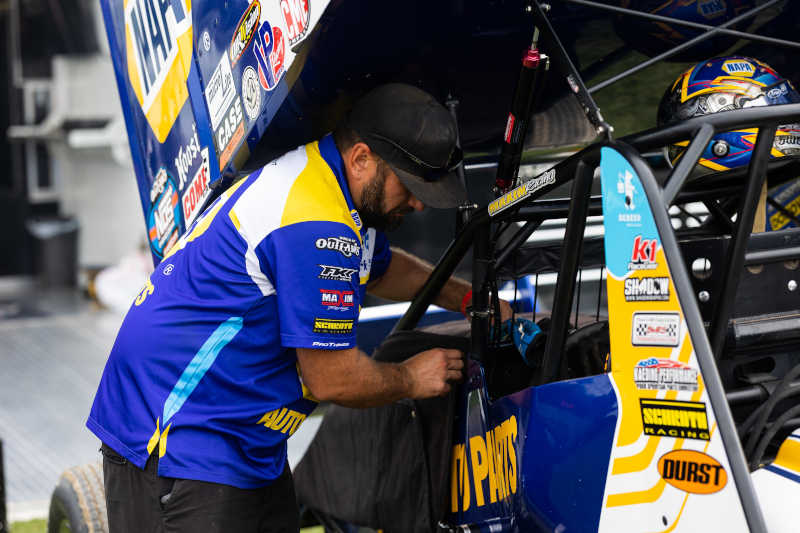 Running the high line in Heat Race 2, the NAPA AUTO PARTS No.49 passed the boss, Kasey Kahne, on the second lap, but the Big Cat wasn’t done there. With two laps to go, Sweet passed competitor Paulie Colagiovanni for third and finished in that position. Next
up was Sunday’s feature race. 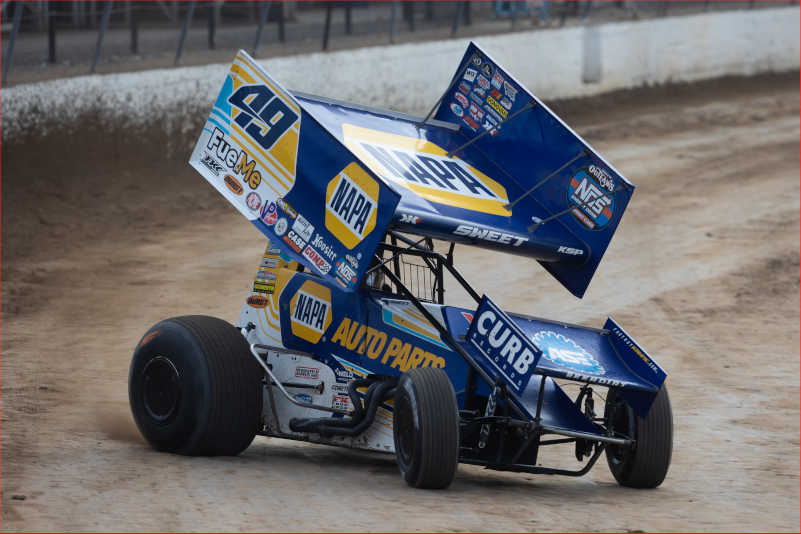 Starting eighth, the NAPA AUTO PARTS team was ready for 30 laps around Weedsport Speedway. The field raced into action as the green flag dropped. Battling through competition, Sweet ran the high line, trying to gain traction where he could. The NAPA No. 49 was searching for lines on the very slick and technical surface, which proved to be tricky. Sweet managed to pass for seventh and held his line for the rest of the race, finishing seventh. 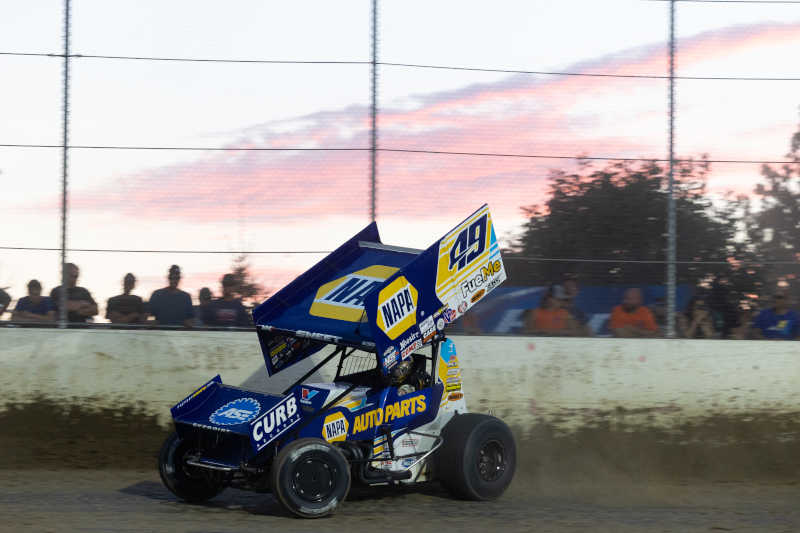 Next Race: Friday, August 5, I-55 Raceway, Pevely, MO
How to Watch or Listen: www.dirtvision.com

NAPA Know How Blog Empire State Proves a Challenge for Sweet & No. 49 Team