Defending NHRA Camping World Series Funny Car champion Ron Capps raced to victory on Monday afternoon at Indianapolis Raceway Park, finally capturing that first NHRA U.S. Nationals triumph that had been eluding him for more than two-and-a-half decades. Capps took his NAPA AutoCare Toyota GR Supra to the finish line in 3.913 seconds at 327.98-mph to defeat Robert Hight in the final round, scoring his third win as a team owner and 71st overall. The victory came one day after he won the Pep Boys All-Star Call Out specialty race, allowing Capps the opportunity to double-up at the ‘Super Bowl of drag racing.’ 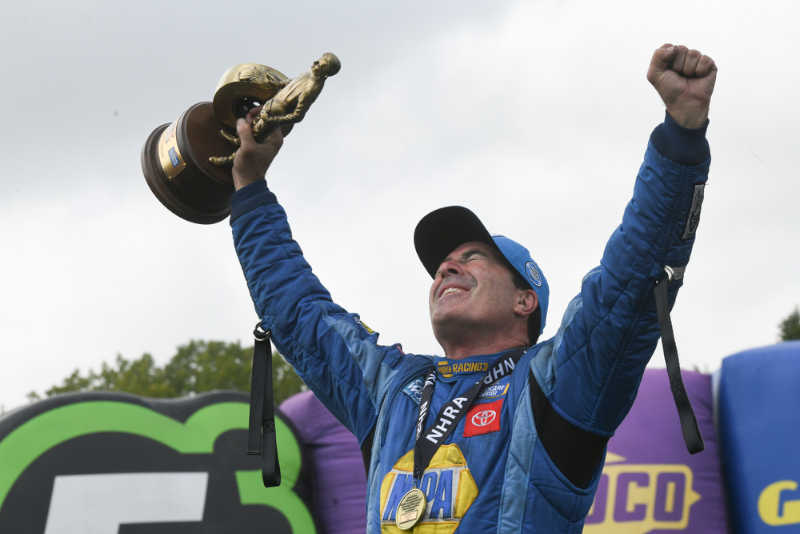 “It’s such a surreal feeling, I can’t even put it into words,” said an emotional Capps following the momentous win. “There are so many emotions that come from winning such a big event that exemplifies NHRA’s heritage and history. To not only win Indy on Monday, finally, but to win the big Call Out race, and get the pole position all in one weekend, it was like I was held back, and held back, and held back, and then, the flood gates opened. This year has been so crazy being a first-year team owner and having so much help around me. So many people wanted to be a part of what we were doing, and what we’re building, and it was so nice to have that support. Don ‘the Snake’ Prudhomme, my old boss, texted me right before I put my helmet on for the finals and he said, ‘one more, kid, go get ‘em,’ and I can’t wait to call him.” 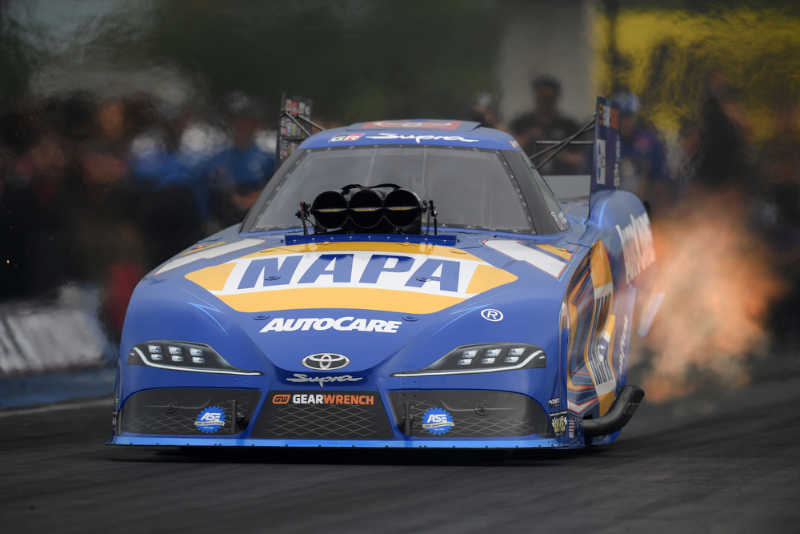 Capps has been vying for a U.S. Nationals trophy since 1995 when he made his Indy debut aboard a Top Fuel dragster. He returned to Indy competition in 1997 behind the wheel of Prudhomme’s Funny Car, and it wasn’t until 2017 that he was able to advance to his first final round at the ‘Big Go,’ finishing as the event runner-up. He came close to tasting victory once again in 2021 before his final round competitor, Tim Wilkerson, laid down a monster run, denying Capps the chance of hoisting a U.S. Nationals Wally trophy. Capps has referred to Wilkerson’s 2021 final round pass as the ‘run of the year,’ and was still smarting from the loss entering the 2022 event, leading him to select Wilkerson as his round-one competitor during Sunday’s Pep Boys All-Star Call Out event. 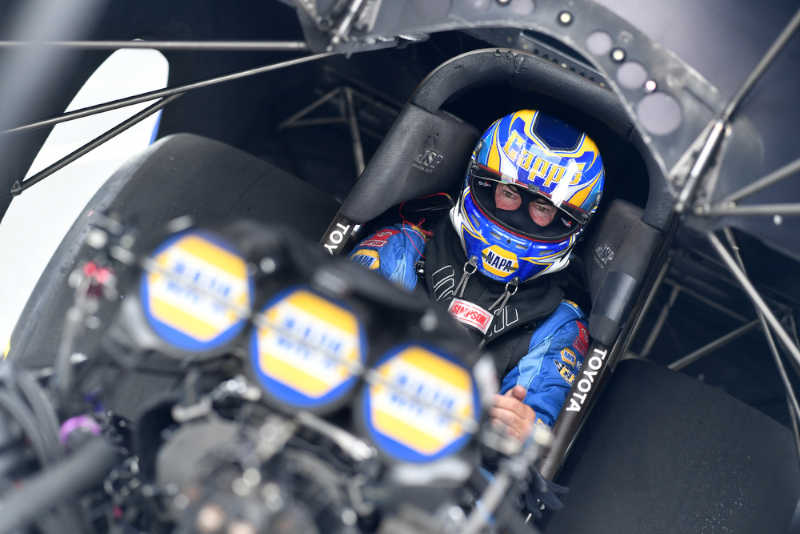 Capps exacted revenge on Wilkerson during round one of the specialty race when he powered his NAPA AutoCare Supra to a blistering 3.864 E.T., which vaulted him to the top of the Funny Car timing sheets. The two-time world champion then went on to defeat John Force and Matt Hagan to win the coveted $80,000 purse while maintaining his No. 1 qualifying position in the process. 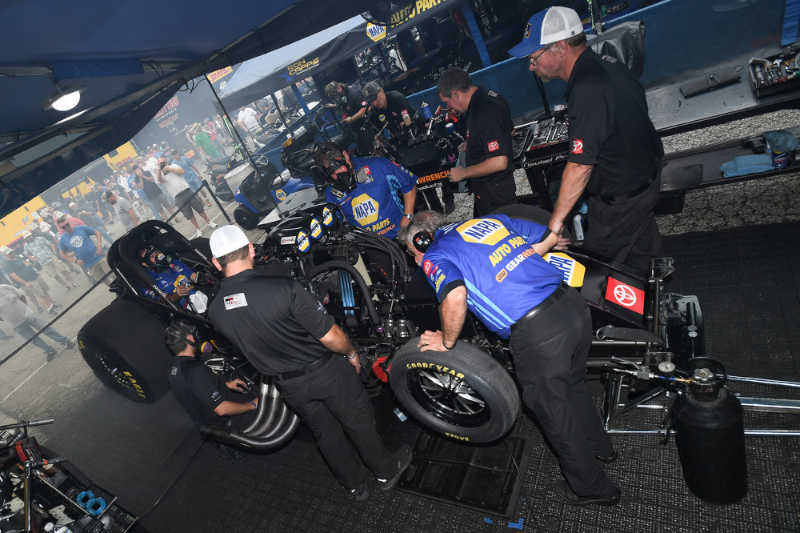 Starting from the top of the U.S. Nationals elimination ladder for the first time in his career, and 34th time overall, Capps clocked three 3.8-second passes to defeat Dale Creasy Jr., J.R. Todd, and John Force to reach his third U.S. Nationals final round. Against Hight, Capps moved first and took the NAPA AutoCare Supra on its ninth consecutive three-second pass while his opponent suffered early traction issues. 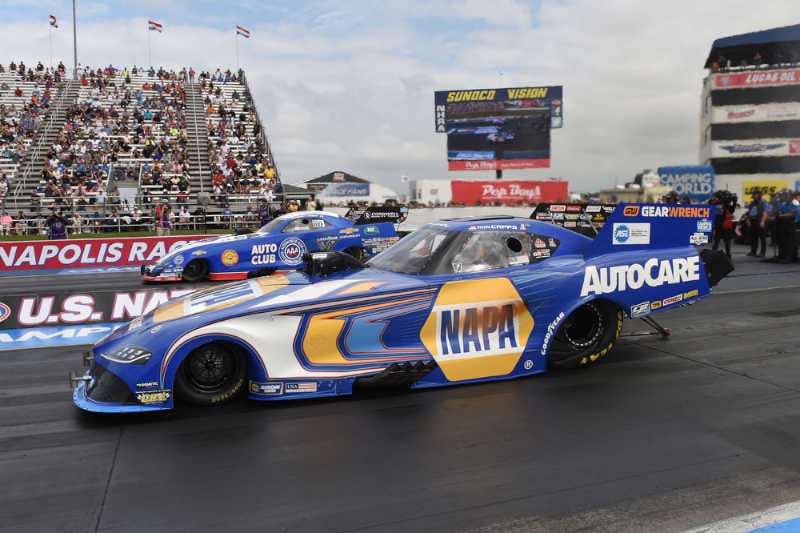 As if Capps’ U.S. Nationals outing couldn’t get any better, he was surrounded by his wife and two kids among other friends and family members as he enjoyed his banner weekend. By clinching the win, Capps and the Dean ‘Guido’ Antonelli/John Medlen-tuned NAPA AutoCare team accomplished their goal of moving ahead of Matt Hagan in the point standings and locking in the No. 2 seed to start the NHRA Countdown to the Championship. 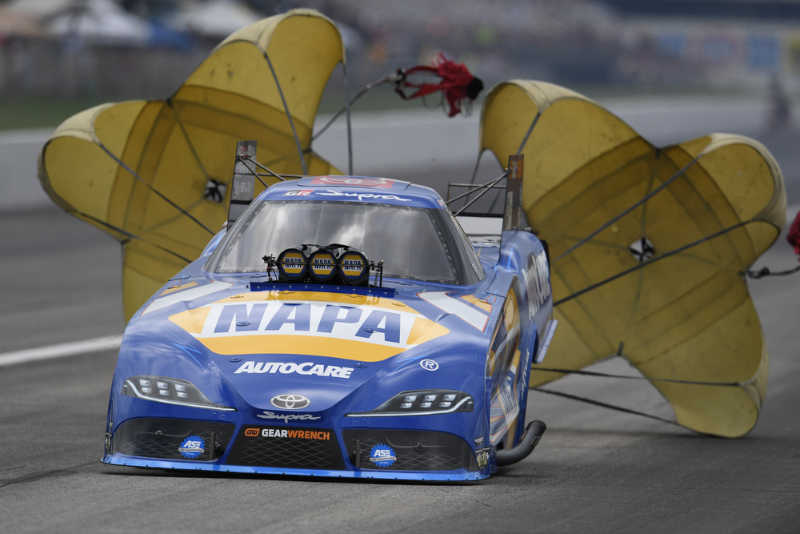 “There are so many neat things that have happened in my life this past year,” added the owner of Ron Capps Motorsports, whose on-track accomplishments include three wins, five No. 1 qualifiers, a Call Out event victory, and two runner-up finishes in his first 16 races as an NHRA team owner. “I’m living the American dream, now running my own business. We’ve been trying to win this one for a long, long time. My wife’s birthday always falls on this weekend, and we’ve been trying to win this with her here. And with each round win, she’s adamant about everyone sitting in the same seat, in the same place, so yeah, we’re going to celebrate and it’s going to be a large time tonight. But, before you know it, we’ll be back at Reading, and beginning the battle for our championship defense.” 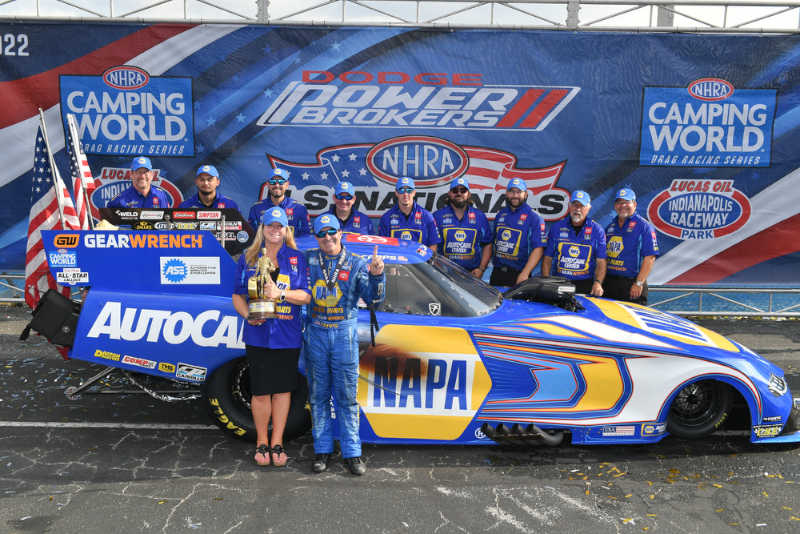 The No. 2 ranked Capps and the NAPA AutoCare team will kick off their playoff campaign at the Pep Boys NHRA Nationals in Reading, Penn., Sept. 16-18, as they attempt to go back-to-back and win a third Funny Car world championship.