It was a busy weekend for Brad Sweet and the NAPA AUTO PARTS Kasey Kahne Racing (KKR) team as the World of Outlaws took on three tracks in three days. Coming off of a weekend sweep and his seventh victory this season, Sweet looked to continue the strong runs that the No. 49 team have been posting lately. 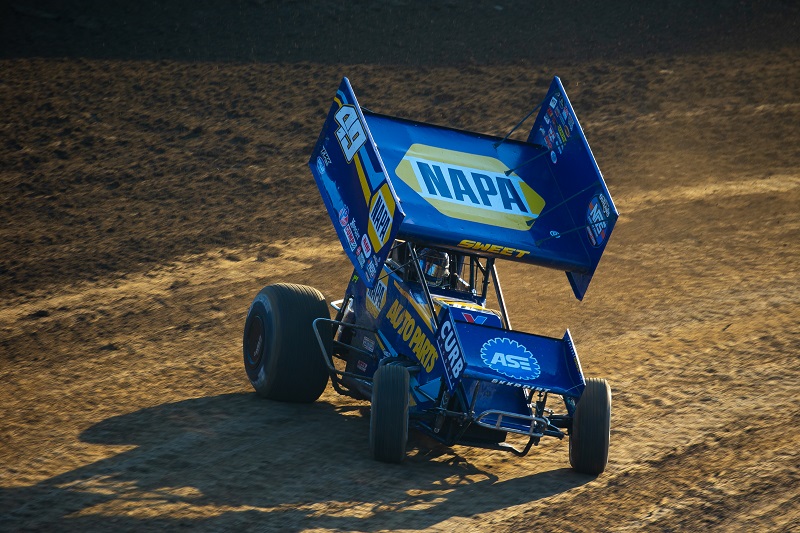 On Friday, Sweet and the KKR team arrived at 34 Raceway in West Burlington, IA, where they qualified 16th out of 26 cars. This lined the No. 49 car up sixth for the eight-lap heat race around the 3/8th-mile track. Sweet gained two positions during the shootout but fell just short of advancing to the Fast Pass Dash. 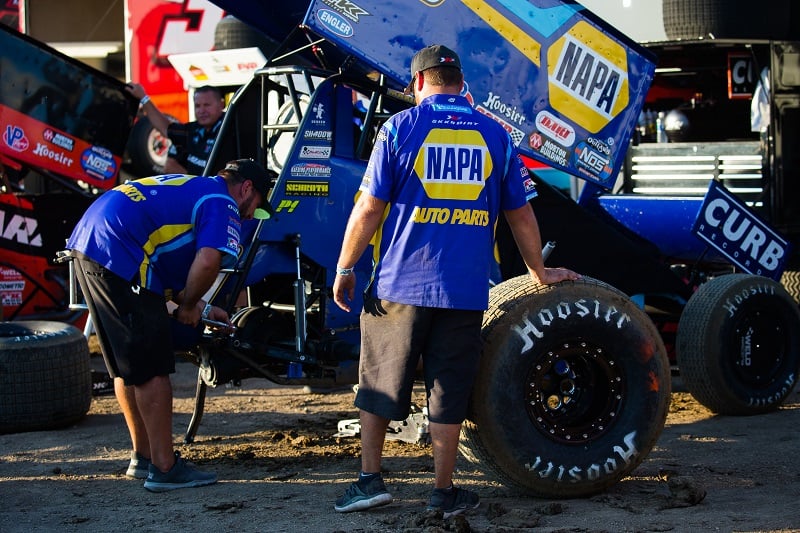 The NAPA AUTO PARTS car started Friday’s 30-lap feature from the 10th position. When the green flag flew, Sweet maintained his position but couldn’t advance through the field like he had hoped. Without any cautions, the No. 49 was riding in the ninth position at the halfway point. While the leaders battled ahead, Sweet slowly gained track position; he was scored fifth with five laps remaining. A caution fell with two laps to go, giving the KKR guys the break that they needed. Sweet restarted third and held on to that position until he took the checkered flag. Friday’s race marked the 15th podium finish for the KKR team in just 20 starts this season. 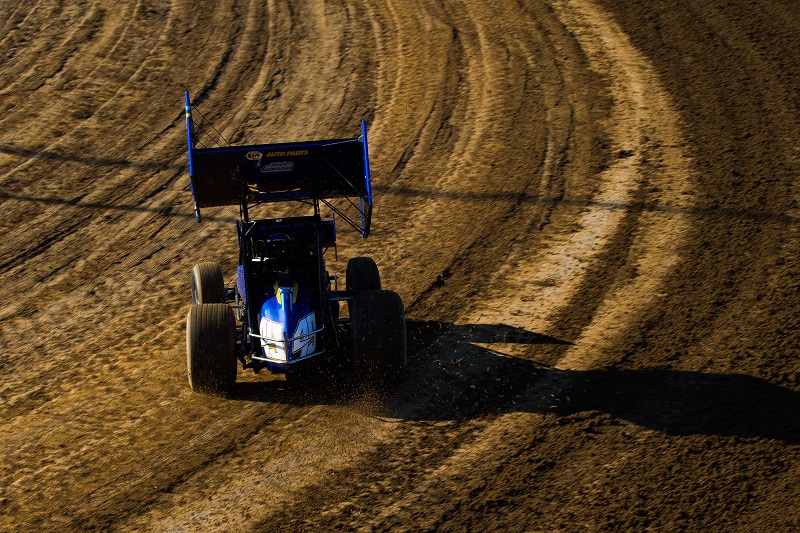 After the event on Friday, teams loaded up and headed to Wilmot Raceway in Wilmot, WI. The KKR team unloaded fast on Saturday, setting the quick time with a 12.981-second lap. The No. 49 car continued to show speed in the heat race, where Sweet was able to pull away from his competitors throughout multiple restarts. After winning his heat race, Sweet drew a sixth-place starting position in the Fast Pass Dash, where he went on to finish fourth.

Saturday’s event proved to more eventful, with three cautions occurring in the first five laps. Sweet battled side-by-side with Daryn Pittman before advancing to the third position. The hard racing continued until smoke began to roll out of the NAPA AUTO PARTS car on lap 16. A busted oil cooler forced the team to retire early and settle for a 19th-place finish in Saturday’s feature. 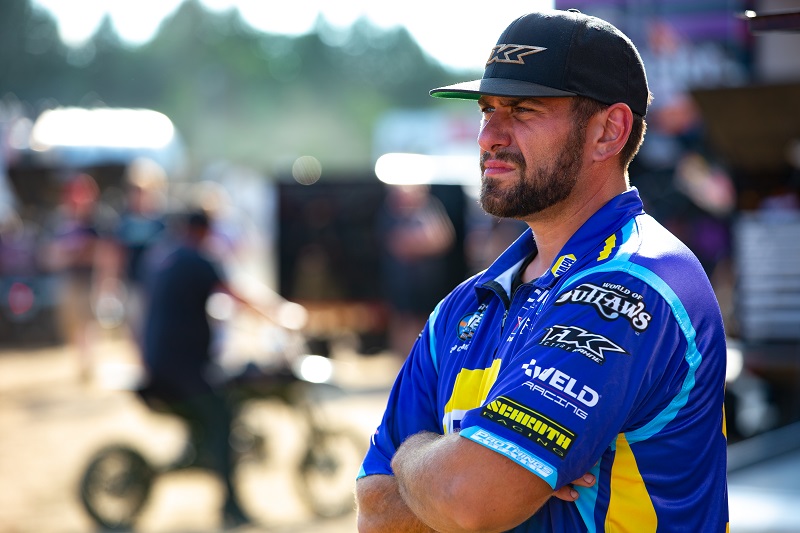 On Sunday, the No. 49 team unloaded as the defending winner at the ½-mile Terre Haute Action Track. Sweet qualified ninth, giving him a third-place starting position in the last heat race of the evening. He finished fourth in the heat race, placing him 12th in the lineup for Sunday’s 30-lap feature.

The race went green but didn’t stay that way for long, with a red flag and caution occurring in the opening four laps. By lap five, Sweet had already gained nine positions and was scored third. On lap 11, the front axle was knocked out of the second-place car of Carson Macedo. Shortly after that, Sweet’s right rear tire went down, and he was forced to bring the NAPA AUTO PARTS car to the pits. After repairs, the team restarted at the rear of the field on lap 13. Sweet was back up to the 15th position just five laps later, but the bad luck continued when something broke on the No. 49, causing him to crash into the Turn 3 wall. The team worked diligently under red flag conditions to get him back out on track without losing a lap. The situation became worse when Sweet’s left front wheel came off of the car under caution. Despite the efforts to keep racing, the team took their second-consecutive DNF, finishing 22nd.

“I’m disappointed with how the weekend played out,” said Sweet. “My NAPA AUTO PARTS team had good setups and fast cars every night, but we just had some bad luck and wrong-place-wrong-time incidents. I can’t remember the last time we didn’t finish a race, so to have two DNFs back-to-back is frustrating, especially when you’re in cars capable of winning each night. We’ll regroup and be ready to go Tuesday at Attica [Raceway].” 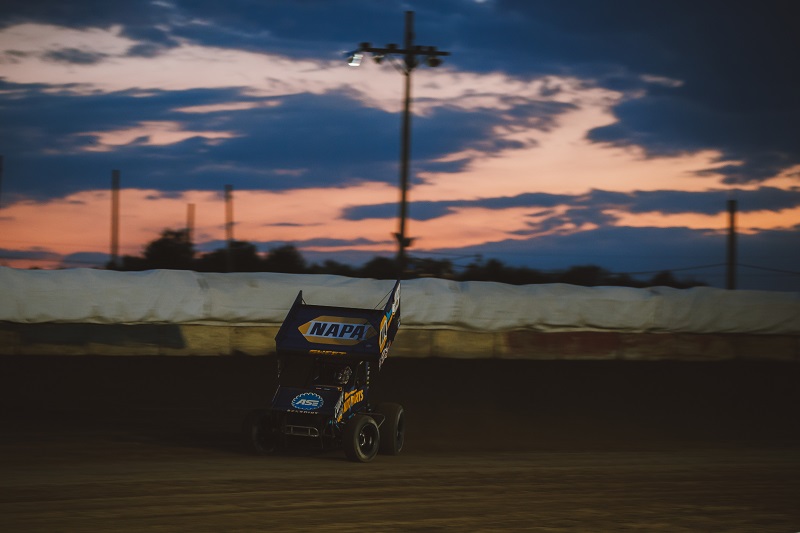 Despite his finishes this weekend, Sweet still leads the Championship Point Standings by 44 points over Donny Schatz.

Next Race: July 14, Attica Raceway, Attica, OH
How to Watch or Listen: www.dirtvision.com