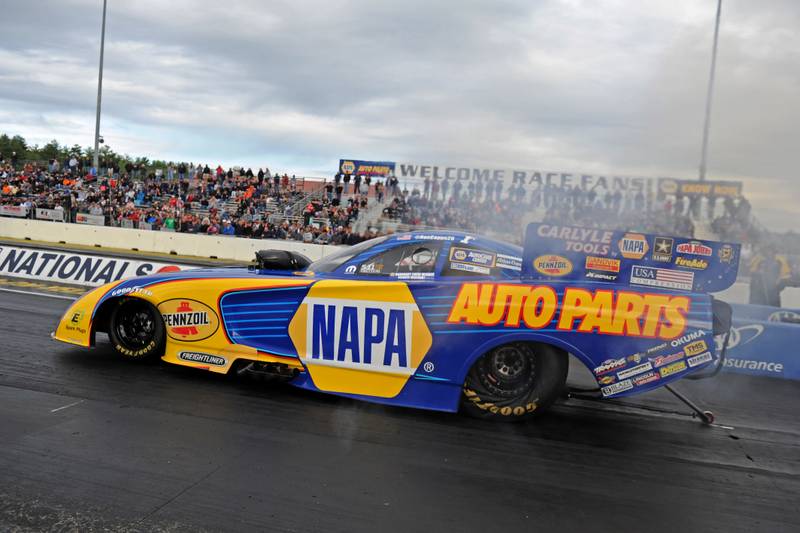 “We still feel great. It’s a bummer the streak is over, but with the competition in Funny Car, winning 17 rounds in a row is pretty amazing,” said Capps, who advanced to his seventh semifinals round of the season.

“It points back to what (crew chief Rahn) Tobler and all the NAPA AutoCare Center guys have done on the car. We didn’t beat ourselves that round, we just got outrun a little bit and we knew Courtney (Force) and that team was going to be tough.” 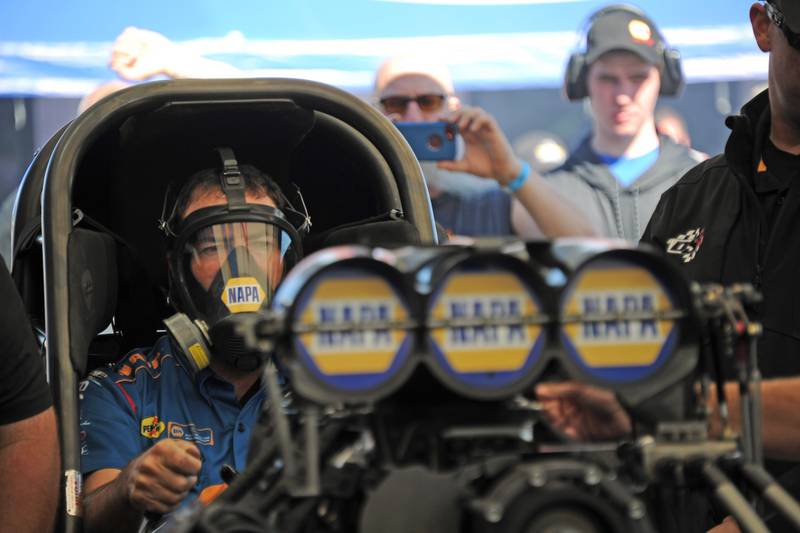 The NAPA Dodge, which won the New England title and pole a year ago, struggled on its first three qualifying runs but jumped from 14th to third on its last attempt Saturday night with a time of 3.863 seconds at 328.30 mph.

Capps’ points lead over DSR teammate Matt Hagan was cut by 40 points to 79 after Hagan won the New England title.

The Mello Yello Series moves to Englishtown, N.J., this week for the second stop of the Eastern Swing that consists of four events in four weeks. 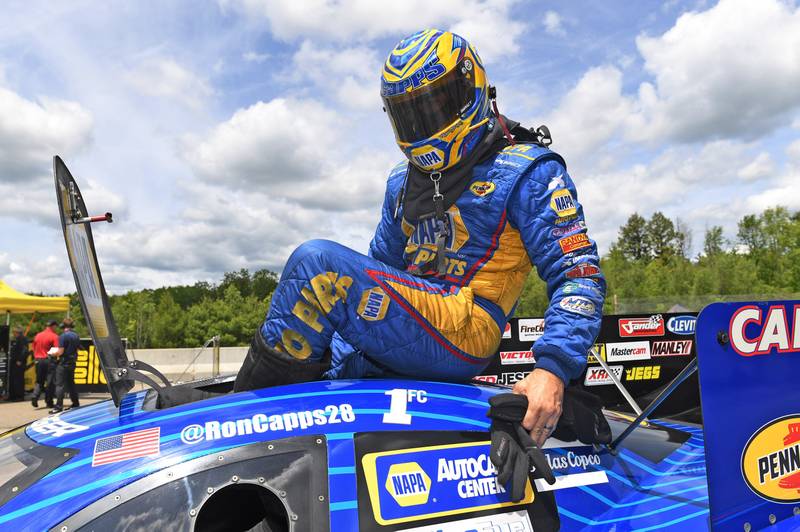 Next Race: June 9-11, Summernationals, Englishtown, N.J.
How to Watch or Listen: Fox Sports 1; NHRA All Access 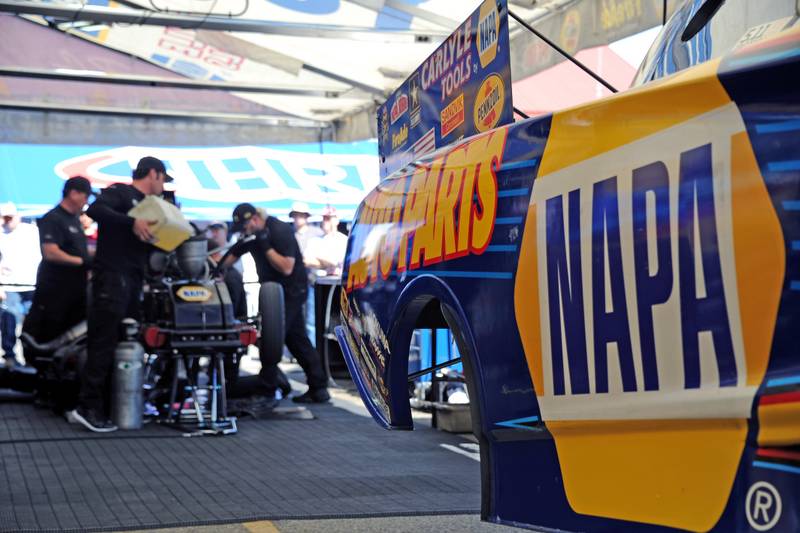