Prognosticators often fall short of the mark when it comes to the advancing of technology, such as flying cars, solar cars or autonomous vehicles (we’re so close, though). The majority of run-of-the-mill automobiles (just over a billion in the world) run on some kind of petroleum-based fuel, but nearly one million electric vehicles (EV) have opened up a whole new world of automotive power.

Taking things one step further, one could conceivably install solar power at home, and then charge an EV with clean solar energy. It only takes one more step of logic to wonder, then, “Why not simply run the car on solar power?”

In other words, where are our solar cars?

Power vs Weight vs Safety

If you’ve ever heard of Sunswift EvE 2.0 or Solar Team Eindhoven Stella, you might wonder the same thing, but it’s not so simple. Take for example, the difference between one of the best-known electric vehicles, the Tesla Model S and EvE and Stella. If you can imagine plastering a Model S with solar panels, wouldn’t you have a solar car? Indeed, that’s what designers and engineers did when they built Stella and EvE, purpose-built to run on solar power.

It’s not that easy, though, and the solution runs much deeper than just adding solar panels.

The main issue is the relationship between weight and power. The Model S, weighing in at 4,600 lbs, is nearly five times heavier than the 950-lb EvE, and nearly six times heavier than 827-lb Stella. In fact, a 990-lb Model S 85 kWh battery pack itself outweighs an entire EvE or Stella. Still, even without a battery pack, the Model S includes a lot of weighty additions. Without an airbag system, crumple zones and other crash protections, four seats and a full-fledged air conditioning and heating system, it would never qualify as a safe commuter. 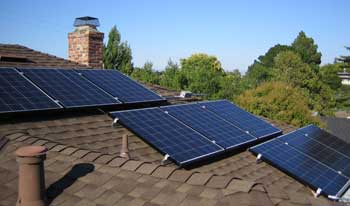 Of course, then there’s the power needed to haul all that weight around, which is the real kicker. The Model S, cruising at just 45 mph, draws about 15 kW from the battery pack. Even if you covered the entire car with solar panels, a little over 40 ft2 of solar panels would generate a paltry 600 W maximum power, enough to power lightweight EvE up to 80 mph, but not even 5 percent of the power the Model S needs to run at half that speed. That doesn’t even count cloudy days and any time that the sun isn’t directly overhead.

For now, the best solution for solar cars would be mounting 600 ft2 of solar panels on your roof, keeping rechargeable battery packs in your garage and charging your electric vehicle overnight. But considering that solar power and electric motors keep getting more efficient and automobile construction keeps getting lighter and stronger, solar cars might not be as far off as they seem.

Check out all the electrical system products available on NAPA Online or trust one of our 17,000 NAPA AutoCare locations for routine maintenance and repairs. For more information on electric vehicles and solar power, chat with a knowledgeable expert at your local NAPA AUTO PARTS store.

NAPA Know How Blog Future Technology: Where Are Our Solar Cars?