Ron Capps and the NAPA AUTO PARTS Funny Car team were strong during NHRA Gatornationals qualifying, running low E.T. of Q3 and Q4. The team’s performance continued into race day, as crew chief Rahn Tobler tuned Capps to two more good runs, both of which earned the round win. A semifinal stumble ended the team’s day. 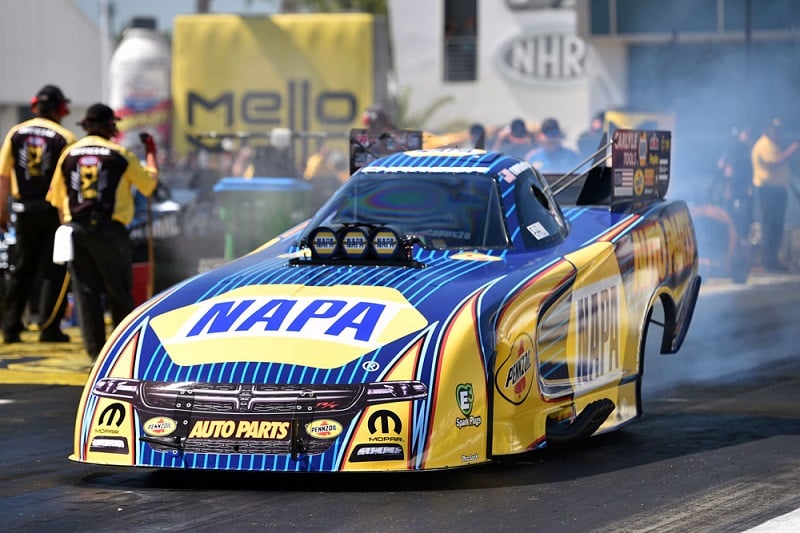 Capps, a three-time Gatornationals Funny Car champion, earned a spot in the top half of the field and picked up six valuable bonus points in qualifying.

On race day, Capps’ first opponent was Bob Tasca III. Tasca and his team weren’t taking Capps lightly when they clocked their best run of the weekend (3.981), but it was no match for Capps’ 3.959. 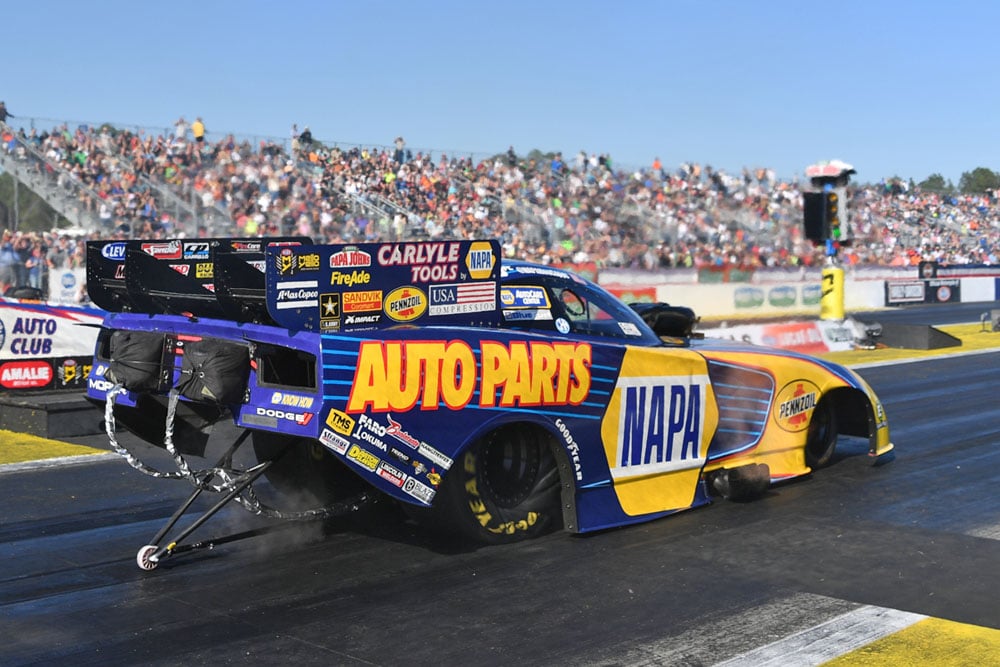 In round two, the 2016 World Champion had lane choice versus Courtney Force. Capps was first off of the starting line and never trailed for the win. He drove his NAPA AUTO PARTS Dodge Charger R/T down Gainesville Raceway in 4.060-seconds and into the semifinal round.

It was a battle of the DSR Dodges in round three as Capps took on his teammate Matt Hagan. Capps pulled away first but hazed the tires early. Unfortunately for Capps, Hagan was able to make a clean pass, setting off the win light and ending Capps’ day. 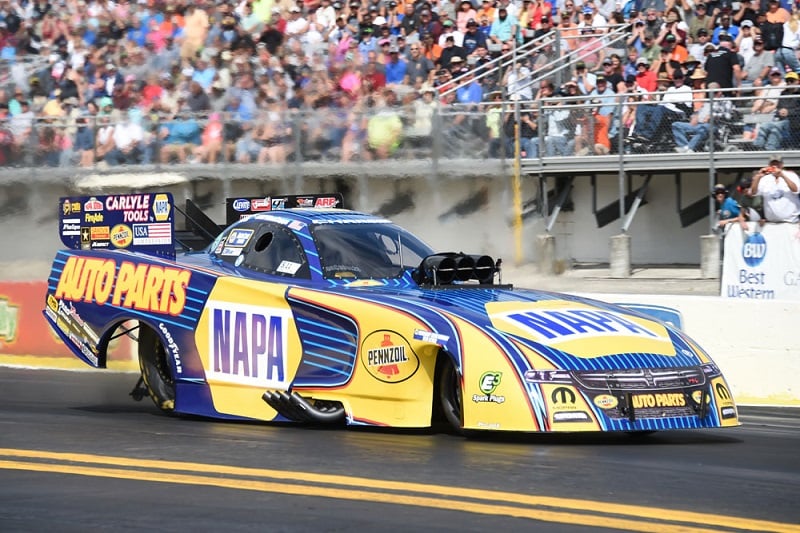 “You know, it’s such a big race, the Gatornationals,” said Capps. “These big races seem to take a little bit more to get over. And the further you go on Sunday, like we did getting to the semifinals, you feel like you have a good shot. The way I look at it, the more runs we give [crew chief] Rahn Tobler, the more competitive our car is going to get, and I really felt like we had a handle on it. For some reason, it smoked the tires at the hit of the throttle, and we haven’t done that in a long time. 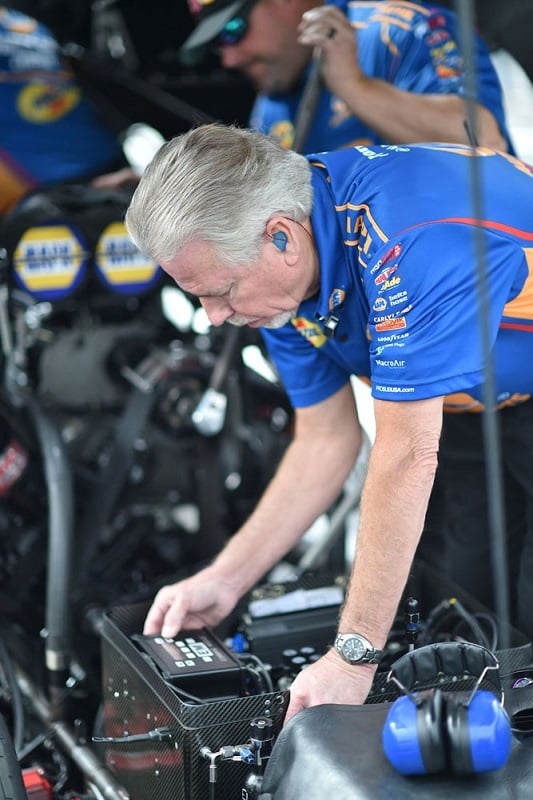 “We’ll have to look and see what it did and go on to the next race. It was a tough track, tough weekend for crew chiefs, with the weather changing day in and day out. We’ll take the semifinals and go on, but we really felt it was our shot to get the NAPA AutoCare guys into the Winner Circle.” 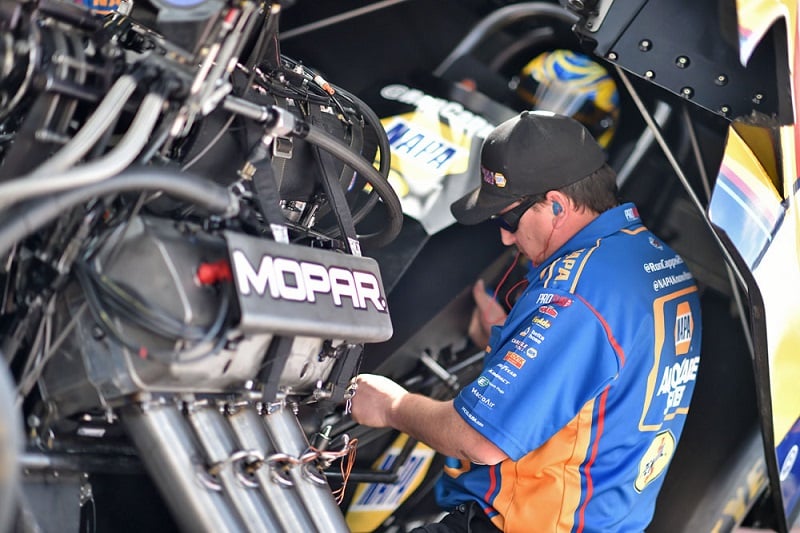