So you want a muscle car but are bored of seeing yet another Mustang or Camaro at your local cruise-in spot. There’s nothing wrong with those cars, but they aren’t exactly rare or cheap. Having a modern vehicle with such amenities as fuel injection and air conditioning are also a plus. So how do you find something fun to drive that’s fairly comfortable while not being a dime a dozen at the Friday night cruise-in? We’ve put together a few modern muscle car alternatives that we think strike the right balance between delivering the power you desire, but with minimal ownership headaches. 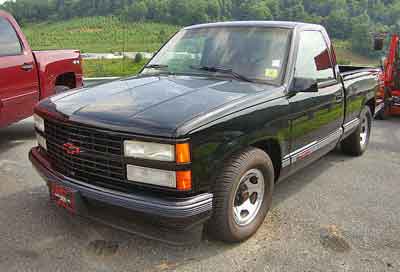 The recipe is simple: take a short bed regular cab truck and cram in the biggest engine sitting around the factory. That’s just what Chevrolet did in 1990 to create the 454 SS. Previously only available to C/K3500 buyers, the 454 was dropped into the 1/2-ton truck with room to spare. Power was decent (remember, this is the early 1990s) at 225 horsepower and 405 ft-lbs. of torque. With upgraded handling, a locking rear diff, and steep 4.10:1 rear gears the 454 SS delivered that classic muscle car feel. Huge 275/60R-15″ tires and SS trim made this truck stand out from the crowd.

Before the fire-breathing Jeep Grand Cherokee Trackhawk existed, there was the Grand Cherokee 5.9 Limited. The normal Grand Cherokee could be had with a 5.2L V8, but the hotter version sported a 5.9L V8 (360 cubic inches) rated at 245 horsepower and 345 ft-lbs. of torque. Putting that power to the ground was handled by a full-time all-wheel-drive system that helped the Jeep hustle to 60mph in roughly 7 seconds. That was good enough to make it the fastest SUV available on the market at the time. Unique exterior touches gave the 5.9L Limited a tougher look, while the interior was optioned out with luxury trim and leather everywhere. Production estimates are right around 15,000 units built, so while not super rare, they do command a premium. 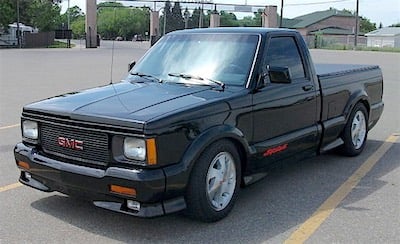 Before the Ford EcoBoost V6, Chevrolet put a turbocharger on their 4.3L V6 and dropped it into the company compact truck platform. The boosted V6 pushed out an impressive 280 horsepower and 360 ft-lbs. of torque. The results were the GMC Syclone pickup and the GMC Typhoon SUV. Both vehicles used the same full-time AWD system to power all four wheels with 700R4 overdrive transmission handling the shifts. Acceleration in the Syclone was brutal for the time with 0-60 mph taking just a touch over four seconds and the quarter-mile passing in the mid 13 second range. The Typhoon was slightly slower due to the heavier SUV body. Just under 3,000 Syclones were built versus almost 4,700 Typhoons rolling out of the factory, making the Typhoon slightly easier to find. Either one of these muscle car alternatives gets instant attention on the street or at a car show.

Given Dodge’s history with the 1978 Lil’ Red Express, it wasn’t a stretch to create the Ram SRT-10. For years the Ram was already available with a 8.0L Magnum V10 engine, so dropping in the aluminum 8.3L Viper engine was almost plug-and-play. Pulling no punches the Viper V10 made a stout 500 horsepower and 525 ft-lbs. of torque, making it hands down the fastest pickup truck on the market at the time. Depending on which cab configuration chosen, the Ram SRT-10 could be had with either a 6-speed manual or 4-speed automatic transmission. Just over 9,500 Ram SRT-10 trucks were built so finding one shouldn’t be too difficult. 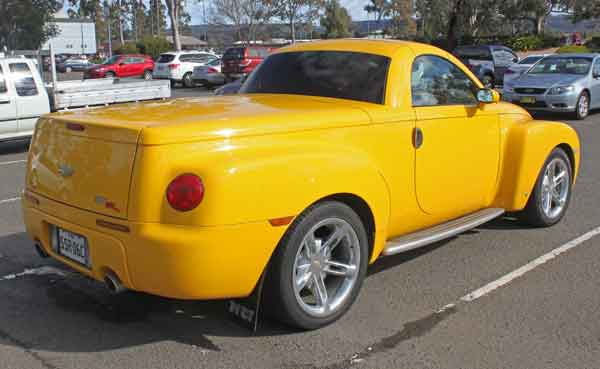 The SSR is a polarizing vehicle. Part of the retro styling fad that swept through the 2000s, the SSR was an interesting take on what a 40s/50s Chevy truck would look like with modern styling.  Models were sold starting in 2003, but the best year was the 2006 model because it was available with a 400 horsepower LS2 V8 and T-56 6-speed manual transmission. Considering the 2003 models only had a 300 horsepower 5.3L V8, that extra power makes a big difference. All models were hard top convertibles, so while technically it is a truck, the factory hard tonneau gives it a hot rod feel. Love it or hate it, the SSR draws attention on the road.

Put down the pitchforks and hear us out. No this isn’t a drag strip terror, but it is one of the last chances to own a factory big-block Chevy powered vehicle. Yes it outweighs the Suburban, but it has a distinct look that can’t be mistaken for anything else. The previously mentioned big-block is a proper 496 cubic-inches (8.1L) that produces 340 horsepower and 460 ft-lbs. of torque. That torque number is what makes the lumbering Avalanche fun to drive. As a heavy-weight contender it moves pretty well with the bonus of being able to tow pretty much anything short of a fifth wheel trailer. 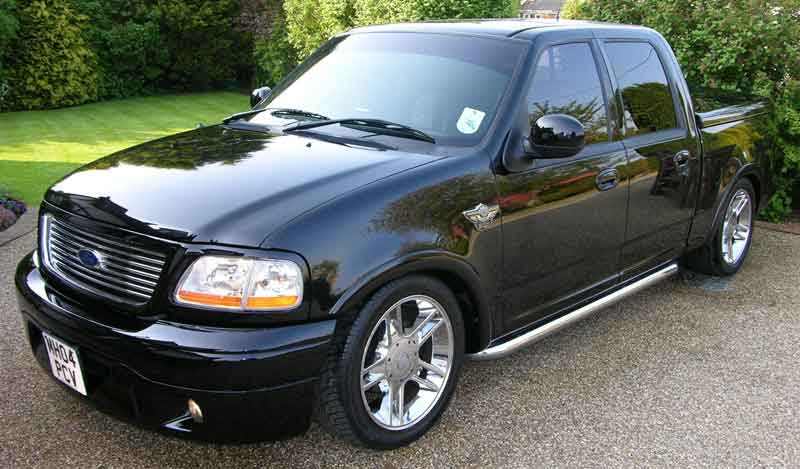 Everyone knows about the Ford SVT Lightning, but there was another way to get a supercharged 5.4L V8 and two more doors. The Harley-Davidson Edition option F-150 SuperCrew not only included a slick appearance package, but for a brief two years it also had a slightly de-tuned version of the Lightning engine. Don’t fret too much, it still has 340 horsepower and 425 ft-lbs. of torque versus the Lightning which had slightly more at 380 horsepower and 450 ft-lbs. of torque. The good part is that almost all of the popular performance mods for the Lightning also apply to the Harley-Davidson Edition. Values for these trucks have been strong as they are not only fun to drive, but offer excellent utility.

If you choose to buy one of these modern muscle car alternatives, try to pick the cleanest low-mileage example available. It may be worth traveling out of your local area for the right one. Don’t skip the pre-purchase inspection either.

Check out all the maintenance parts available on NAPA Online or trust one of our 17,000 NAPA AutoCare locations for routine maintenance and repairs. For more information on modern muscle car alternatives, chat with a knowledgeable expert at your local NAPA AUTO PARTS store.