The neutral safety switch is an important safety feature on all modern cars with an automatic transmission. It makes sure your car doesn’t start in gear and take off unexpectedly, which is a good thing. But what are the signs of a bad neutral safety switch? And how can you rule out related problems?

The neutral safety switch is generally mounted to the side of the transmission, right at the end of the shifting linkage. A mechanical shift in position allows the switch to send an electrical signal to the starter, which in turn starts the engine. Without information that your car is in park or neutral, the switch will prevent the engine from cranking. So a lot of the problems you see have to do with starting and shifting, but it’s always important to get the diagnosis of a trusted mechanic, as some symptoms could also point to other problems. Be sure to look for:

Starting in All Gears 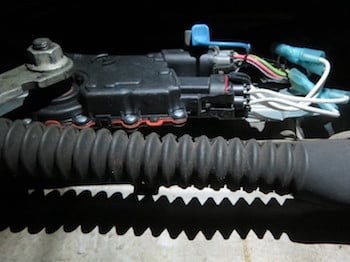 You might not notice this one right away, but it’s pretty dangerous. The car should not be able to start in forward or reverse — think how easily a momentarily unattended child could cause disaster — and a failure to identify this problem could have major consequences.

Starting in Neutral or Park Only

Maybe one morning your engine isn’t turning over. It could be a number of other things such as a low battery or dead starter, but it could also be the neutral safety switch. One quick check that might help you with a diagnosis is to try the other gear. Is park not working? Bypass it and try in neutral. This isn’t foolproof (as you’re about to see), but it could give you a starting point if something turns up.

Starting in No Gear

Again, this might be a battery or starter issue, but it could also be a switch. Just to be clear, if your engine is cranking in park and neutral but not starting, that isn’t the neutral safety switch’s fault. The switch only prevents power from going to the starter motor, so if that’s cranking, look elsewhere for a culprit.

Ruling Out Other Problems

Listen to your vehicle. When you turn the key, do you just hear a loud click? This might indicate a bad starter. Do you hear a succession of rapid clicks and notice your headlights dimming as you try to start the engine? Or does the engine sound like it’s trying to turn over, but slowly, like it’s putting in a lot of effort? These both point to a bad or discharged battery. It’s also important to rule out the linkage and transmission. If you’re able to start the car, check whether the transmission can shift through the gears as expected. If not, you could be looking at a linkage or transmission issue. How does the gear selector lever feel — loose? Do you have any dash lights on? No dash lights (including gear selections) is likely a problem in the instrument cluster.

Answer these questions and get as much information as you can to take to a mechanic for a solid diagnosis. Neutral safety switches are important to keep you and others safe, so be very careful trying to work on them yourself, and if you suspect yours might be on the way out, don’t hesitate to replace it with a new one.

Check out all the relays, sensors and switches available on NAPA Online or trust one of our 17,000 NAPA AutoCare locations for routine maintenance and repairs. For more information on whether you have a bad neutral safety switch, chat with a knowledgeable expert at your local NAPA AUTO PARTS store.

NAPA Know How Blog Is It a Bad Neutral Safety Switch?