Derek Kraus battled back from an early-race incident to come away with a fourth-place finish at Iowa Speedway on Friday night in the Casey’s General Store 150 NASCAR K&N Pro Series East-West combination race.

The 17-year-old NASCAR Next driver from Stratford, Wisconsin, was in third on Lap 35 when contact from another car punctured his left rear tire, sending his Bill McAnally Racing No. 16 NAPA AUTO PARTS Toyota Camry backwards into the Turn 4 wall. 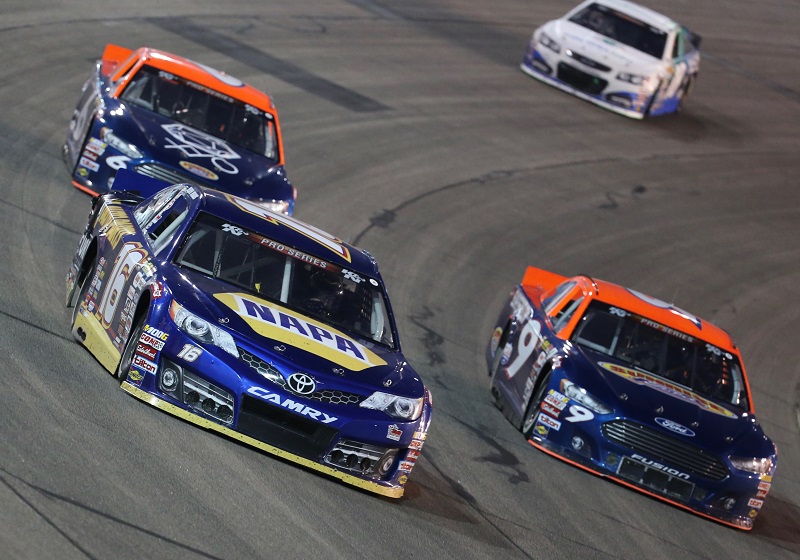 While he battled back, his BMR teammates had struggles of their own. Hailie Deegan, who started tenth in the No. 19 Monster Energy/NAPA Power Premium Plus Toyota Camry, was penalized for a pit stop infraction late in the race and finished 12th. Series rookie Brittney Zamora was temporarily sidelined with mechanical trouble on Lap 102, meanwhile, and returned to finish 20th in the No. 99 NAPA Filters/ENEOS Toyota Camry.

Despite their troubles, Kraus and Deegan are still 1-2 in the K&N West championship standings – with Kraus expanding his lead to 16 points over his teammate. Kraus has three wins, one pole, five top-five and seven top-ten finishes in eight K&N West starts this season. Deegan – an 18-year-old from Temecula, California, who is also a NASCAR Next driver – has two victories, two poles, five top-five, and six top-ten finishes in eight starts. 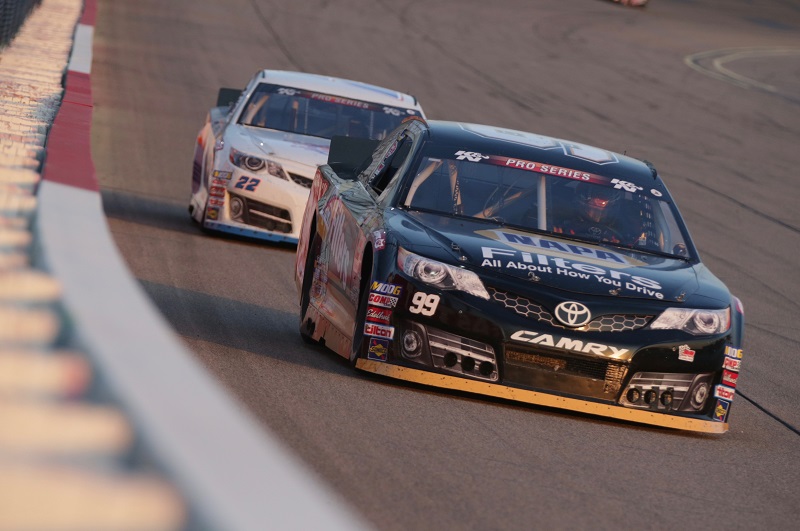 Zamora remains second in rookie points and is fifth in the overall K&N West standings. The 20-year-old, second-generation driver from Kennewick, Washington, has one pole, four top-five and five top-ten finishes in her eight series starts.

The Iowa race will be televised to a national audience on NBCSN on July 31 at 4 p.m. PST.

Next Race: NASCAR K&N Pro Series West at Evergreen Speedway in Monroe, Washington, on Aug. 17
How to Watch or Listen: fanschoice.tv