Derek Kraus had a fast No. 19 NAPA AutoCare Toyota Tundra at Atlanta Motor Speedway on Saturday, scoring the most green-flag passes in the Fr8Auctions 200 and coming away with a 13th-place finish. Driving for McAnally-Hilgemann Racing, the nineteen-year-old from Stratford, Wisc., earned stage points and gained ground in the championship standings. 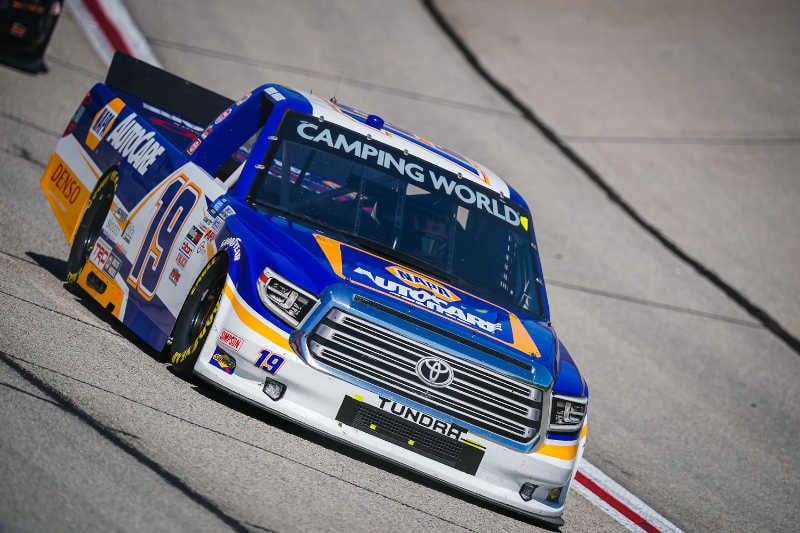 Starting 29th, Kraus quickly drove into the top 20. After a pit stop for fresh tires, he again was on the move and claimed the sixth position at the end of Stage 1. Stage 2 was a success as well, with a 10th-place performance.

A penalty during the following pit stop–for a crew member going over the wall too soon–put him 27th for the restart. Kraus steadily worked in way forward in the final segment of the race, with 63 laps of green-flag racing, to finish 13th. 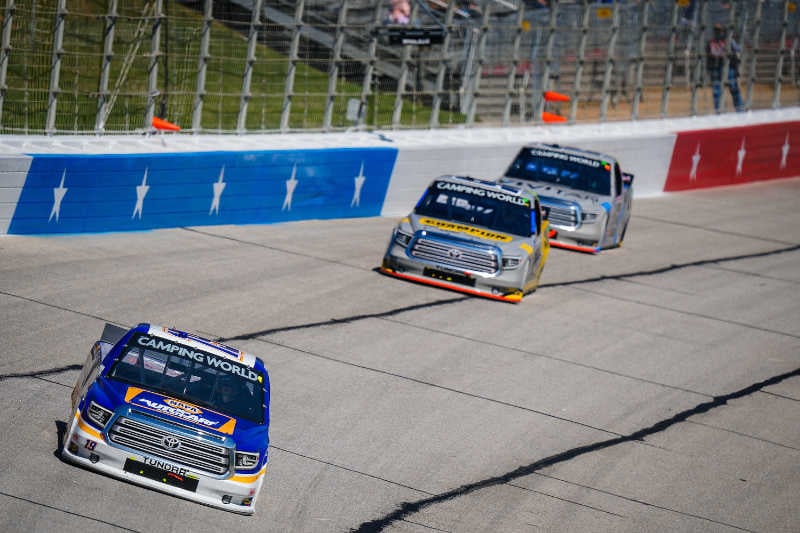 “Our NAPA Toyota was fast today. We made up a lot of ground after starting so far back. We used strategy and battled our way into the top ten to get some valuable stage points. We just couldn’t overcome that penalty late in the race.” 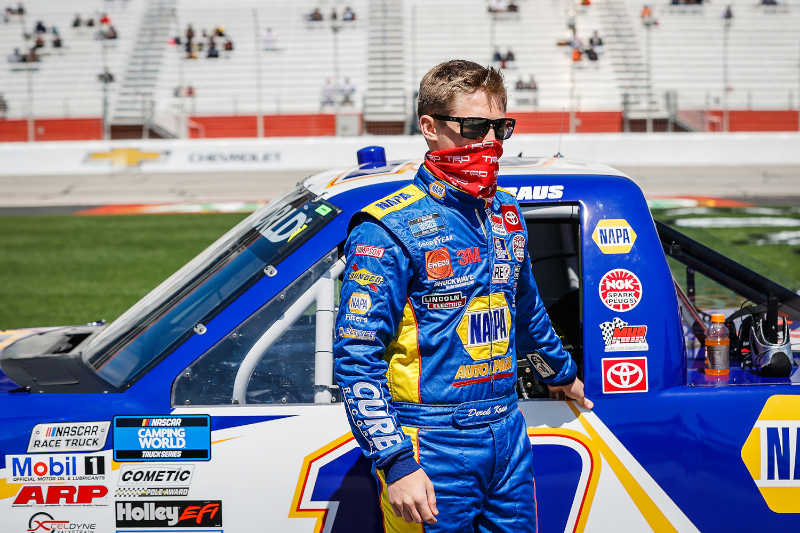 MHR welcomed a special group of guests from NAPA Belts and Hoses/Gates with VIP treatment at the speedway on Saturday.