Derek Kraus finished off the 2018 season with a dominant win at Kern County Raceway Park on Saturday, taking the victory in the NAPA AUTO PARTS 175 presented by the West Coast Stock Car Hall of Fame – while his BMR teammate Hailie Deegan captured the pole award and went on to clinch the rookie title for 2018. 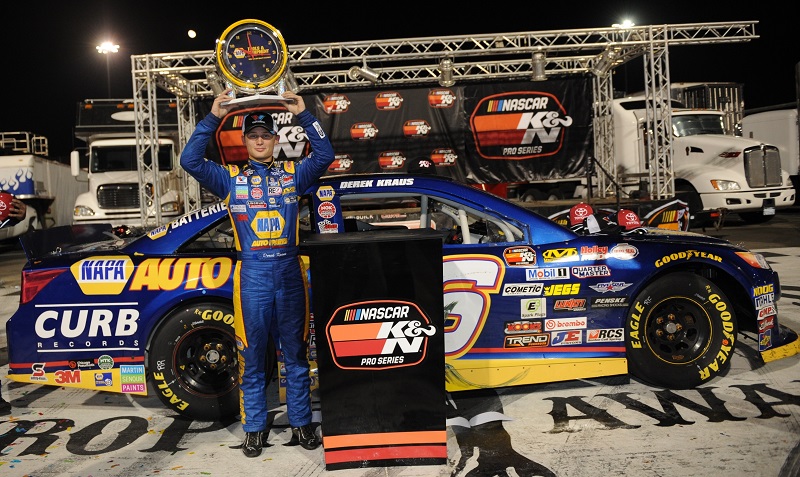 It was a season-leading fourth win this year for Kraus, and marked his fifth career series victory.

His BMR teammate, Hailie Deegan, finished the season off strong, as well – winning her second pole award in the No. 19 Mobil 1/NAPA Power Premium Plus Toyota Camry and capturing the Rookie of the Year title. She was in contention throughout the race, but ended up sixth after contact from another car in the final laps. 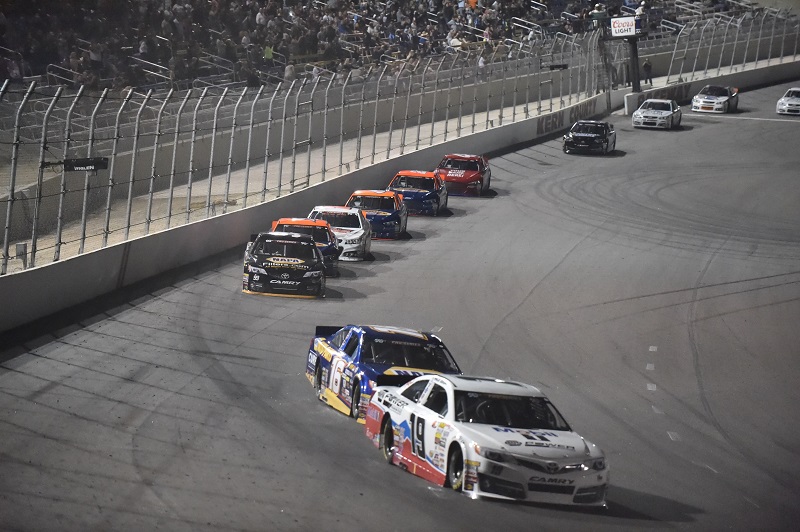 Their teammate, Cole Rouse, ran strong early in the event in the No. 99 NAPA Filters Toyota Camry – then battled back from a couple of unscheduled pit stops to finish seventh.

Kraus, who started second on the grid, charged out front early – as BMR’s trio of NAPA drivers ran 1-2-3 in the early laps. He went on to pace nearly all of Saturday’s 175-lap event. 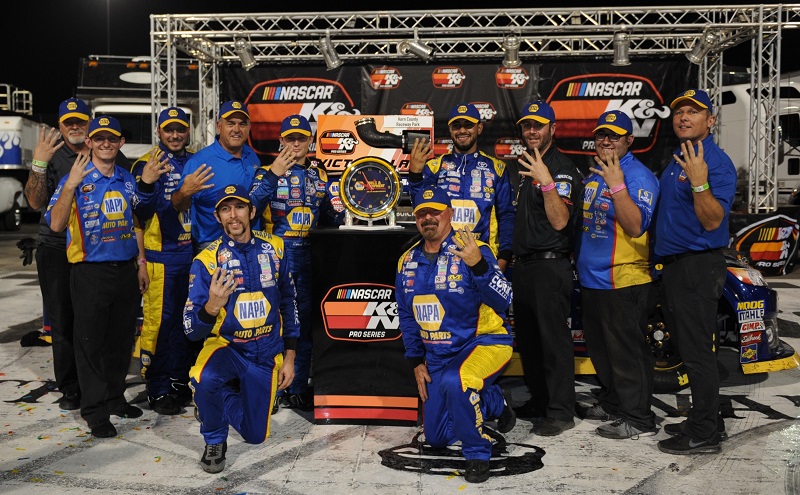 “Our NAPA Toyota was really good,” Kraus said. “It had really good drive off the corners and fired off on the restarts really well, too. It’s great to get the last win of the season and go into the off season with a lot of confidence and momentum.”

BMR’s three drivers finished third, fourth, and fifth in the championship standings for the year.