Derek Kraus battled through the field to earn his fifth top-10 of the season in the No. 19 NAPA AutoCare Chevrolet Silverado RST during Saturday’s inaugural NASCAR Camping World Truck Series race at Mid-Ohio. The eighth-place finish on the 2.258-mile road course moves Kraus within 19 points of the cutline for the playoffs – with one regular season race remaining.

McAnally-Hilgemann Racing drivers Derek Kraus and Colby Howard both battled their way through the field to grab top-10 finishes in a thrilling NASCAR Camping World Truck Series race on the 2.258-mile road course at Mid-Ohio on Saturday. 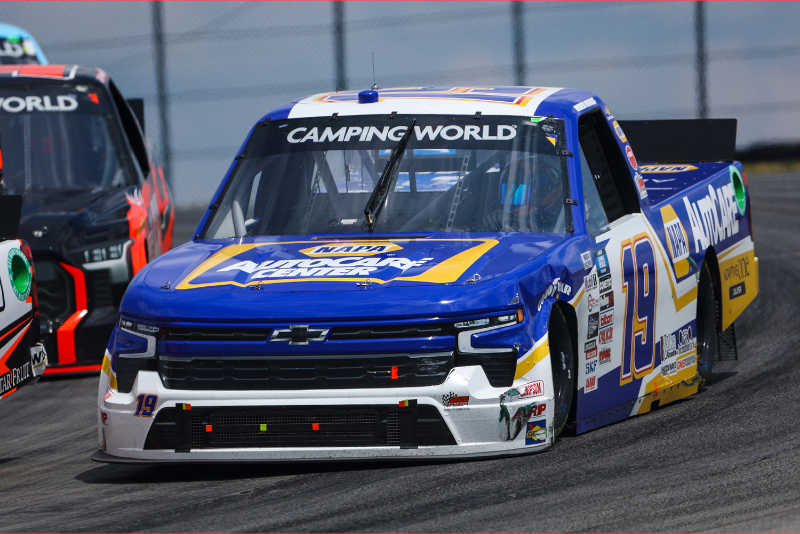 Kraus had to drop to the back for the start after his crew had to replace a throttle body. Pit strategy to gain track position was not an option, since pit stops for tires and fuel at this event were limited to stage breaks.

Kraus was up to 20th by the end of the first stage, then advanced to 16th at the end of Stage 2. Kraus was 10th on the final the final restart – with three laps remaining. He was able to move up to eighth at the checkered flag. 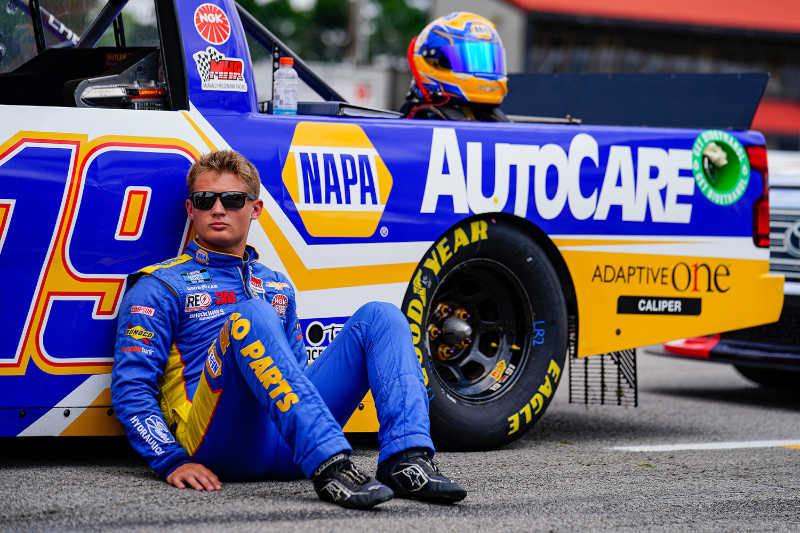 “The race was a good solid day, like we needed,” Kraus said.  “Everyone on the MHR team worked really hard to get our Chevy to where it needed to be. We just started on the bottom on that last restart and couldn’t get very good traction. But overall, it was a really good night and a good points night.”