The World of Outlaws Sprint Car Series was scheduled to start a weekend of racing at 34 Raceway in West Burlington, IA, on Friday. With persistent rain showers, the grounds were oversaturated, which led to a cancelation. So instead, Brad Sweet and the No. 49 NAPA AUTO PARTS team got an early start to Wilmot, WI, for the Larry Hillerud Memorial Badger 40 at Wilmot Raceway. 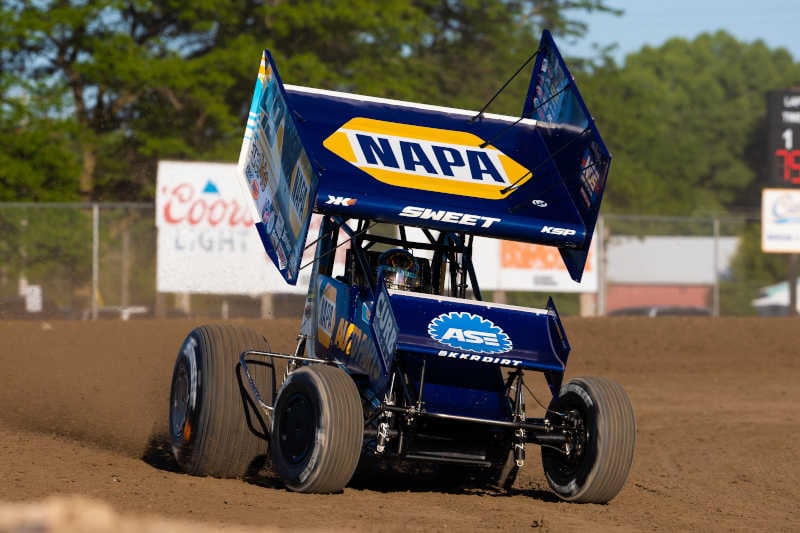 Saturday brought gorgeous weather with a slight breeze as the NAPA No.49 team was ready to take on the Outlaws. With 31 cars signed in for competition, Sweet was slated to go out 17th in the qualifying order. Hitting the charts at 12.580 seconds, the Big Cat set the quicktime. His second quicktime in a row, this placed him to start first in Heat Race #1. 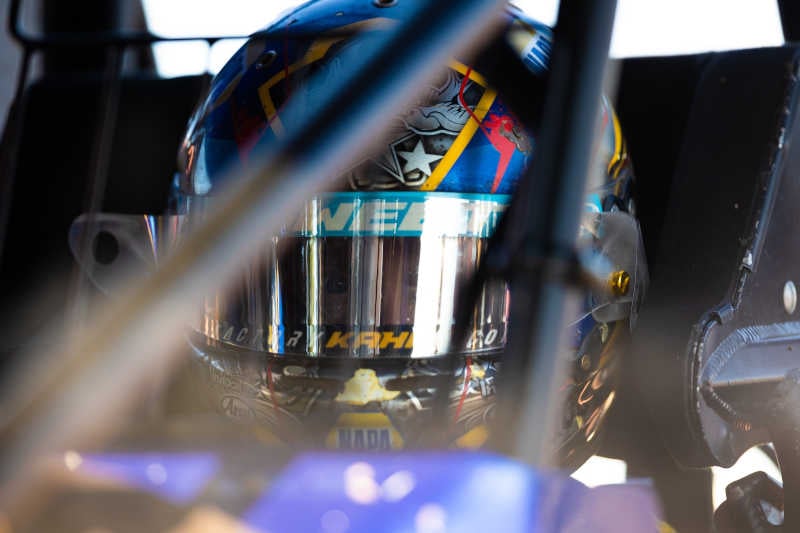 With eight laps the distance and the top two finishers headed to the dash, Sweet knew he needed to get a jump on second place. At the drop of the green, the NAPA AUTO PARTS car had the set up to beat. Sweet instantly took off, creating space between him and second place. While increasing his lead throughout the heat race, he claimed the heat race win, which automatically sent him to the Fast Pass Dash. 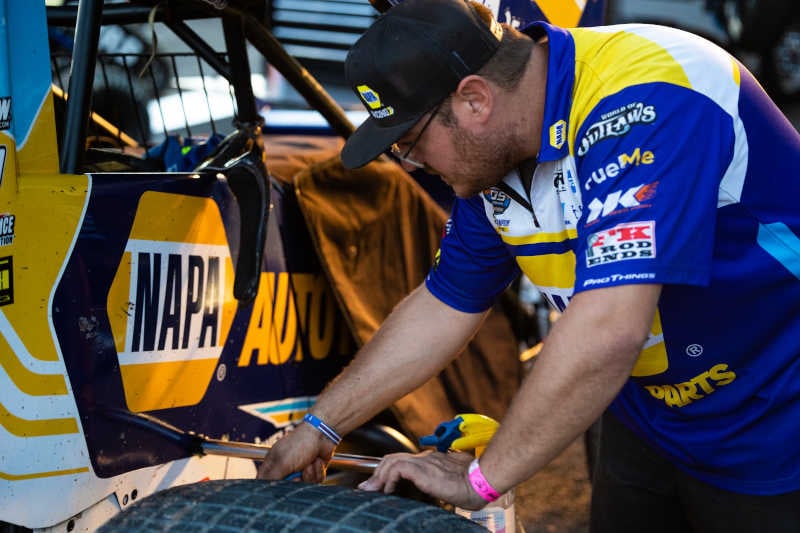 During the dash draw, the Big Cat drew the #7 pill and stated, “Luckily, once you find that package, especially in qualifying early in the night, it definitely helps.” 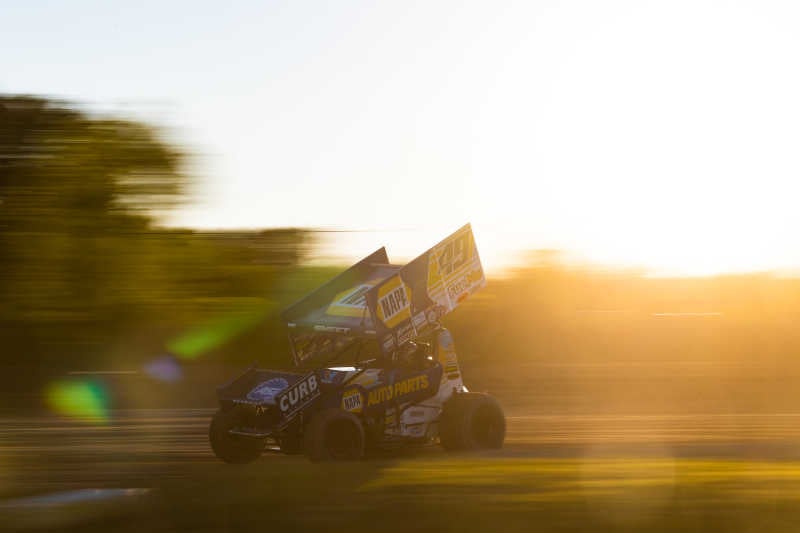 Next up would be the six-lap dash. As the field went green, the track was still a bit slick from being watered previously. Sweet struggled to gain traction in the short distance and ended up finishing in sixth place, where he would start for the A-main. 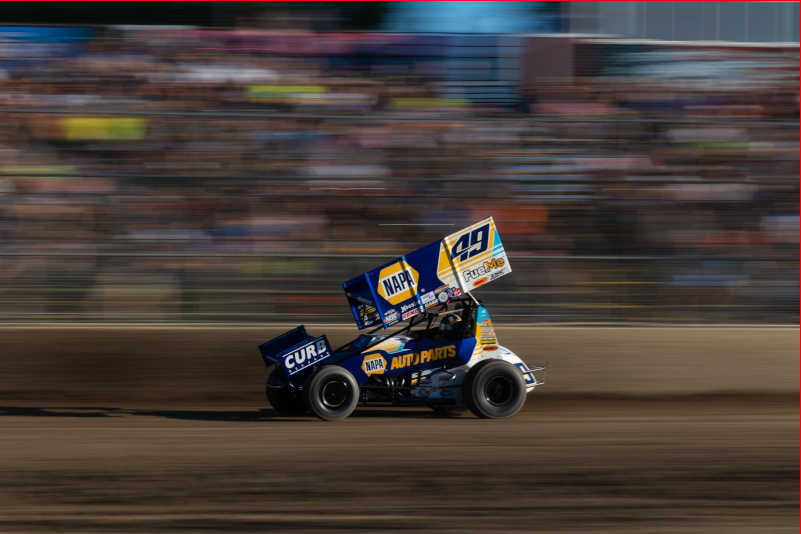 It was finally time for the 40-lap A-main event, and the green flag dropped. The NAPA AUTO PARTS No.49 began making gains early in the race, but it was not long before Sweet hit traffic. With lapped cars in the path of the Big Cat, he was maneuvering them one-by-one on the 3/8-mile of Wilmot. Halfway through, the field began to slow down, and passing was limited; most racers were just holding their line. With one last attempt to pass for third, a lapped car held up Sweet, bringing the NAPA AUTO PARTS No.49 home in a solid, fourth-place finish. 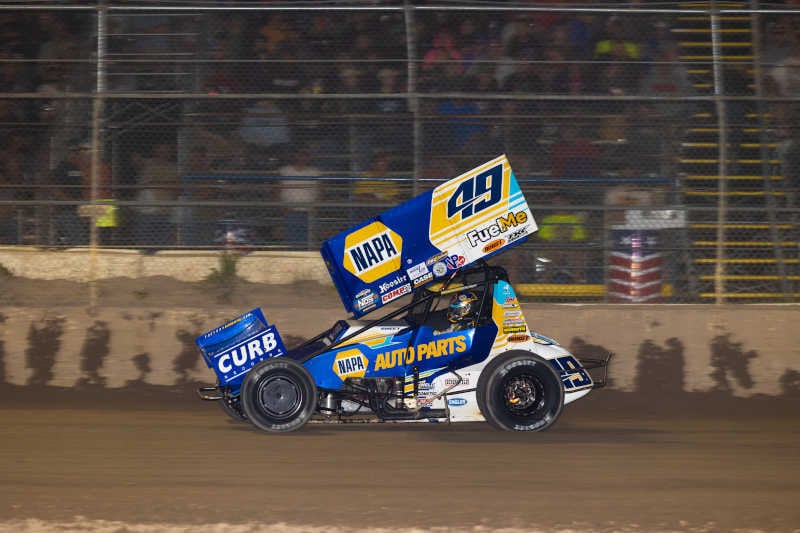 “The track showed slightly different conditions than it has in years past, but it was a good opportunity to learn more about the track and how well the car handles here,” said Eric Prutzman, Crew Chief of the No. 49 team.