Derek Kraus led the McAnally-Hilgemann Racing trio of NASCAR Camping World Trucks on Saturday near St. Louis, driving into the lead late in the race. The driver of the No. 19 NAPA AutoCare Chevrolet Silverado RST was shuffled back to seventh in a wild overtime finish – his best finish of the 2022 season. 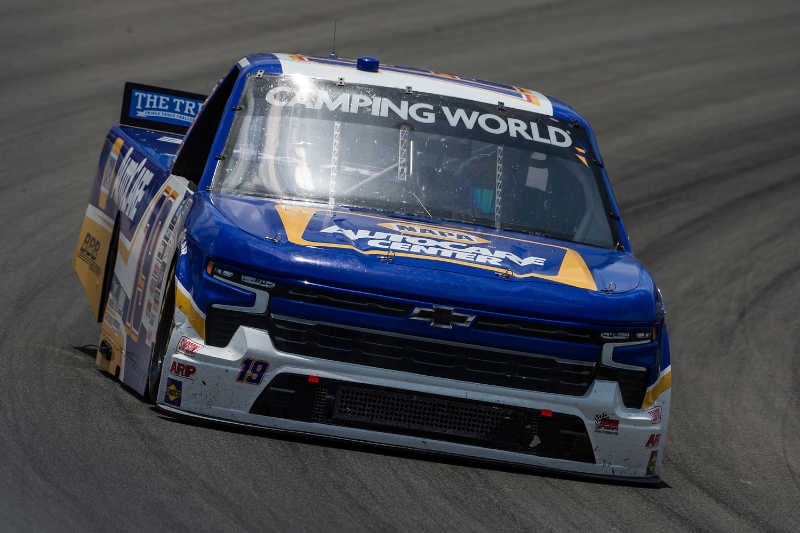 Kraus was fifth in practice on Friday, but was relegated to line up 36th on the grid, due to unapproved adjustments. He charged to 17th by the end of Stage 1 and continued moving up. He gained additional spots by staying on track when some of the leaders opted to pit during a caution just before Stage 2 was complete – giving him a third-place finish in the stage, along with important bonus points. As the final segment of the race started, he began working to gain back positions lost to those who pitted early. 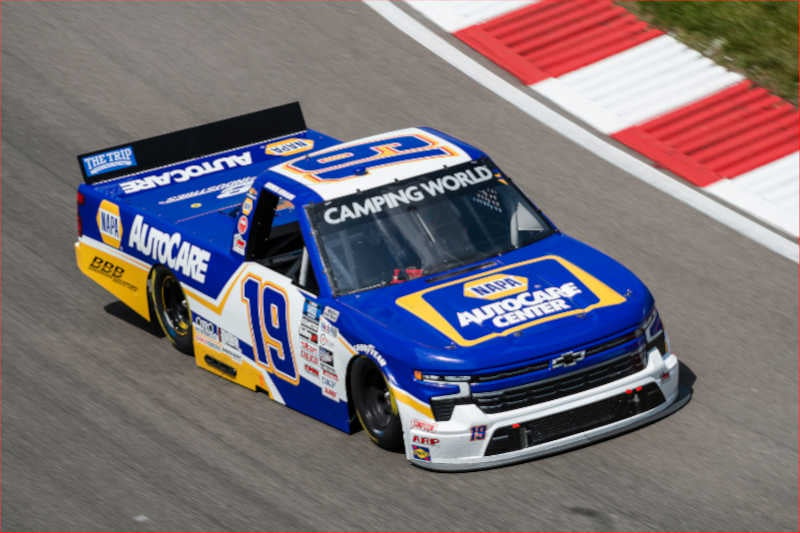 A two-tire strategy placed Kraus into the top five. Kraus charged from third to second following a restart on a Lap 114 and continued his charge, taking the lead with an outside pass on Lap 142. He initially extended his lead before being chased down and passed on Lap 154. He was in second when the final yellow flag came out on Lap 157. A wild scramble ensued on the restart as the race went into overtime, leading to a seventh-place finish for Kraus. His run boosted him one spot to 11th in the championship standings. 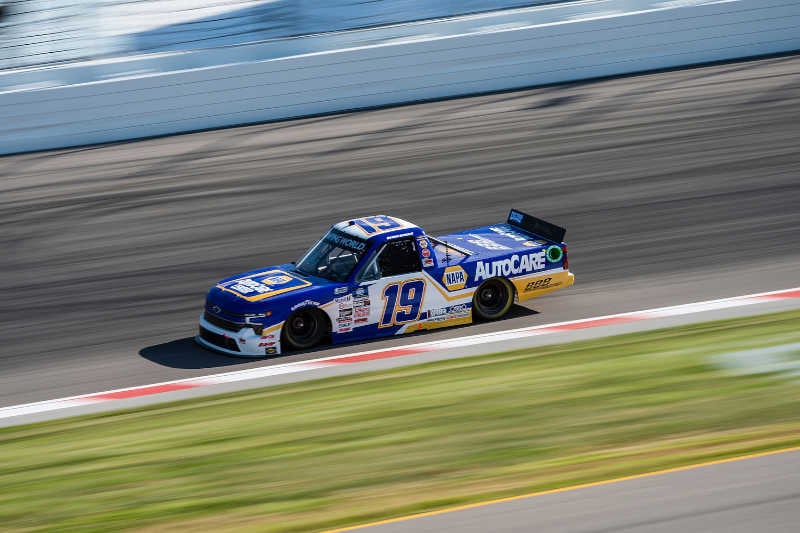 “The strategy was a good call on (Crew Chief Shane Wilson’s) part,” Kraus said.” We just lost all front turn while leading with 10 to go. Overall, it was a great race and we plan to keep this momentum rolling into Sonoma.”