The 18-year-old NASCAR Next driver from Stratford, Wisconsin, secured the title by just taking the green flag. He wrapped up his season with a 49-point lead in the standings; the largest margin since the series adopted its current point system in 2012. 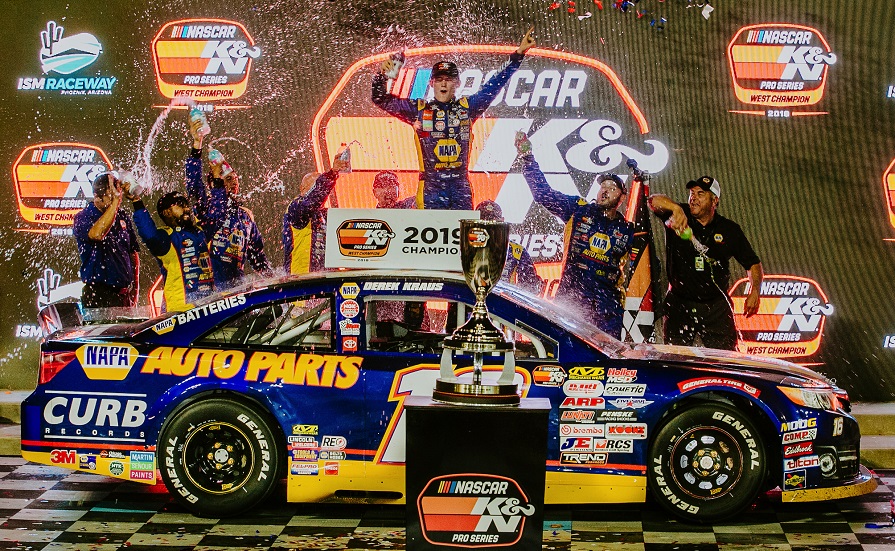 BMR’s Hailie Deegan – an 18-year-old NASCAR Next driver from Temecula, California – finished just behind Kraus in fourth, driving the No. 19 Monster Energy / NAPA Power Premium Plus Toyota Camry. She ended the season third in the championship standings, the highest ranking by a female driver in the final standings in the NASCAR K&N Pro Series East or West.

Series rookie Brittney Zamora – a 20-year-old from Kennewick, Washington – added to BMR’s success by finishing sixth in the No. 99 NAPA Filters / ENEOS Toyota Camry on Saturday and wrapping up her freshman effort fifth in points; putting all three BMR drivers in the top five of the final championship standings for 2019.

Kraus and Deegan faced a big challenge in Saturday’s race after their qualifying times were disallowed due to a technical issue in post-qualifying inspection. Zamora started seventh, while Kraus rolled off 16th and Deegan 17th.

Kraus wrapped up his year with five wins, 11 top-five and 13 top-ten finishes in 14 series starts. In addition, he also scored two wins earlier in the year in the NASCAR K&N Pro Series East and led the standings in both divisions in the first half of the season. 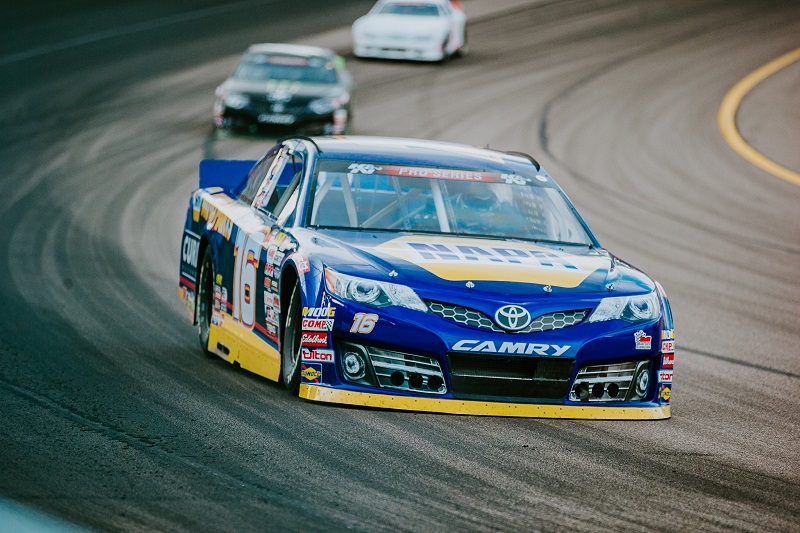 Deegan, who earlier this season became the first woman to lead the championship standings of a series at the regional or national levels of NASCAR, finished her second year in K&N West with two wins, eight top-five, and 11 top-ten finishes in 14 starts.

Zamora, with a runner-up finish in the rookie points, concluded her freshman year with six top-five and ten top-ten finishes in 14 starts.

The Arizona Lottery 100, which was won by Ty Gibbs, will be televised to a national audience on NBCSN on Nov. 14 at 3 p.m. PT.