Derek Kraus made his mark on this year’s NASCAR Speedweeks by winning the NASCAR K&N Pro Series East season opener at New Smyrna Speedway on Monday night. Kraus made a thrilling three-wide pass for the lead, then pulled away for the win.

Kraus was running third in the Bill McAnally Racing No. 16 NAPA AUTO PARTS Toyota Camry, with 41 laps remaining, when he took advantage of the two leaders coming in contact while battling side-by-side. He darted to the inside to take the lead.

Kraus said he anticipated the pair would touch. When they did, he made his move. 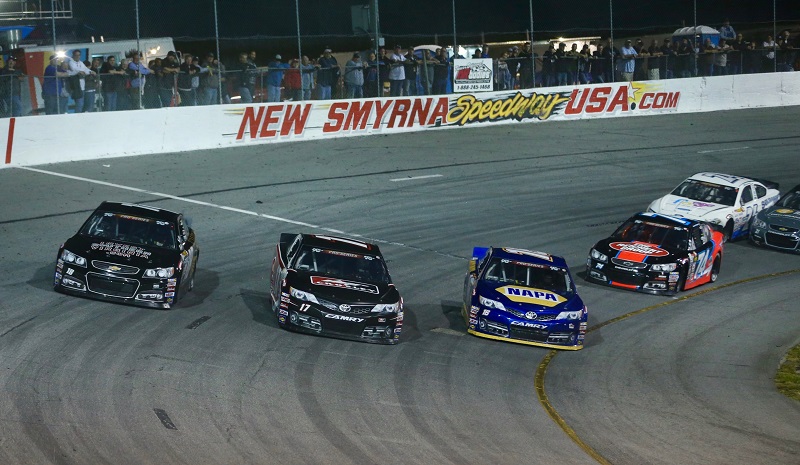 The 17-year-old from Stratford, Wisconsin faced a big challenge on Monday, starting 16th after qualifying was rained out on Sunday and the grid was set per the rule book. He and his BMR NAPA team had an extra day to think about their strategy, with the 175-lap race being postponed a day due to the weather.

The race did not go as well for his two BMR teammates. Hailie Deegan, in the No. 19 Monster/NAPA Power Premium Plus Toyota Camry, turned the fast lap during practice on Sunday and paced the field to the green flag on Monday night. She led the early laps, but ended up battling a mechanical issue for much of the race and was eventually being sidelined. 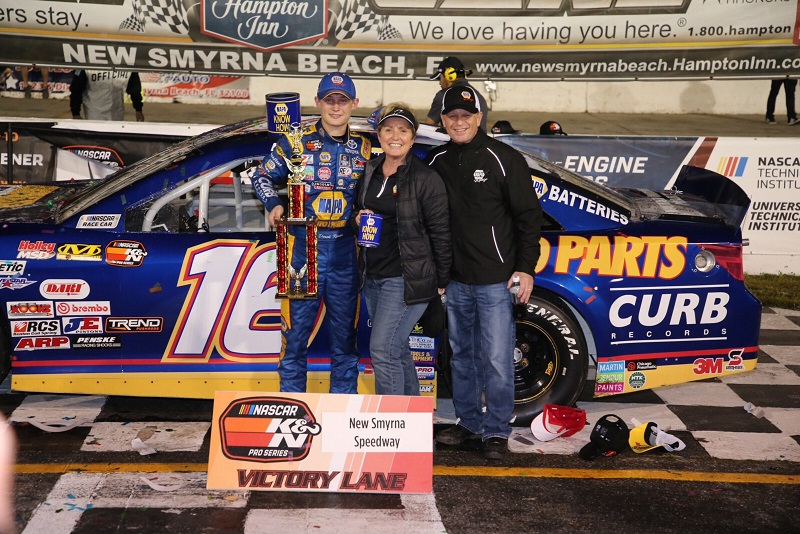 The victory by Kraus marked his sixth career NASCAR K&N Pro Series win, but his first in a K&N East event. In two previous series starts at New Smyrna, Kraus finished third in 2017 and fourth in 2018.