Chase Elliott won the first stage of Sunday’s 600-mile event at Charlotte Motor Speedway and was battling inside the top three during the second stage when he sustained a mechanical issue on his NAPA AUTO PARTS Chevrolet after making contact with the wall, ultimately ending his night early. Elliott was scored with a 33rd-place finish and continues to hold the NASCAR Cup Series point standings lead. 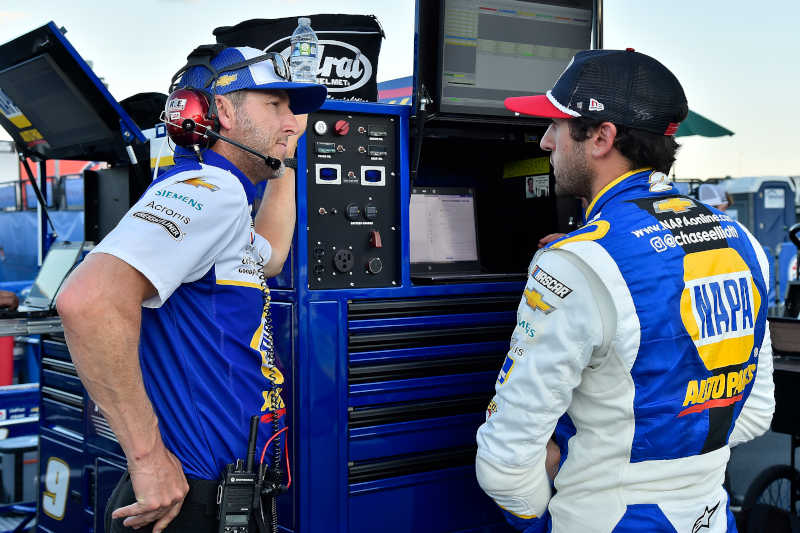 Elliott rolled off the grid from the 13th position and was up to 11th before the caution flag waved on lap 18. Under the yellow flag, Chase reported that that he was pretty pleased with his NAPA AUTO PARTS Chevrolet Camaro ZL1, so the team opted for a four-tire pit stop and no adjustments. Restarting seventh on lap 23, he worked his way to sixth before the yellow flag waved again just 10 laps later. Crew chief Alan Gustafson called Elliott in for four tires, fuel and an air-pressure adjustment. After some cars opted not to pit, the driver of the No. 9 restarted 12th and worked his way back inside the top 10 in a hurry. 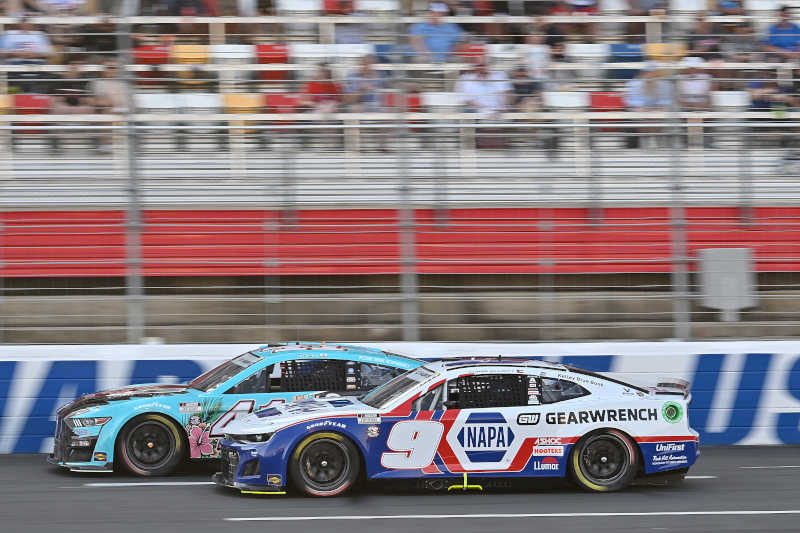 With 46 laps remaining in stage one, Elliott was up to the fourth position and continued his climb forward, moving into second before another caution flag waved with 39 laps left in the stage. A fast pit stop by the NAPA AUTO PARTS team allowed Elliott to win the battle off pit road and he was in control of the restart with just 33 circuits remaining in stage one. Once he took the green flag, nobody could get around him, and he drove on to win the stage at the completion of the first 100 laps, earning a valuable playoff point in the process. 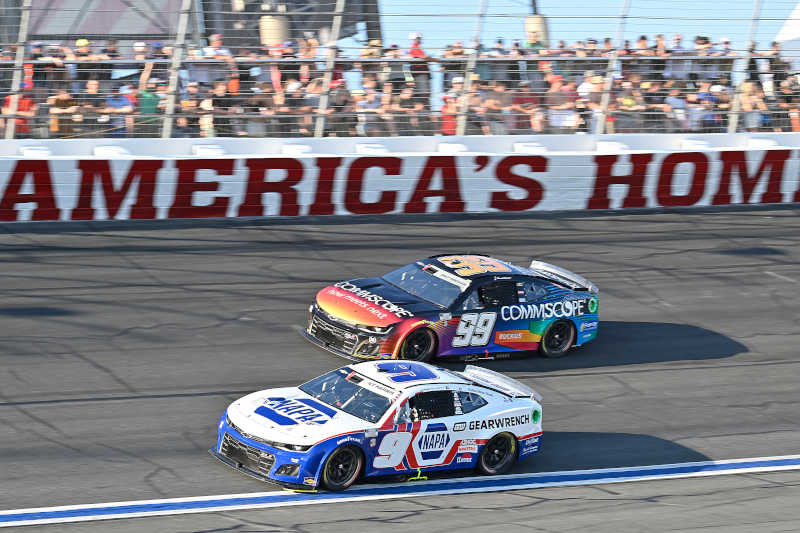 During the stage break, the team made another fast stop for four tires, fuel and a chassis adjustment, winning the race off pit road. Once the field took the green flag for stage two, Elliott tried to maintain the lead, but after a couple laps the No. 1 of Ross Chastain was able to work his way by. The Dawsonville, Georgia, native was running in the second spot when the caution came out on lap 126. Elliott brought his Camaro to pit road for four tires and fuel and was able to get off pit road ahead of Chastain. He retook command of the lead after the restart and held point until another yellow flag waved with 52 to go in the second stage. 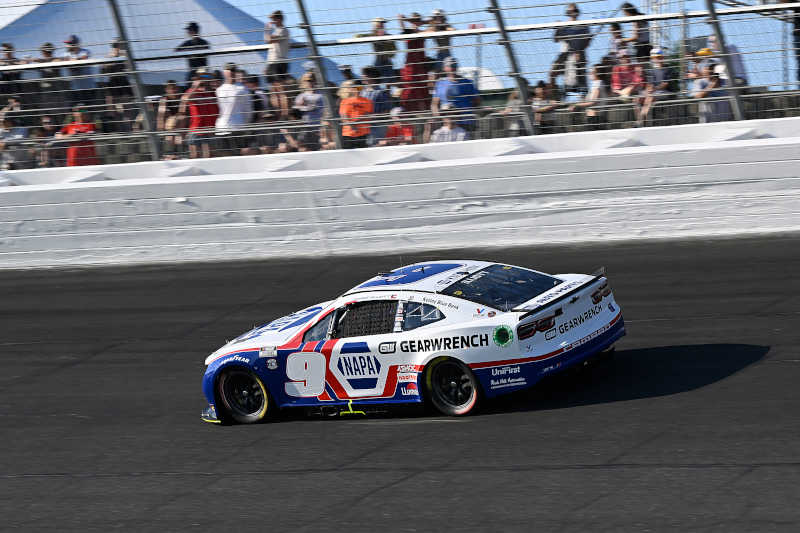 The team opted to bring Elliott to pit road for another set of fresh tires and fuel. With two cars staying out, Elliott lined up third for the restart and powered his way to the lead in a hurry. The caution flag waved yet again with 35 laps left in stage two, and the team decided to stay out on the track along with several other cars. On the restart, Elliott tried to hold onto the top spot but ultimately settled into the third position. As the laps wound down in stage two, Elliott started gaining on the cars ahead of him. He was battling hard when he got into the wall, suffering some damage to his No. 9 Chevrolet. The contact resulted in a mechanical issue on the NAPA AUTO PARTS Chevy; before Elliott could make his way to pit road, he lost control of his Camaro and spun, bringing out the caution. 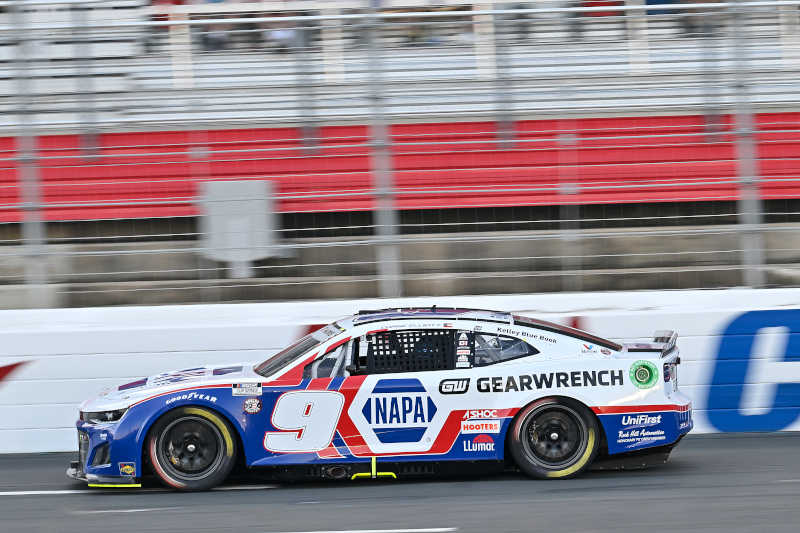 The 26-year-old driver brought his Chevrolet to pit road. The No. 9 team worked hard to fix the mechanical issue, but Elliott was forced to retire from the race after not meeting NASCAR’s damaged vehicle policy of finalizing repairs within the five allotted minutes. He was ultimately scored with a 33rd-place finish after completing 188 laps. It was the No. 9 team’s first DNF of the season. 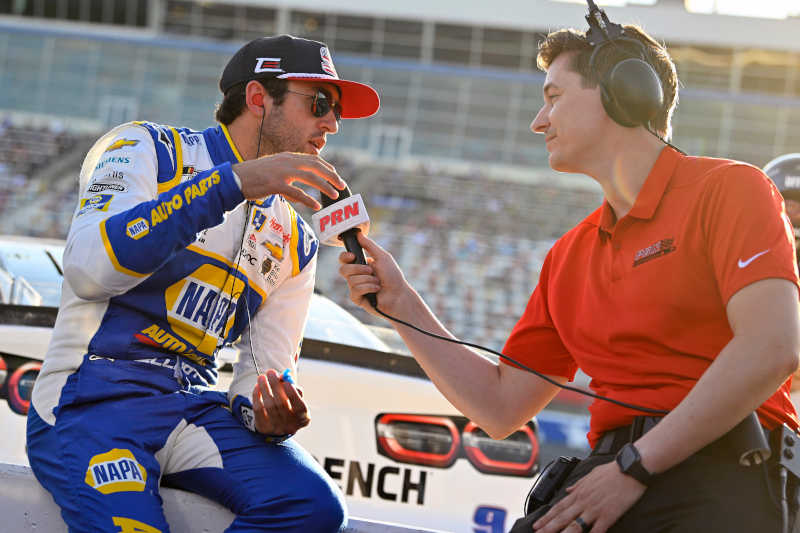 Elliott led a total of 86 laps on the night and earned his eighth playoff point of the season with his stage one win. He continues to the lead the NASCAR Cup Series point standings by 34 markers over Ross Chastain.

Next Race: Sunday, June 5, World Wide Technology Raceway
How to Watch or Listen: 3:30 p.m. ET on FS1, MRN and SiriusXM