This year’s Memorial Day weekend took the World of Outlaws back to the Mid-West. The series kicked off the weekend Saturday in Waverly, Ohio, where the Outlaws returned after a 13-year hiatus from Atomic Speedway. Thirty-nine cars signed into the event, leading NAPA AUTO PARTS driver Brad Sweet to draw a qualifying spot of fifth in Flight B. The Big Cat’s No.49 car stopped the clock at 11.520 seconds, placing him first in Flight B. This would slate him to start first in Heat Race 3. 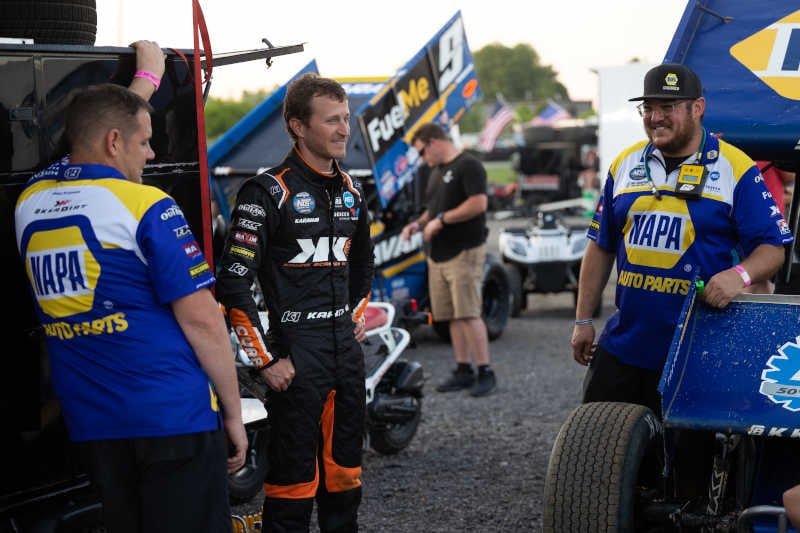 As the green flag waved, the No.49 was a rocket and immediately took off from the field. With no other competitors in closing distance, Sweet brought the No. 49 home in first, punching his ticket to the Fast Pass Dash. When it came to drawing, Sweet notoriously drew the last row (seventh of eight spots.) With a distance of six laps for the Dash, it was go time. 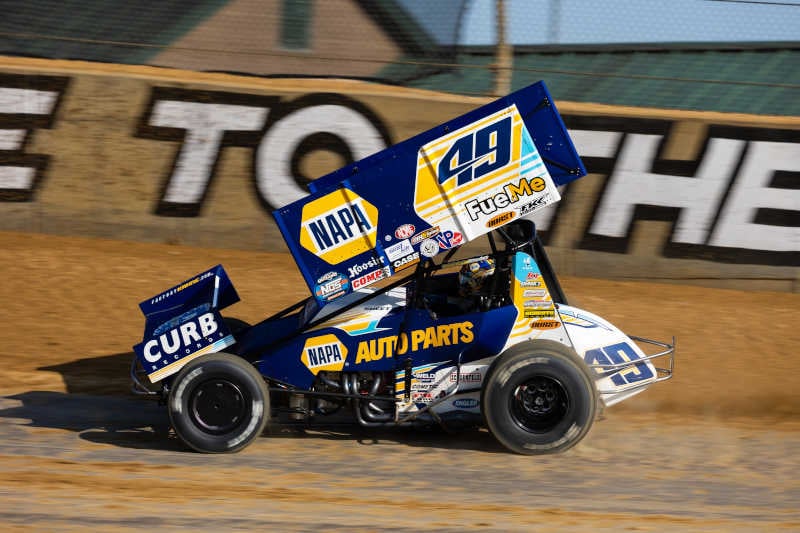 Slide jobs were traded back and forth on the racy surface. With multiple grooves throughout the track, Sweet slid up to claim sixth. Coming to the checkered, Sweet was closing in on another competitor, but the wave of the checkered flag prevented him from completing the pass. The NAPA No.49 was scheduled to start sixth in the 30-lap A-main. 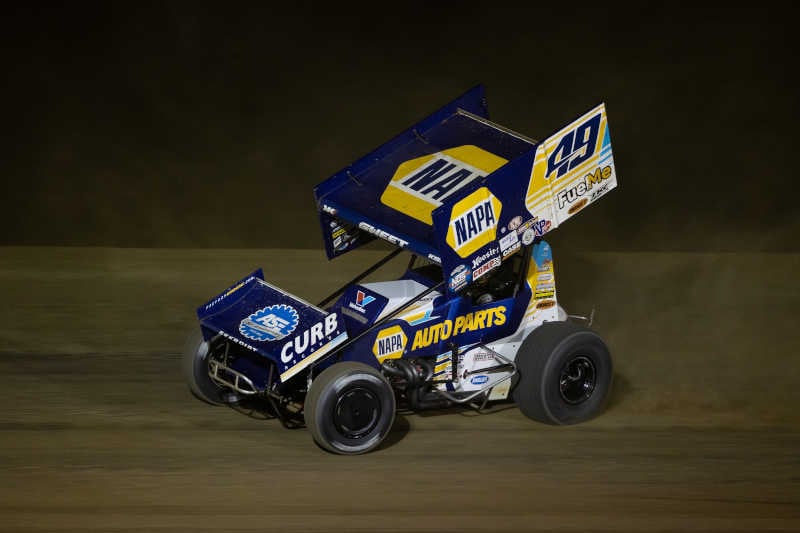 At the drop of the green flag, the race was on. The NAPA No.49 proved hooked up, running different lines throughout the track. Sweet managed to get up to fourth, and only 1.455 seconds behind third, Sweet brought the NAPA Auto Parts car home just outside the podium at Atomic Speedway. 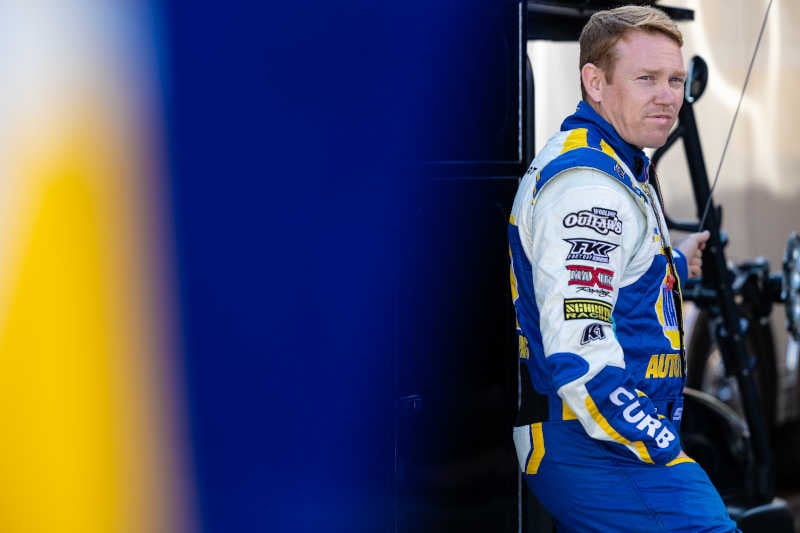 Monday’s event took the NAPA AUTO PARTS team to Lawrenceburg, IN, for the Memorial Day Spectacular. With 43 cars in attendance, Sweet drew the 13th pill in Flight A for qualifying. Stopping the clock at 12.383 seconds, the No.49 qualified seventh. This would lead him to start fourth in Heat Race 1. Sweet’s heat race was a stacked with many good contenders. Once the flagman dropped the green, the Big Cat gave it everything he had. He managed to pick up a spot, finishing in the third position, just one spot short of the Fast Pass Dash. 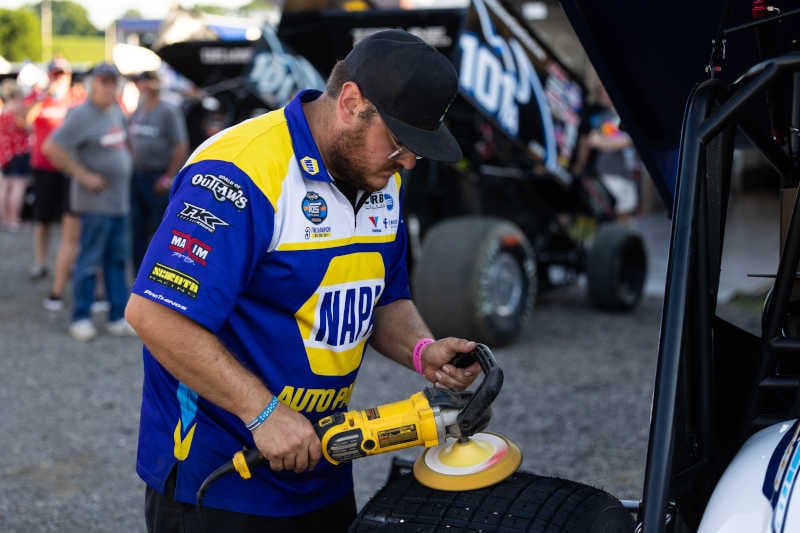 The third-place finish in Heat Race 1 slated the No. 49 to start ninth in the 30-lap A-main event. The NAPA No.49 used all 900 horsepower to take on the stacked field. With a racy surface that provided multiple groves, the Big Cat made his way through the field one by one. After Sweet progressed up to fifth place, a caution caused a restart. Sweet took off on the restart, but his competitor had the better line, causing him to fall back to sixth. After multiple attempts to get back by, Sweet brought the NAPA AUTO PARTS No. 49 home in sixth place. 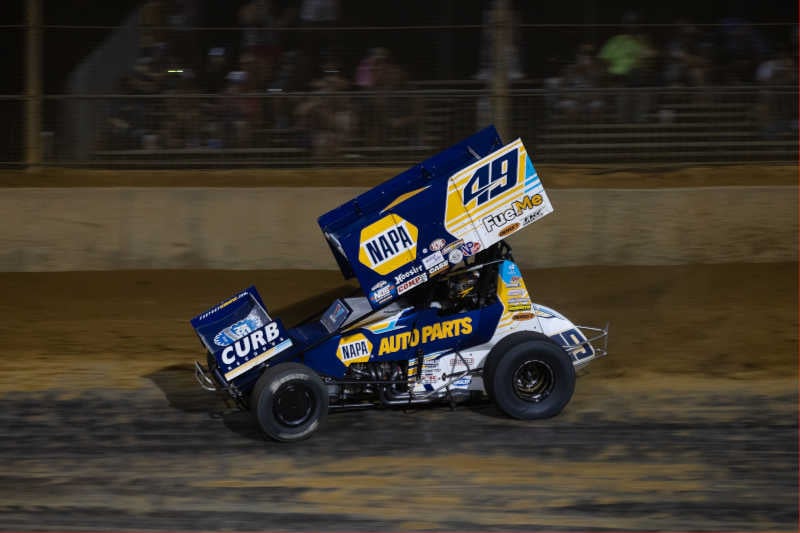 The No. 49 team will now head to Knoxville Raceway today to test for upcoming events.