After enjoying a week at the race shop in warm weather, Brad Sweet and the No. 49 NAPA AUTO PARTS crew made their way to Osborn, MO, where they were greeted with frigid temperatures. While Sweet and the team were at a “Meet and Greet” in Excelsior Springs, the World of Outlaws were forced to cancel the event at US 36 Raceway as snow began to fall at the track. Due to the early cancelation, the team got a jump start on their way to Eldon, MO, for the $15,000-to-win Jason Johnson Classic. 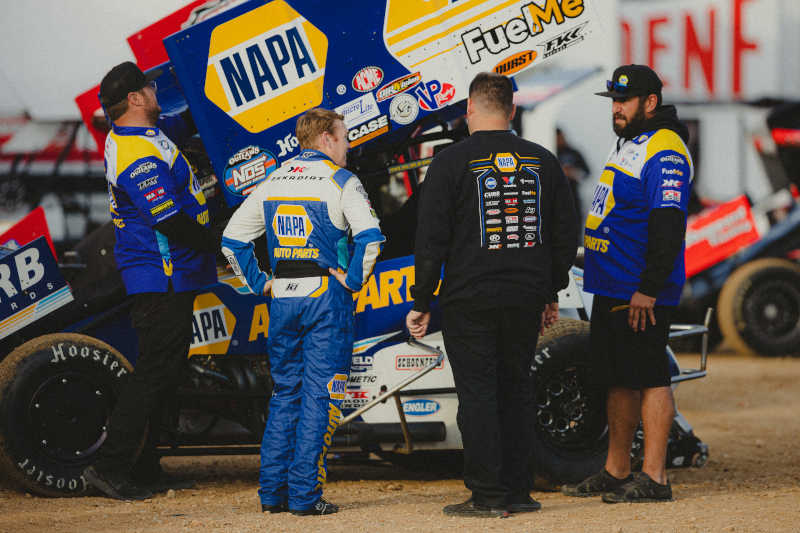 Luckily, Saturday presented warmer temperatures. The Jason Johnson Classic is an event that is near and dear to Sweet as he competed with Johnson for several years, including the one which led to his passing. A total of 38 cars signed into the event, which pushed the format to split qualifying. Sweet was the first car to go out in Flight B after the track had already started slowing down in terms of lap times. Stopping the clock at 11.588 seconds, Brad claimed fastest in Flight B qualifying. The No.49 was scheduled to start P1 of Heat Race #3. 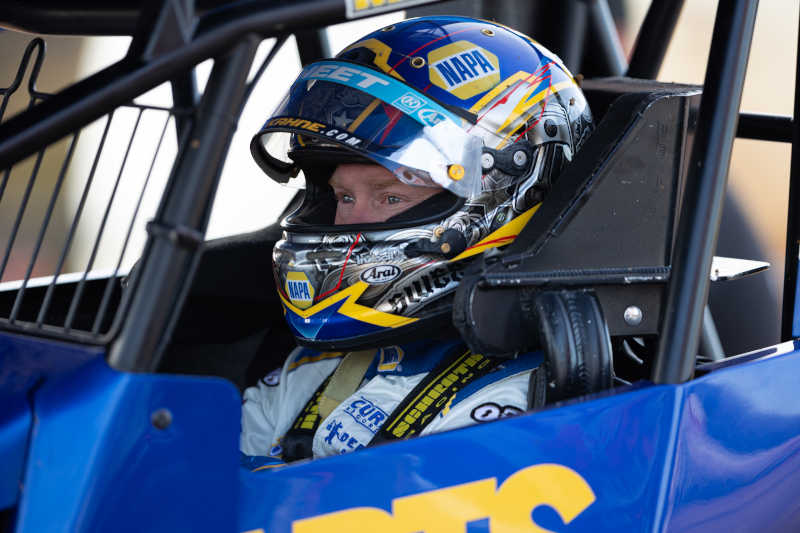 Jumping out to the early lead while placing a two-second gap between first and second place, Sweet held onto the heat race victory, claiming his ticket to the Fast Pass Dash. During the drawing for dash starting positions, Brad drew the #5 pill and stated, “I’m just glad I didn’t draw the #8 again.” Unfortunately, Sweet is known for bad luck when it comes to drawing for position. 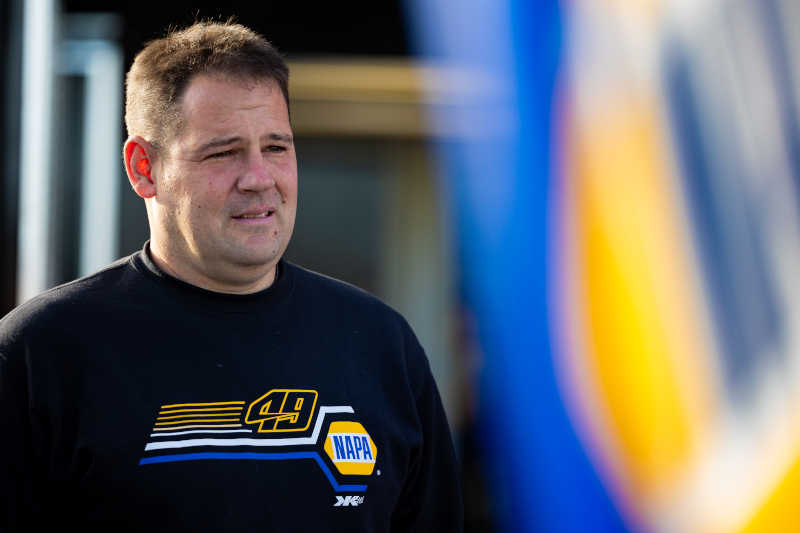 The NAPA AUTO PARTS No.49 was fast as they diced for positions throughout the 8-lap Fast Pass Dash. After limited time and a racy surface, Sweet held onto the 5th position, where he would line up for the A-main. An additional class running their A-main before Sweet’s, as well as his race being extended to 41 laps in honor of Johnson’s car number, created tricky track conditions. 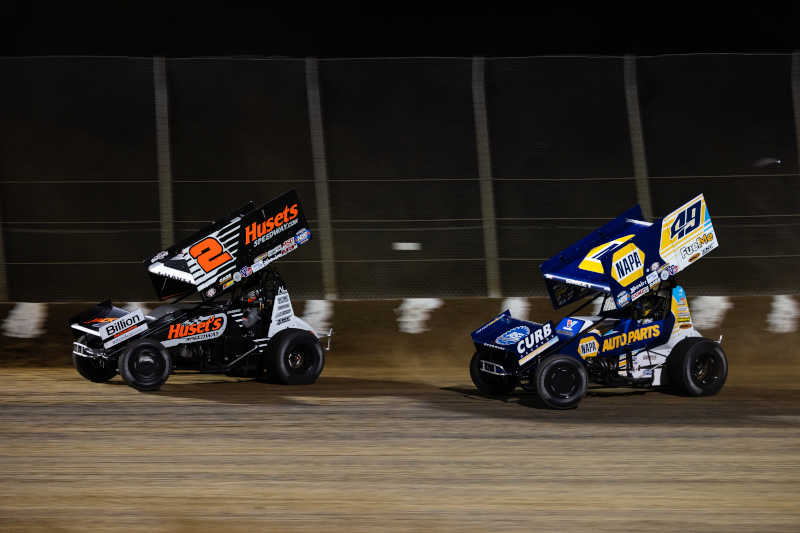 At the drop of the green flag, Sweet was forced into the sixth position coming out of turn 2. Determined to get around his competitor, Logan Schuhart, the No.49 patiently waited for an opening before making his move. At this point, the field began to spread out as the track started to rubber up. A significant amount of rubber laid down in the turns created zero passing as the drivers could not drive out of the turns without taking the chance of losing significant ground. Nevertheless, the NAPA No.49 salvaged a fifth-place run, extending his points lead for the championship. 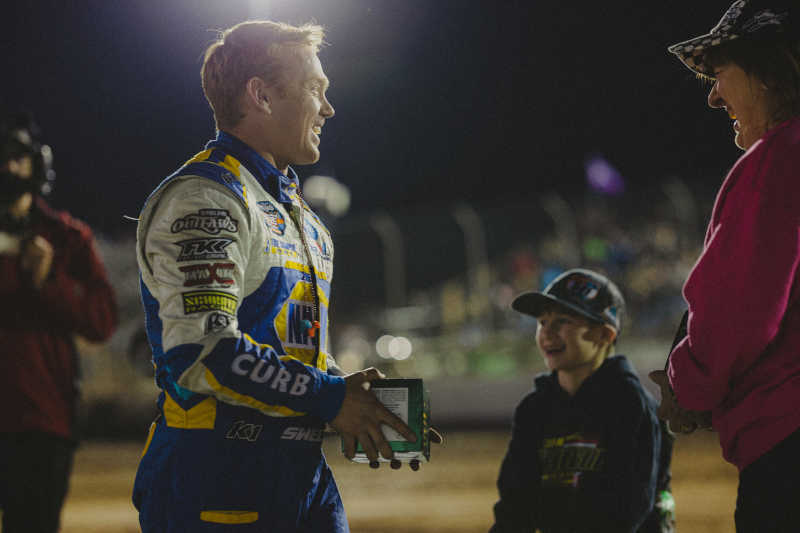 The crew will spend the week at the Kasey Kahne Racing shop in NC before heading off on a two-week trip.

Next Race: Friday, April 15, I-55 Raceway, Pevely, MO
How to Watch or Listen: www.dirtvision.com