As the 2019 Virginia NHRA Nationals event champion, Ron Capps and his NAPA AUTO PARTS team were ready to defend their title and add another Wally to the Ron Capps Motorsports trophy case. Although it had been three years since the last time the NHRA Camping World Series visited Virginia Motorsports Park, the Dean ‘Guido’ Antonelli and John Medlen-guided team came out swinging during qualifying. They recorded a 3.864 E.T. at 332.75 mph on Saturday afternoon to reset the track E.T. record and earn three bonus points for clocking the quickest run of the session. Capps was looking to maintain his position at the top of the timing sheets during Q3 but was bumped back a spot by his former teammate, Matt Hagan, who snagged the pole and track record in the process. 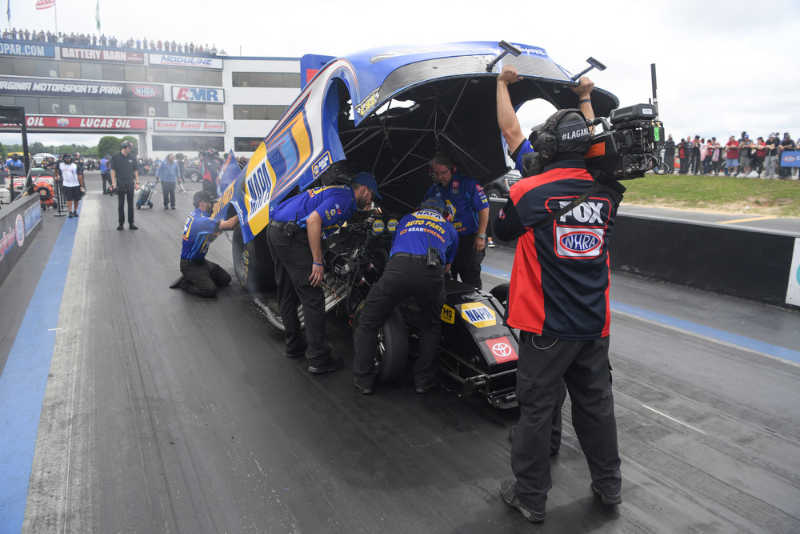 Starting from the No. 2 seed, Capps drew No. 15 qualifier Mike McIntire in round one of eliminations. McIntire hazed the tires as soon as he stood on the throttle while Capps encountered troubles almost immediately after. Both drivers attempted to pedal their cars, and while it was a futile effort on McIntire’s part, Capps was able to get his Toyota GR Supra to regain traction and hung on for the round win. In the quarterfinals, No. 3 ranked Capps faced No. 2 ranked Robert Hight. Without the advantage of lane choice, Capps found himself in the unfavorable right lane and suffered the same fate as many of his competitors, losing traction as soon as he attempted to leave the starting line. In the opposite lane, Hight was able to make a clean pass for the round win. 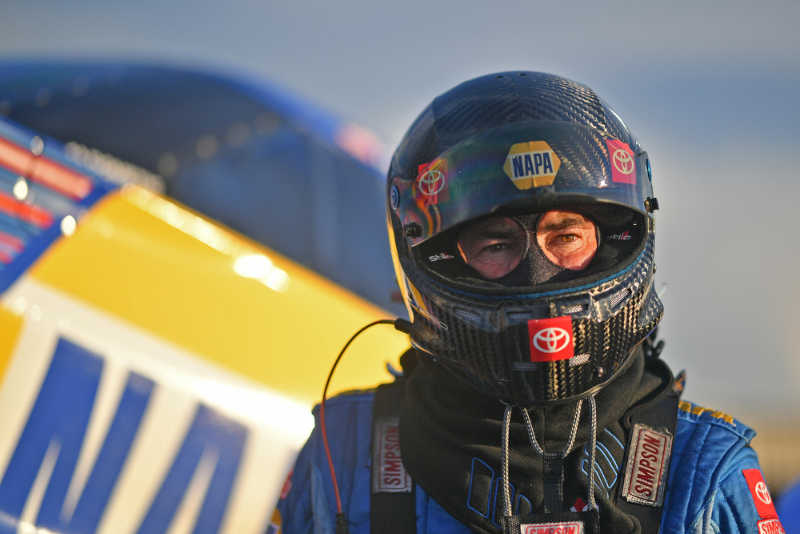 “What a weekend,” said Capps, reflecting on the wildly different conditions teams faced during the two days of rain-filled qualifying compared to a hot and sunny race day. “You go through these long days of qualifying with bad weather and rain delays, and it puts a lot of stress on the crew chiefs as they try to adapt to the conditions, but my gosh, the fans are unbelievable to stick around like they did last night. This was just another one of those weekends where it was a battle test for all the teams to adjust, and it went from cloudy and cool with a chance of rain, to some of the hottest track temperatures we’ve seen this year. But, hats off to Guido, Medlen, and our whole NAPA AUTO PARTS Toyota team. They did a great job of getting our GR Supra qualified in the No. 2 spot. Unfortunately, we smoked the tires in the quarterfinals on race day today but we have a few weeks off before our next race, and we’ll focus on fine-tuning everything and getting ready for our next event.” 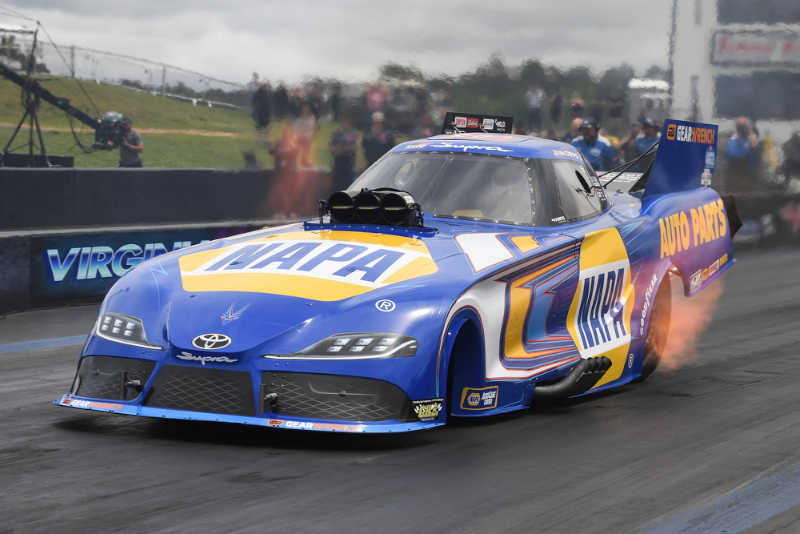 The No. 3 ranked Ron Capps Motorsports team competes next at the NHRA New England Nationals in Epping, N.H., June 3 – 6, where Capps returns as a two-time event champion. 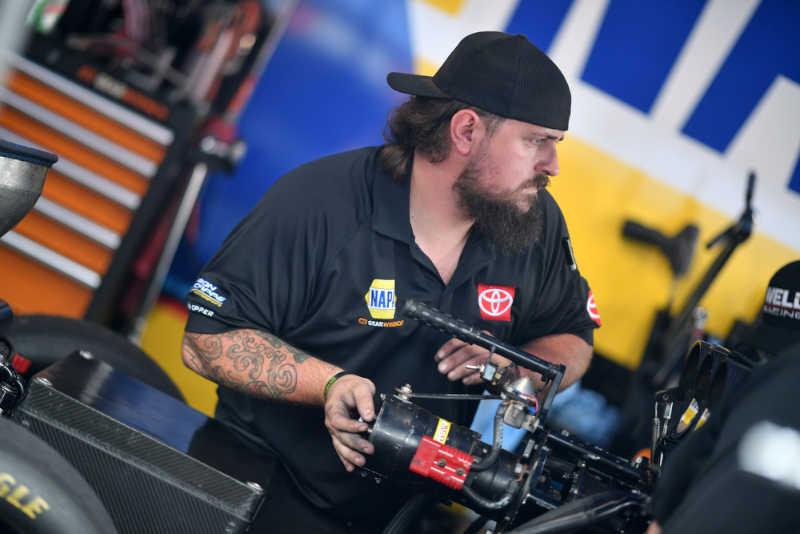