Well….it seems so long ago we chatted on here, yet it seems like just yesterday that we we’re gearing up for the West Coast swing and now all of the sudden here we are two races into our 2014 Countdown to the Championship.

We left Dallas and after we had our postponement in Charlotte on Sunday we ended up running the remainder of the zMAX race in Dallas during qualifying on Saturday and then here we are in St Louis for round three of our playoffs. We ended up going into the Countdown as the third seed after winning the Epping race and then Brainerd again this year, and actually that is the third year in a row that we have won the Brainerd race. HMMM…that is a lot of three’s.

Anyway, I am trying to backlog through my Twitter and Facebook stuff to remind me of what has been happening since then and it reminds me how cool it really is to sort of have your life or career documented by what is on the ESPN shows and then of course all of the social media with Instagram pictures, the videos that I have put up on “Vine”, and then of course Facebook and Twitter that we find ourselves trying to let the fans into our lives on and more important, off the track.

We did our usual RV trip once again this year back up towards where I grew up in San Luis Obispo and spent a week at two of our favorite places up there including Pismo Coast park that is located right on the beach in Pismo Beach… yes, the same Pismo Beach from Bugs Bunny and Daffy Duck cartoon fame. Then a week up with our friends at the Paso Robles RV park called Wine Country’s RV. Too much fun and not enough time, but a little is better than none at all I suppose, and I cherish the time I get with the family and especially with Taylor and Caden growing so fast.

Speaking of the Brainerd win, we had to wait until the Indy race to beat Force for the Brainerd Wally and with that I decided that Wally deserved to be enjoyed by the fans back in Minnesota. So we sent him on a journey and as we speak our Brainerd Wally is spending his days going from NAPA store to NAPA store in Minnesota and you fans can follow him on my Facebook fan page as well as the special Facebook page called “Ron’s traveling Wally” and he will eventually end up back up at the Brainerd track where the owners are currently thinking of a final resting place for him for all of our fans to see him next year. 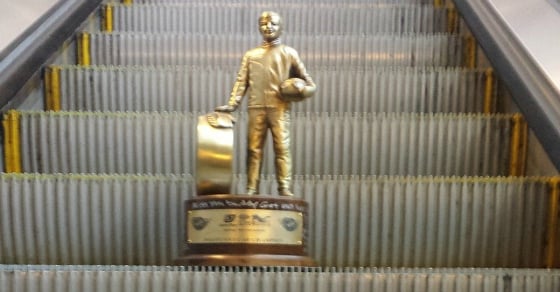 We stubbed our toe a little last weekend in Dallas after having a great racecar in qualifying and we lost a close race with Wilkerson when we dropped cylinder a couple of seconds into the run, which is what these nitro engines do sometimes for no reason. We dropped a couple of positions in the points but plan on climbing right back up the ladder starting with this weekend’s race at Gateway Motorsports Park in St. Louis.

I have to run, but I will try to stay up on my blog a little more often than I have lately and if you’re in Hawaii, keep an eye on my posts as I will be hitting Honolulu on Friday, Oct. 17th for some appearances and Maui on Saturday Oct 18th as well as stopping by the drag strip there that night once again, and then Kauai on Sunday the 19th of October for a few appearances on each island, so if you live there or are visiting come hang bruddah. Have to run, time to qualify here in St. Louis! Talk to you soon. 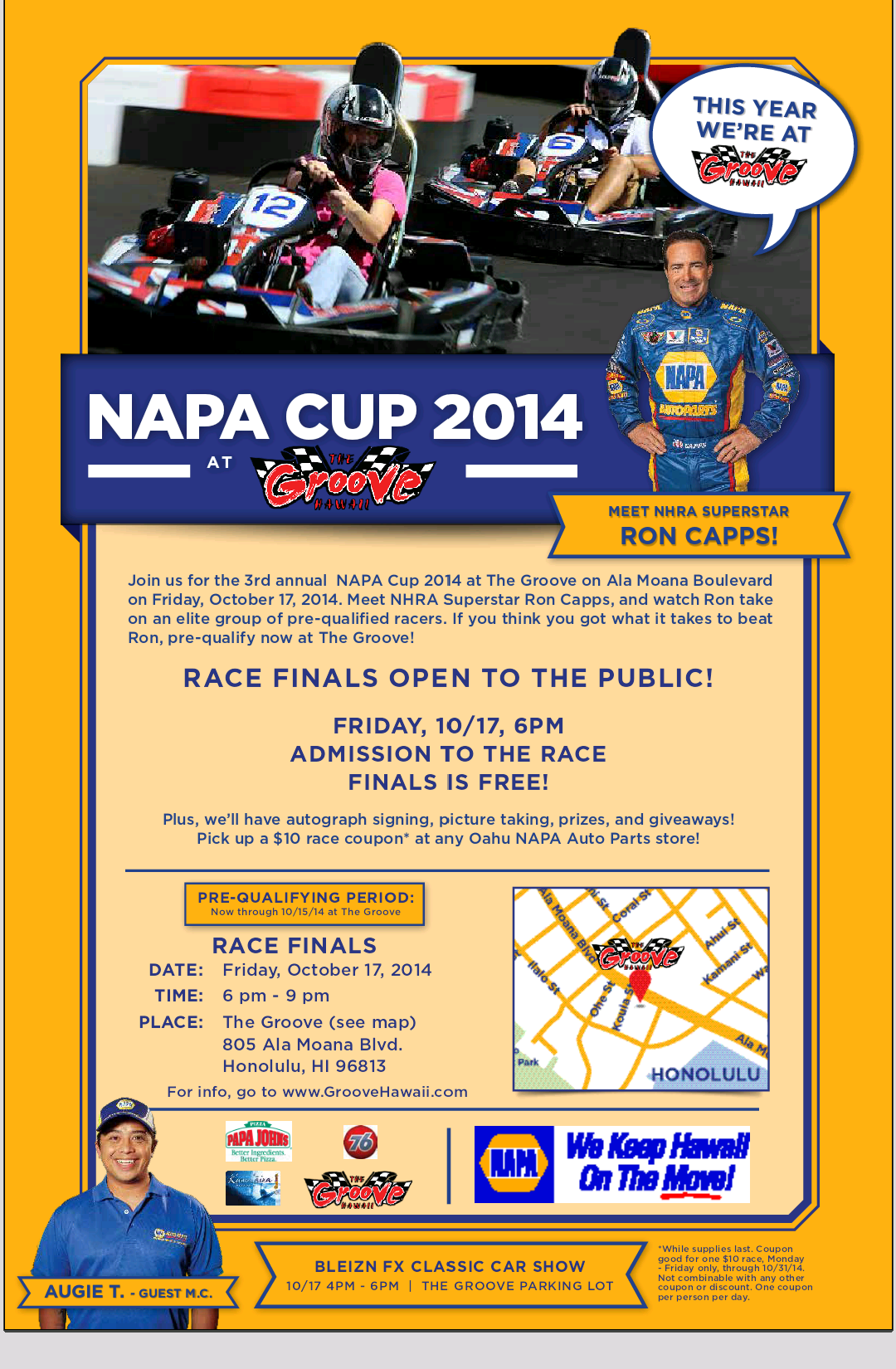