Behind the wheel of the Pennzoil Synthetics/NAPA AUTO PARTS Dodge, Ron Capps moved into the ‘top five’ in the Funny Car point standings by advancing to the semifinals at the NHRA Arizona Nationals. Along the way, Capps picked up milestone round win No. 750 and is only the fifth driver in NHRA history to achieve that accomplishment. 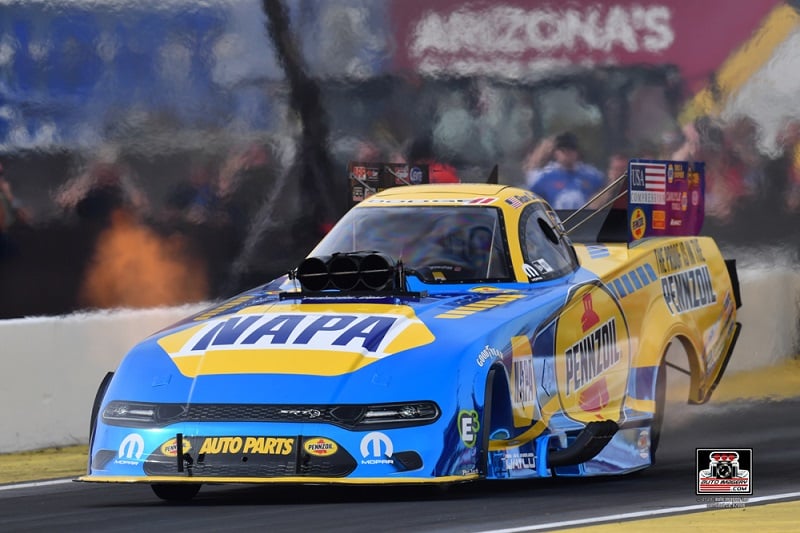 After earning a starting position in the top half of the field, Capps found himself locked into a fierce first-round battle with fellow Funny Car world champion, J.R. Todd. Capps was first on the throttle and led from start to finish, taking the win in his ‘chromed out’ Pennzoil Synthetics/NAPA AUTO PARTS Dodge Charger SRT Hellcat over Todd’s tire-smoking effort. Capps then earned the quarterfinal victory when his next opponent stood on the gas early and fouled out, handing Capps his 750th round win. The milestone accomplishment was achieved at the same facility where Capps earned his very first round win while making his professional NHRA debut in 1995.

In the semifinals, Capps and the Pennzoil/NAPA team faced Don Schumacher Racing stablemate Tommy Johnson Jr. Capps powered his machine to its best run of the weekend (3.864 seconds) but couldn’t quite catch up to Johnson, whose starting line advantage earned him the holeshot victory. 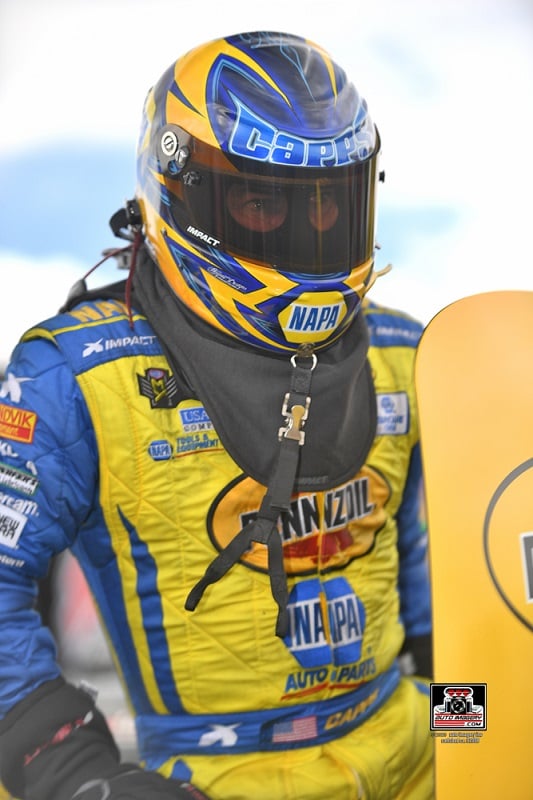 “For this team, considering where we were and how few runs we had coming in here, we’ve made huge strides for (crew chief) Rahn Tobler,” said Capps, referencing the team’s rocky start to the season which occurred when their trailer caught on fire and caused them to miss pre-season testing. “Even though we lost that close race in the semifinals, Tobler was ecstatic, and it feels like we have our race car back, and that makes everyone feel good. We had a really large clutch-ware problem that we’ve been fighting, and he finally got it down to where he was comfortable, and when he does that, the car goes out and can run in the 3.80s like that. 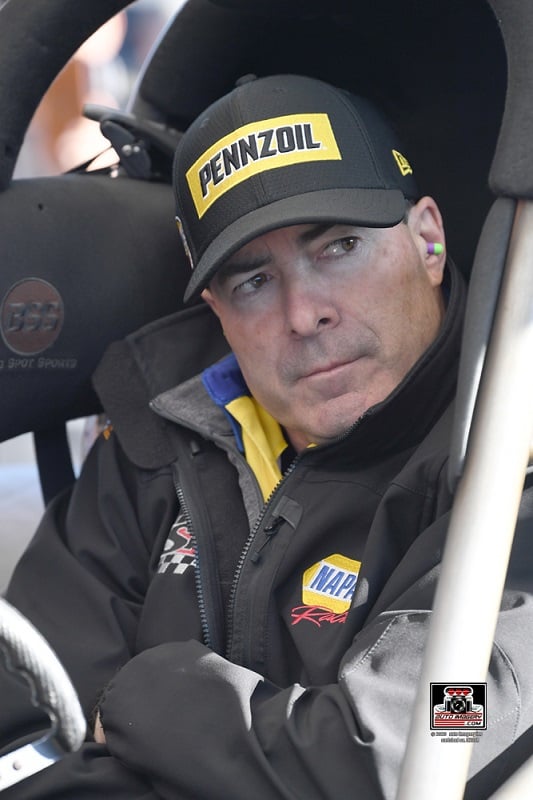 “Just a close drag race,” Capps continued. “I accidentally went in and lit the pre-stage and stage lights against TJ and just kind of sat there. He and I have raced and been teammates for a long time. He gave me a second before he went in. It was just letting two cars do the talking. Even though we lost, the good thing was it was a DSR car going into the final. Unfortunately, we lost a close one. But, I feel really comfortable and good, and Rahn Tobler is happy and excited to get to Gainesville.”

By advancing to the semifinals, Capps moved into the No. 4 position in the NHRA Funny Car point standings. Capps and the NAPA AUTO PARTS Funny Car team will look to continue to build on their momentum at the next event on the NHRA tour, the NHRA Gatornationals in Gainesville, Fla., March 13 – 15.