For the third consecutive event, Ron Capps and the NAPA AUTO PARTS Funny Car team secured a qualifying position in the top half of the field to start race day. The two-time 2019 event winners were quick and consistent throughout the weekend but came up just short of making a run to the NHRA Heartland Nationals semifinals at Heartland Motorsports Park. 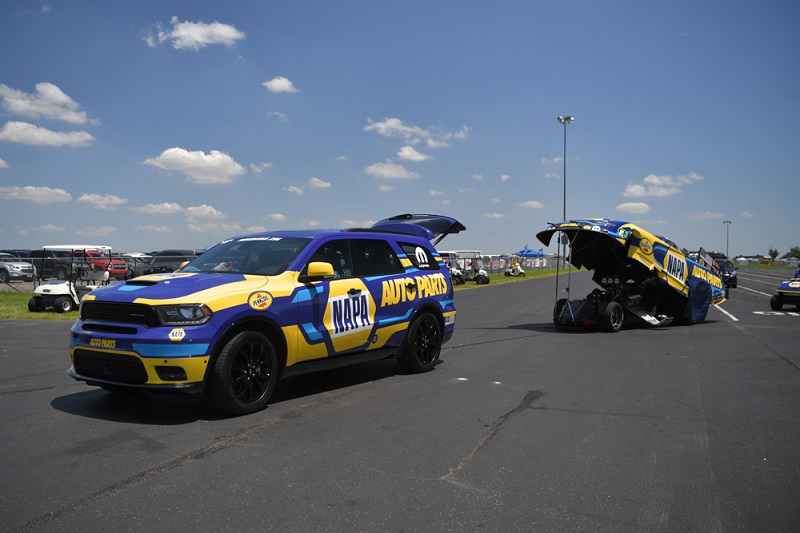 Back behind the wheel of the signature blue-and-gold NAPA AUTO PARTS Dodge, Ron Capps unloaded with an impressive 4.006-second pass right out of the gate to earn two bonus points during the first qualifying session of the weekend. Capps and the Rahn Tobler-guided team followed that up with two more solid passes to secure their third consecutive top-half qualifying position. 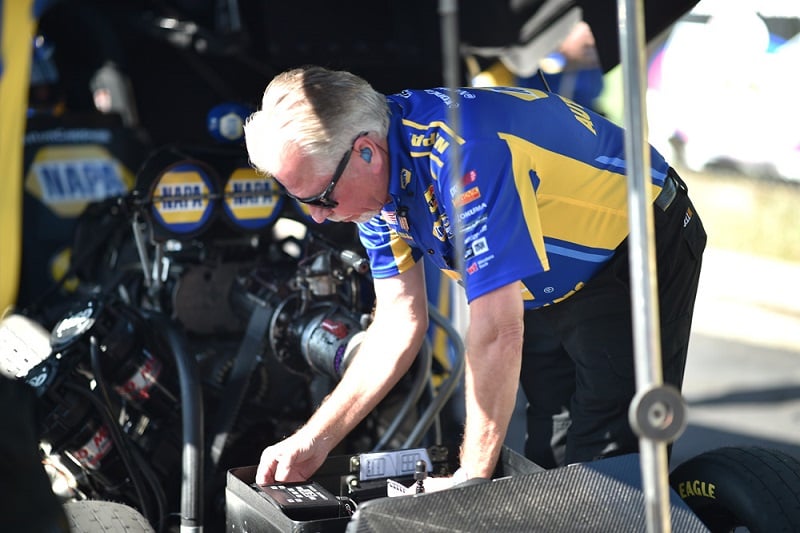 Against his first-round opponent, Capps rocketed the 11,000 horsepower NAPA Dodge Charger SRT Hellcat straight down the Heartland Motorsports Park track in 3.974 seconds to take the round win and extend his record to a perfect 8-0 against Jim Campbell. 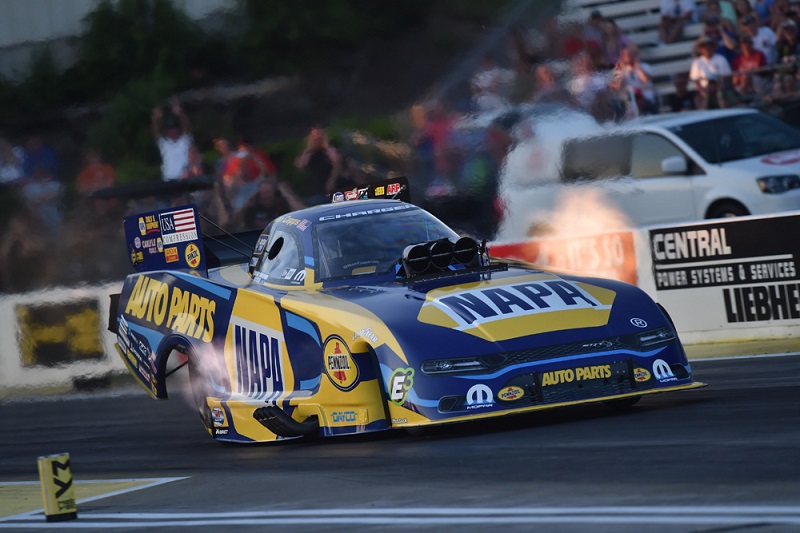 Round two featured an intramural teammate battle with Capps squaring off against Tommy Johnson Jr. Both of the veteran drivers launched their MOPAR-powered machines to the finish line in 3.941 seconds, but Johnson’s slight starting line advantage gave him the extra edge to capture the holeshot win. 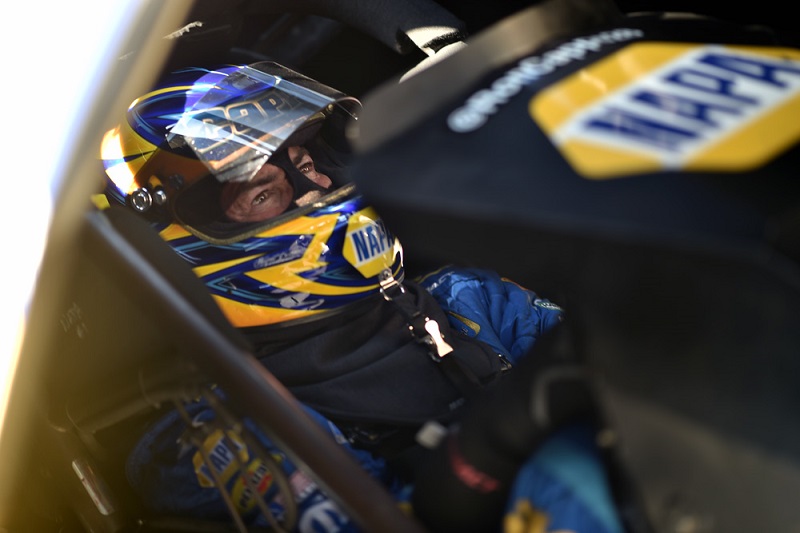 “We qualified well, ran well, we just got beat by another car that’s running really, really well,” said Capps, a four-time NHRA Heartland Nationals event champion. “I always say every time we race Tommy Johnson, I’m racing (Make-A-Wish crew chief) John Collins and Rahn Tobler because I feel like we’re running our own car over there. That’s a huge compliment to both crew chiefs.

“When Don Schumacher put me together with Rahn Tobler in 2012, John Collins was Rahn’s assistant, and while we were happy for him to have the opportunity to be a crew chief, we knew he’d be very, very competitive running a car. So, it’s fun to race them.” 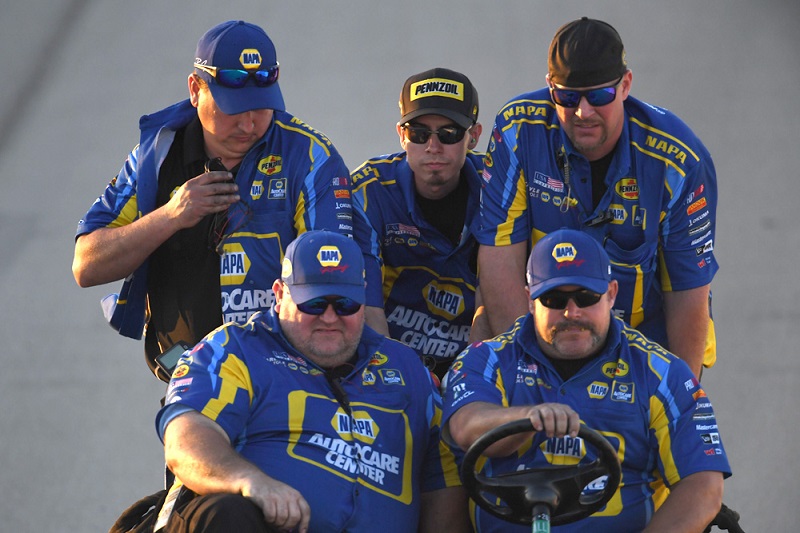 Ron Capps and the NAPA AUTO PARTS Funny Car team won’t have to wait long to have another shot at picking up their third Wally trophy of the year. They’ll be back on the track this Friday to begin qualifying for the NHRA Thunder Valley Nationals in Bristol, Tenn., where Capps returns as the defending event champion and winningest Funny Car driver in Bristol Dragway history. 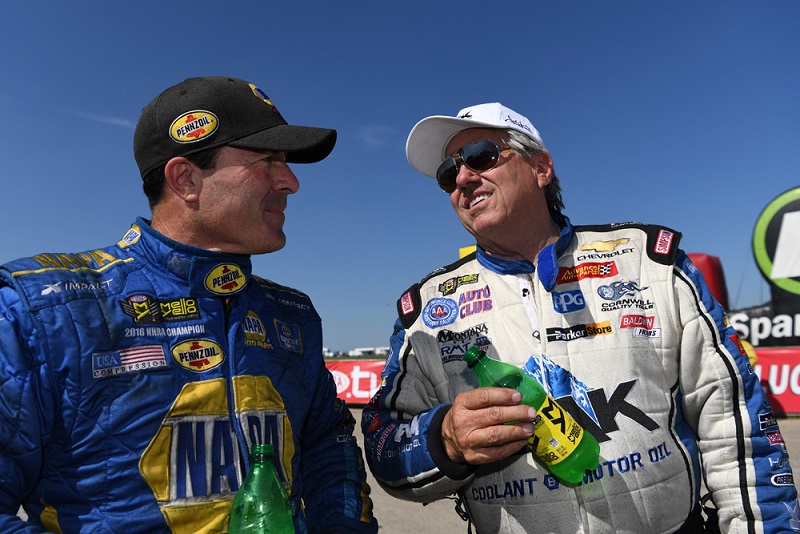 “It’s a bummer to have not collected more points in Topeka, but everyone is so bunched up in the Funny Car point standings right now. The good thing is, we go right to Bristol. We only have a few days off, and when you have a car that’s running as good as our NAPA AUTO PARTS Dodge Charger SRT Hellcat, you love back-to-back weekends.”