Ron Capps entered the Route 66 NHRA Nationals with his sights set on a third consecutive victory behind the wheel of his NAPA Brakes Funny Car. After an impressive qualifying performance which earned him the No. 3 starting position, Capps looked prime for a three-peat. Unfortunately, his win streak ended in the quarterfinals when he fell to fellow Funny Car veteran John Force. 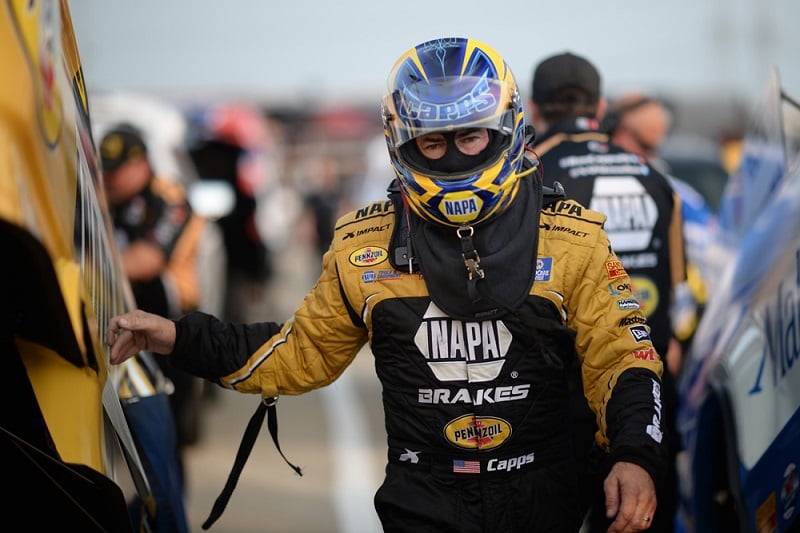 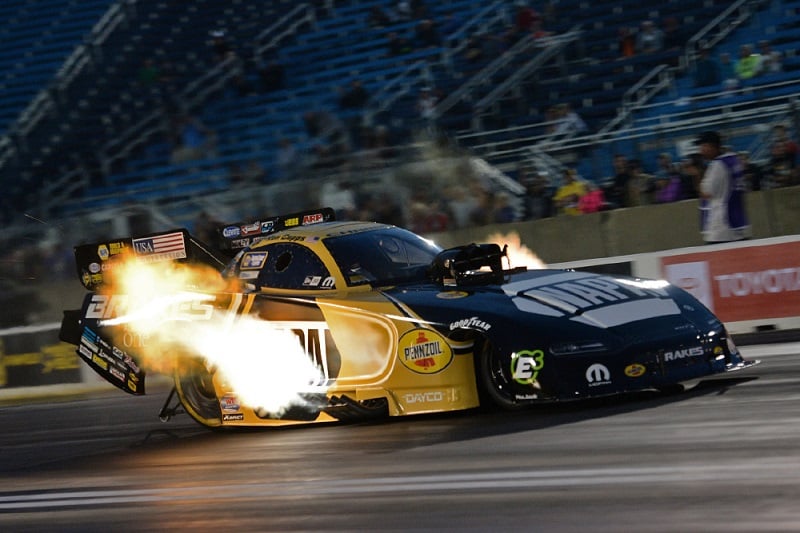 Sunday morning began with a first-round matchup against Bob Bode. Capps was first on the throttle and navigated his black-and-gold machine to a 3.944-second pass to defeat the popular hometown racer and setup a battle with John Force in round two. 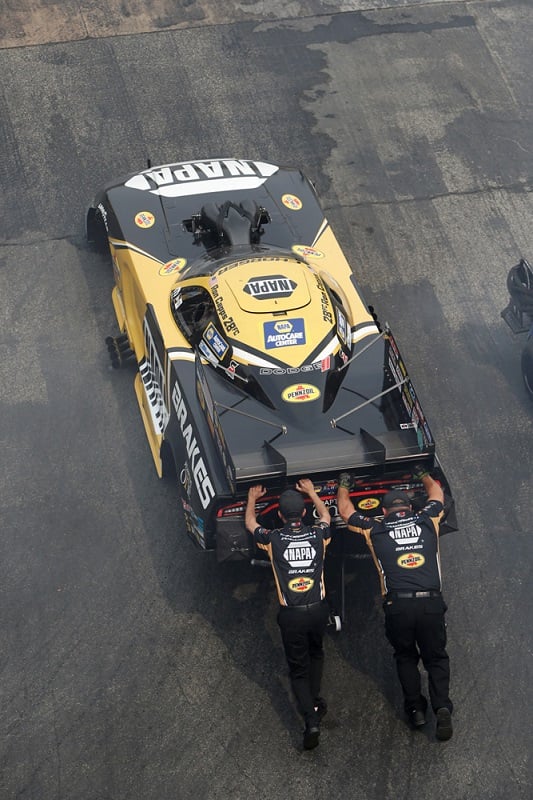 After nine consecutive round wins, the NAPA Brakes hot streak would come to an end at the Joliet quarterfinals when Capps was defeated by Force during the veterans’ 102nd head-to-head race day matchup. 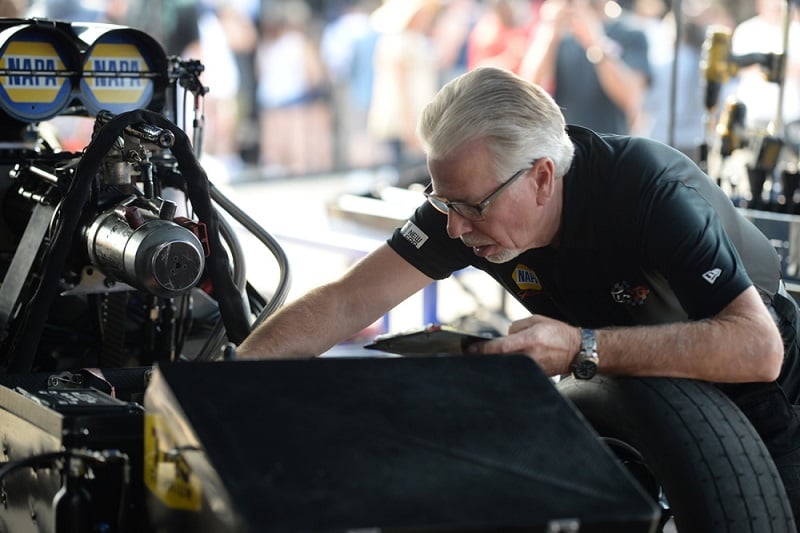 “The car fell off a lot during round two, and (crew chief Rahn) Tobler and the guys are trying to figure out what happened,” said Capps of his loss to Force. “It looks like it lost a little bit of fuel pressure, but we’ll find out and see what’s going on. 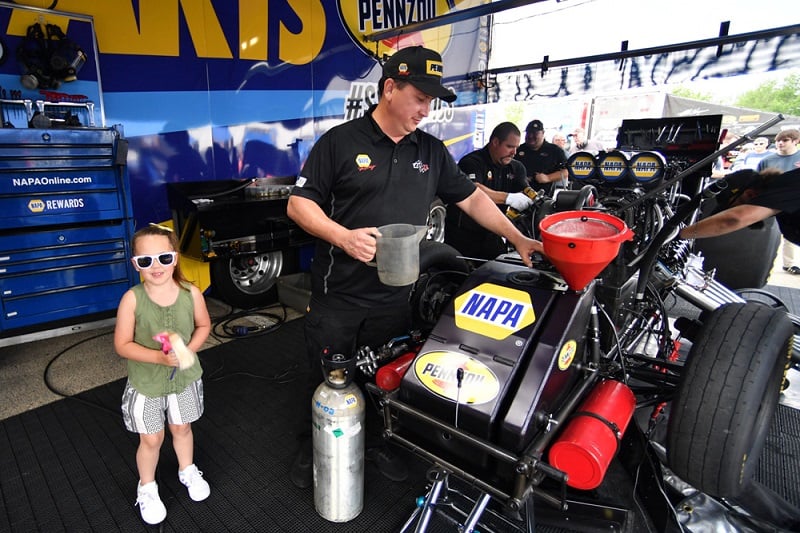 “Our NAPA Brakes run has now come to an end, but I really want to thank our fans for their support of our car and the NAPA Brakes promotion. It was so much fun running the black-and-gold car these last few races. The good thing is, we have back-to-back race weekends. Four races in a row can be fun if you’re running well and have a great car like we do. I’m excited to get back to our signature blue NAPA livery in Topeka and continue climbing back up in the Mello Yello points.” 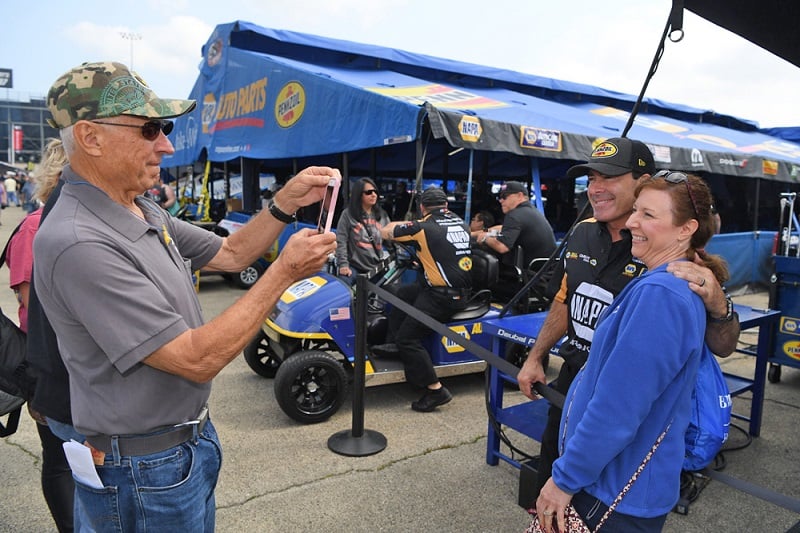