NAPA Racing driver Alexander Rossi bounced back from misfortune to cross the finish line in eighth at the IndyCar race in Toronto.

The weekend was off to a strong start and expectations were high for the No. 27 team as Rossi finished every on-track session, including qualifying, running in the top five. Advancing to the Firestone Fast Six in qualifying, Rossi competed against the championship’s front-runners for the pole position. It was eventually Josef Newgarden who scored Verizon’s P1 award. Rossi settled with the fifth grid position. 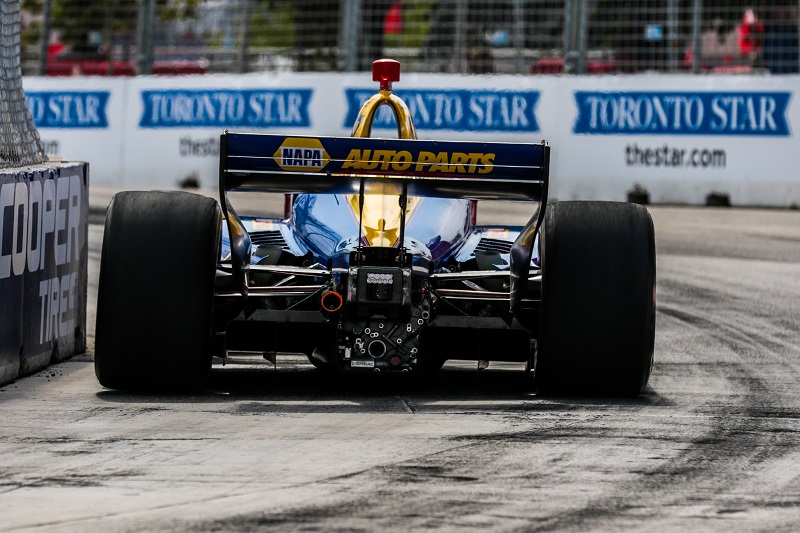 When the 85-lap race on the streets of Toronto went green, Rossi settled back one position in sixth until the first pit stop. In and out of the pits quickly, the NAPA AUTO PARTS machine made its way back out to the track to battle Team Penske’s Will Power for another position. But on Lap 27, Rossi found his front wing in the back of Power’s machine. A yellow flag came out at the same time for Rossi’s teammate, who was stuck in the tire barriers, just one turn ahead. With his front wing dangling, Rossi ran around the track until the pits were open. The NAPA KNOW HOW crew changed the front wing swiftly and Rossi was back on track and able to catch up to the pack before the green flag came back out.

Taking the restart from 20th, the championship contender struck misfortune again. Graham Rahal had spun on track collecting cars and creating little space to maneuver through. With nowhere to go, Hunter-Reay and Rossi made contact and the No. 27 machine was forced to pit again under the yellow conditions on Lap 34 and Lap 36, for decreasing tire pressure and another front wing change, respectively. 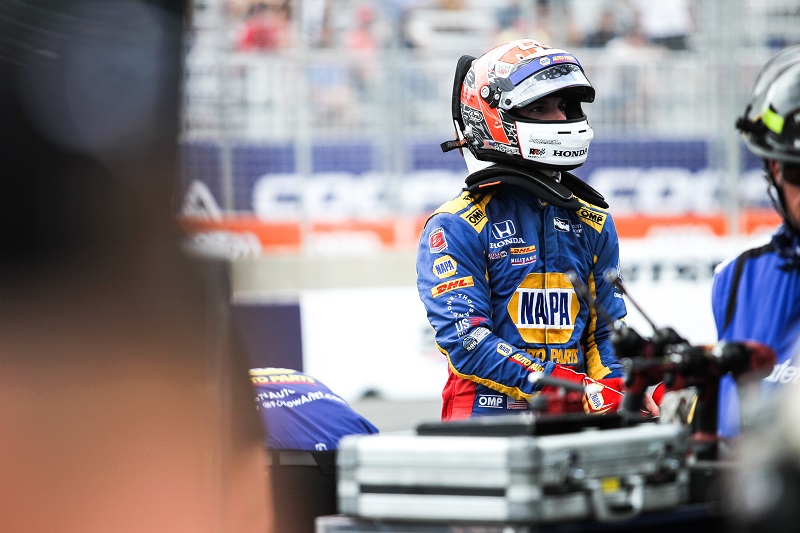 Determined and driven to continue collecting championship points, Rossi worked through the field of the action-packed, drama-filled Honda Indy Toronto, to eventually rebound back to eighth position when the checkered flag flew.

“It’s a pretty disappointing result,” said Rossi. “I don’t think we had the car to beat Scott [Dixon], but for sure with the problems that everyone had, we could’ve finished second. It’s been a difficult string of races. We had contact with Will [Power] and he had a bit of a problem going into Turn 3 and I misjudged the closing rate, so I had a front-wing change that put me to the back of the field. Then [Graham] Rahal spun around, and I stopped to avoid it, but then Ryan [Hunter-Reay] hit me and I went airborne. We changed the wing again and stopped a couple more times. The fact that we finished eighth is a huge testament to the NAPA AUTO PARTS team and I’m so thankful for them. It was a difficult day and they kept me in it. We’ve had a lot of mistakes lately and there’s not a lot of time off, so we have a lot of work to do.” 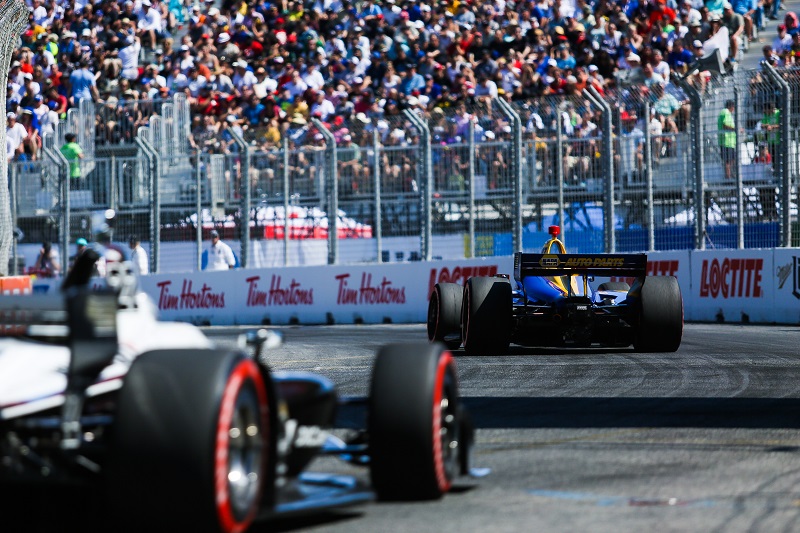