Alexander Rossi scored a third-place finish in Saturday night’s IndyCar Series race at ISM Raceway near Phoenix, marking his second podium finish in the first two races of the 2018 season. 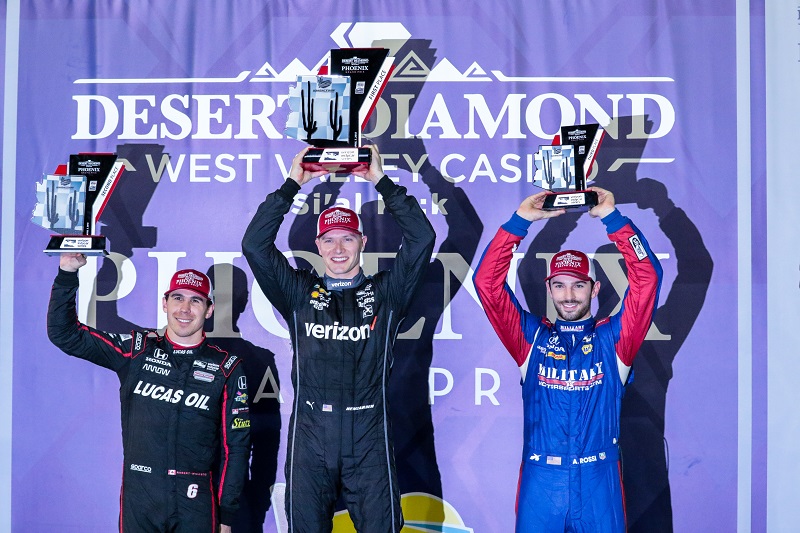 After starting from the fourth position, Rossi’s race was looking bright from the start until the first round of pit stops tossed a wrench into Rossi’s momentum. Upon entry to the pit box, the No. 27 slid past its marks, striking a crewman and collecting a drive-thru penalty. With no injury to the Military To Motorsports crew, Rossi served his penalty and fell to the back of the field, one lap down.

“We had a strong start but then had a mishap on the first stop,” said Rossi. “It was unfortunate, but the important thing is that my crew is okay – that’s always my first concern. I didn’t challenge the box that hard, it was a stop under yellow so there wasn’t a need to – I went to turn right to line up and (the car) just went straight. But not only did we lose all the spots because they had to push me back into the box, we then were issued a drive-through penalty on top of it. It definitely put us in a big hole. Then we
didn’t get the yellow we needed, so we had to completely un-lap ourselves and come back through the field.” 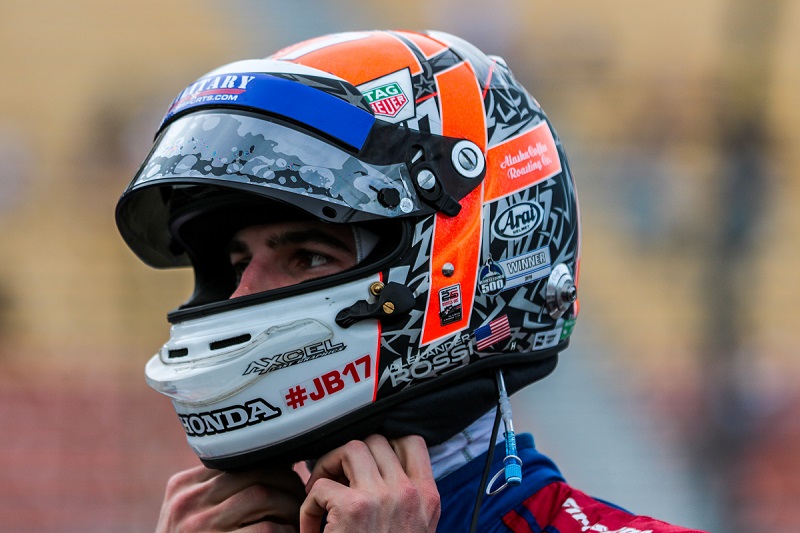 And come through the field he did. Now all the way back to 22nd in the 23-car field and one lap down, Rossi spent the rest of the 250-lap race passing cars. In fact, Rossi made a race-high 53 passes, which was 19% of the passes made in the race (Sebastian Bourdais had the second highest number of passes with 24).

By Lap 165, Rossi was back on the lead lap, and with his rocket ship, raced his way up to sixth over the next 65 laps. A yellow came out on Lap 230 when a car, who was running in the top five, made contact with the SAFER Barrier in Turn 4. Team Penske’s Josef Newgarden, who was the race leader at the time, came in for tires and Rossi shuffled up to third. 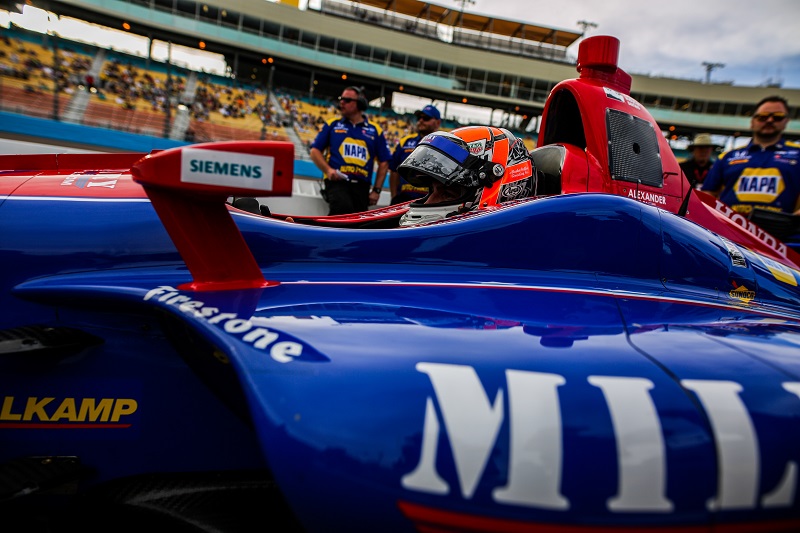 After the clean-up from the yellow, the last seven laps were a rush to the end. Newgarden’s fresh tires allowed him to re-take the lead passing Rossi, and the Schmidt Peterson Motorsport teammates of Robert Wickens and James Hinchcliffe. Rossi also made a pass on Hinchcliffe and moved back into third where he remained for the checkered flag. 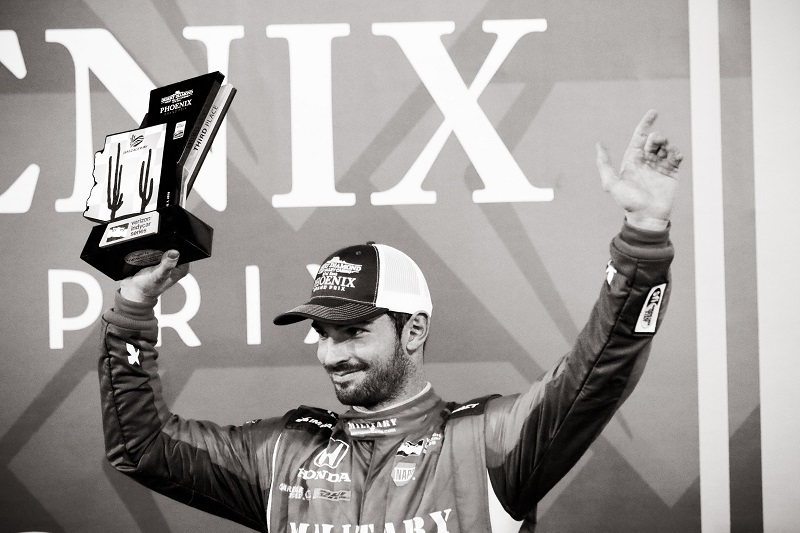 “To be in the position that we were with 10 laps to go was a blessing and a huge shout out to the whole 27 crew and the car they gave me,” said Rossi. “The Military To Motorsports Honda was by far the best car on track, I think, and it deserved to win. It wasn’t meant to be today, but I’m happy to stand on the podium.”

With a quick turn-around from oval to street course setups, the team heads 370 miles west to the streets of Long Beach, California. Round 3 on the Verizon IndyCar Series schedule will begin Friday, April 13, with two practice sessions followed by a practice session and qualifying on Saturday. The 85-lap race goes green Sunday at 4:42 p.m. ET with live coverage beginning at 4 p.m. on NBC Sports Network.