Chase Elliott started Sunday’s NASCAR Cup Series race at Darlington Raceway from the 23rd position in a special paint scheme designed by a 16-year-old patient from Children’s Healthcare of Atlanta. He was up to 13th when he spun and made contact with another car in the final laps of stage one. Elliott brought his damaged No. 9 Chevrolet Camaro ZL1 to the attention of his crew, but time expired on the damaged vehicle policy clock before the team could complete all the repairs. The 26-year-old driver was forced to retire from the race and was ultimately scored with a 36th-place finish.

Elliott was scored 28th when the first caution of the race came out on lap six. Under the yellow flag, Elliott reported that his No. 9 NAPA/Children’s Healthcare of Atlanta Chevrolet Camaro ZL1 was a little on the tight side but not bad. Restarting from 28th, he steadily gained positions, moving into 21st before the competition caution waved with 35 laps complete. Crew chief Alan Gustafson called Elliott to pit road for four tires and fuel. The team sent him back out to restart inside the top 20 on lap 40. 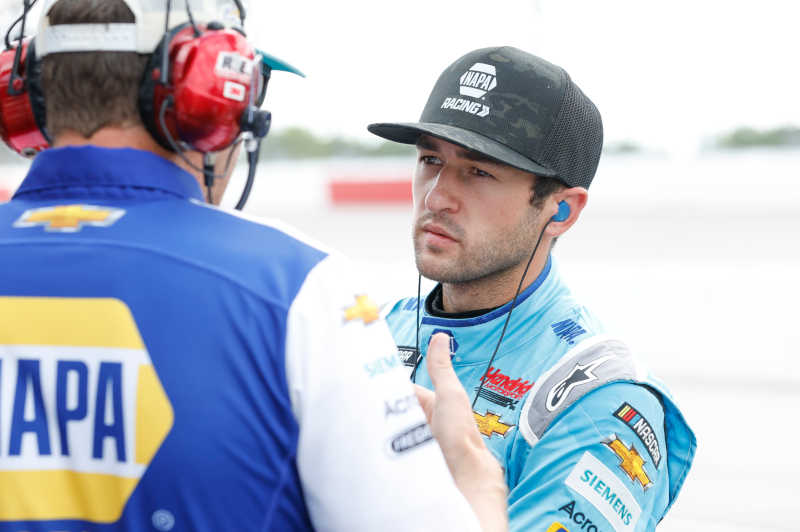 At the drop of the green flag, the 26-year-old driver continued his climb forward, finding his way to 15th by lap 51. Soon after, he relayed that his No. 9 Chevrolet was a little lazy with the nose. Roughly 20 laps later, green flag pit stops ensued. Elliott made his way to pit road around lap 74 for four tires and fuel and cycled through to 12th once he was back on the racetrack. As the long green flag run continued, Elliott slipped back to 14th, but worked his way back into the 13th position with five laps to go in stage one. Just a couple laps later he was heading into turn one when he got loose and spun, making contact with another car in the process. The No. 9 Chevrolet suffered significant damage to the right rear and Elliott brought it to the attention of his crew. The team worked hard to fix the suspension issues, but the damaged vehicle policy clock expired before repairs were complete. Elliott and the No. 9 team were forced to retire from the race on lap 114 and were ultimately scored with a 36th-place finish in the series’ first event of the playoffs. 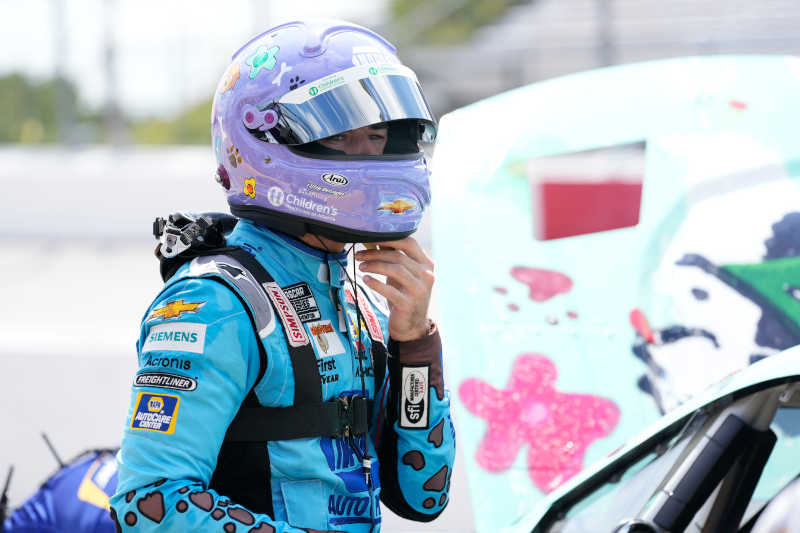 Next weekend the Cup Series travels to Kansas Speedway for the second race in the Round of 16. Elliott heads there in the ninth position in the playoff standings, 14 points above the cutline.

Next Race: Sunday, September 11, Kansas Speedway
How to Watch or Listen: 3 p.m. ET on USA Network, MRN and SiriusXM