The presence of a supercharged engine is almost always an indicator that the vehicle makes serious horsepower. Superchargers are found in various applications, but sports cars, race cars and aftermarket kits are the most common places you’ll find these power-adders.

How do superchargers work? Let’s take a quick look at the basics.

It might seem unusual at first, but all gasoline engines are essentially air pumps. The more oxygen you can get into a motor, the more gasoline can be burned, increasing the total power that is produced. Engines with large displacement make use of bigger cylinders and larger intakes to do exactly this, but by compressing air before it enters a motor it’s possible to pack in much more oxygen than is floating around freely in the atmosphere. Consequently, you can make a small displacement motor act like a big one in terms of horsepower. 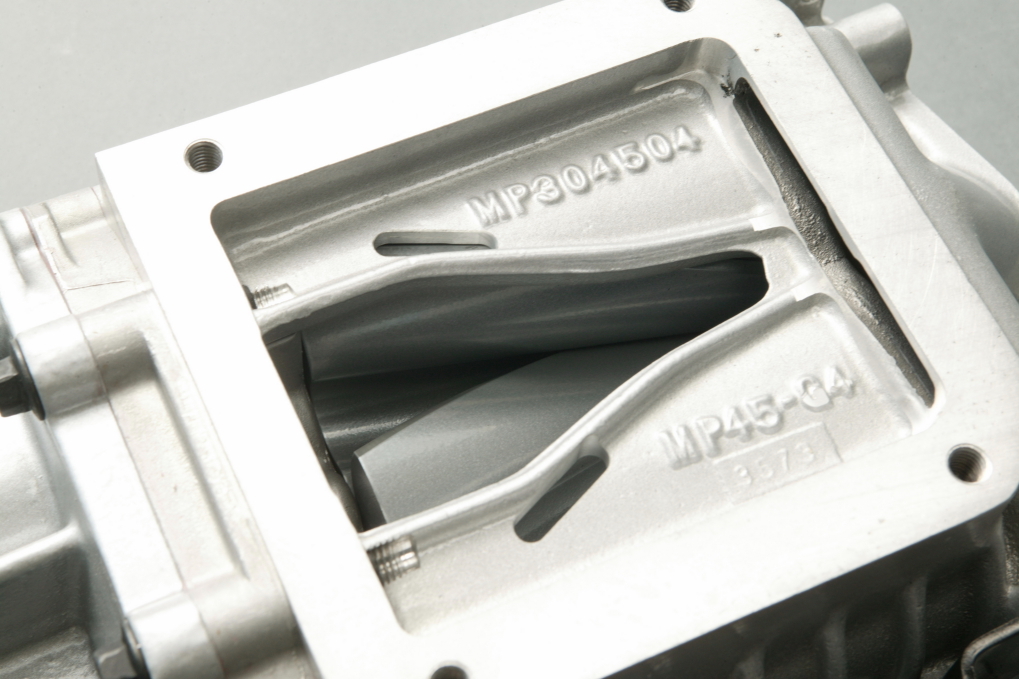 A supercharged engine differs from a turbocharged one, which also relies on compressed air to generate extra horses, in one important respect: how the supercharger itself is powered. Turbos spin their compressors through the force of the motor’s exhaust gases, but a supercharger is linked to an engine’s crankshaft via a belt, and it uses a gear system to set its lobes or impeller spinning.

The benefit of this type of design is instant-on power. With the exception of a centrifugal design (which can lag somewhat behind throttle application), Roots, Eaton and twin-screw superchargers can instantly deliver “boost,” or compressed air, whereas a turbocharger has to wait for the engine to produce enough exhaust to spin up its compressor. The downside is that running that belt robs the supercharged engine of some power, with up to 20 percent of output directed towards spinning up the blower.

Given that horsepower and torque increases of up to 50 percent over stock are common with supercharging, it’s a trade most performance fans are willing to make.

For more information on supercharged engines, chat with a knowledgeable expert at your local NAPA AUTO PARTS store.

NAPA Know How Blog Supercharged Engine Basics: How Do They Make More Power?