Following a trip to Washington, Brad Sweet and the NAPA AUTO PARTS No. 49 team made their way south to Chico, CA, to contest in the 68th Annual Gold Cup Race of Champions presented by Riebes NAPA AUTO PARTS. Taking on a new role as co-promoter of Silver Dollar Speedway alongside his brother-in-law Kyle Larson and friend, Coby Copeland, Sweet set his sights on the $25,000 payday for the Gold Cup winner. After earning several Gold Cup preliminary night wins, the Big Cat looked to add the title of Gold Cup Champion to his list of victories. 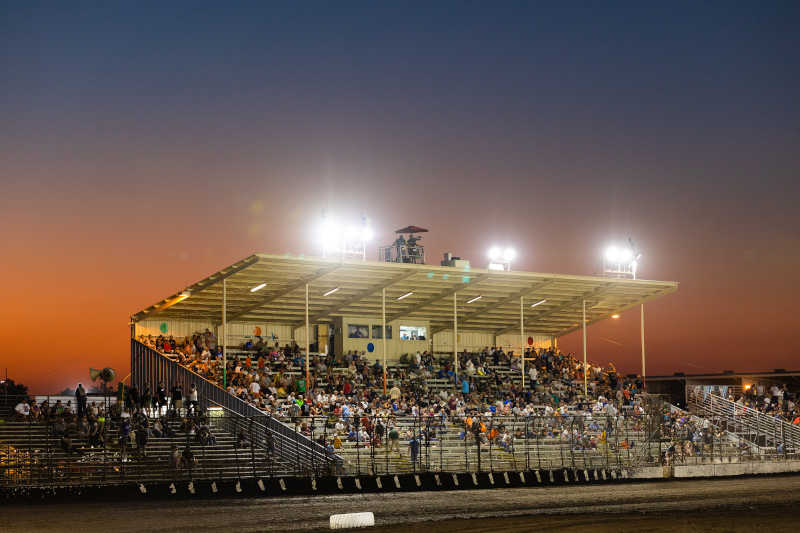 At the start of the event on Thursday, Silver Dollar Speedway track temperatures reached between 111 and 114 degrees. The field of 62 cars was split into two preliminary nights using a points system, with Sweet set to qualify on Thursday while the second group would qualify the following night. Sweet scored a lap time of 12.116 seconds in qualifying, placing him second overall. With an invert of six, this placed the NAPA driver sixth to start Heat Race 2. 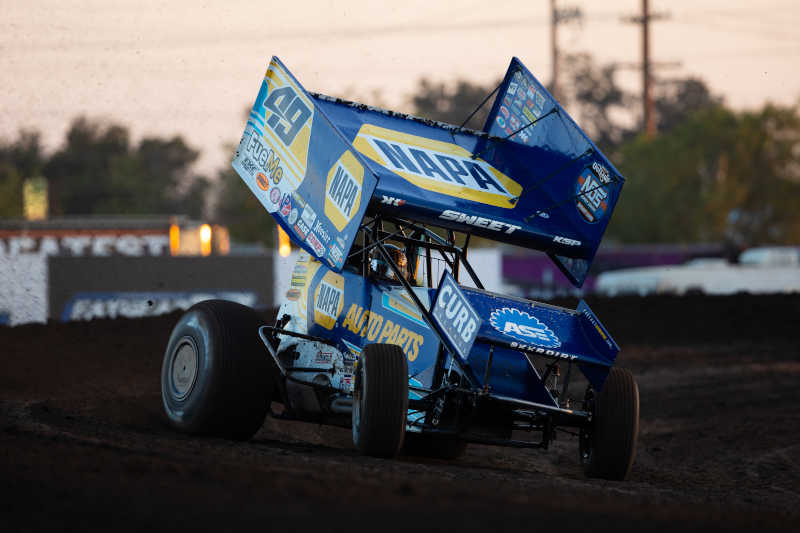 When his heat race went green, Sweet dove down low and promptly claimed fifth. Running the low line proved quicker than the top, and Sweet passed two more competitors to advance to third in just the first lap. The Big Cat held his spot as the field spread out and crossed the checkers in third place. Next up was the 30-lap, A-main event in which Sweet was slated to roll off from seventh. 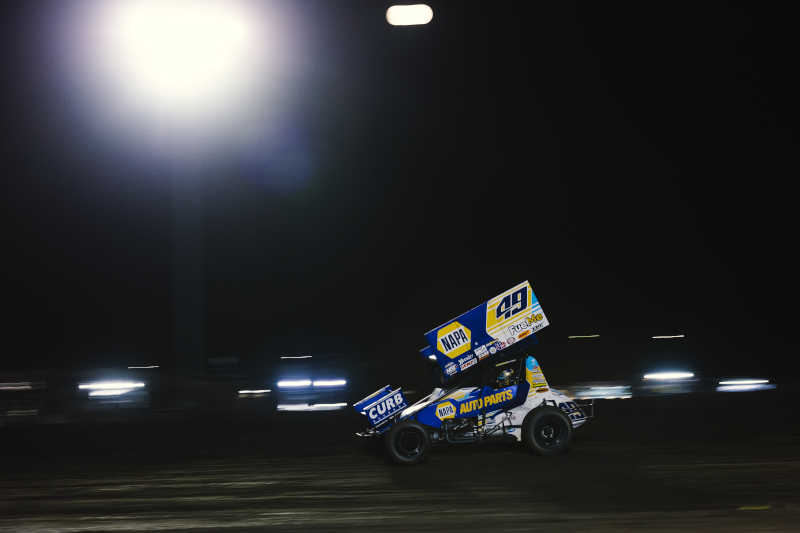 The field lined up for a side-by-side start to the A-main, and the green flag dropped. Running the bottom, Sweet found some grip. But as the track began to slick off, the NAPA No. 49 came to life. Sweet moved to the top to gain as much speed possible before diving down low to make the pass for fifth. After a late-race caution, the field lined up single file. Back under green, the Big Cat banked the No. 49 off the top, passing for fourth with four laps to go. Sweet attempted a pass on third-place runner James McFadden but ran out of time. With a fourth-place finish, Sweet was the second-highest points runner of the night and locked himself into Saturday’s main event. 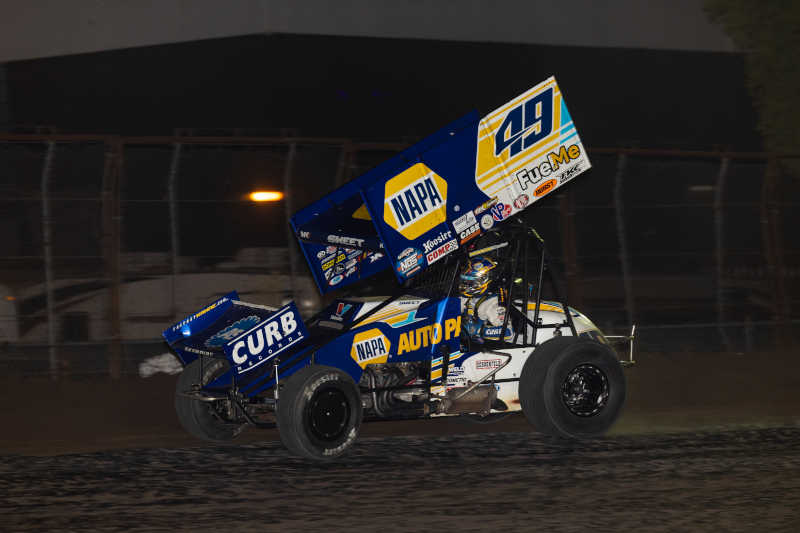 When the final night of the Gold Cup arrived on Saturday, the NAPA team was looking not only earn a $25,000 payday but also to claim the prestigious Gold Cup Champion title. With Sweet locked in to the main event, the NAPA driver needed only to draw his starting spot for the Fast Pass Dash.

“I’m really excited for my NAPA AUTO PARTS car,” Sweet said, drawing the #2 pill. “These are tough races at Chico, and it will be another battle.” 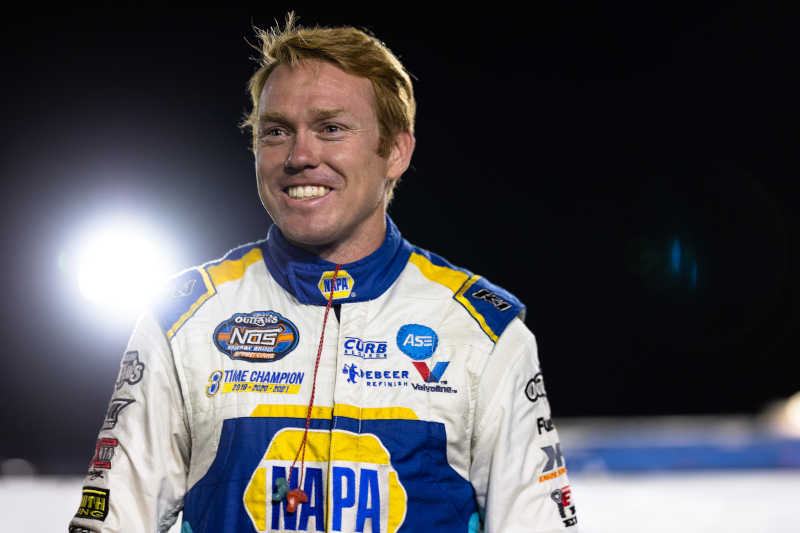 When the six-lap dash went green, Sweet jumped to the middle to hold second before moving into the high line. Hanging with the leader Jacob Allen, Sweet was not quite in position to pass. He finished in the second spot and was slated to start the A-main in second. 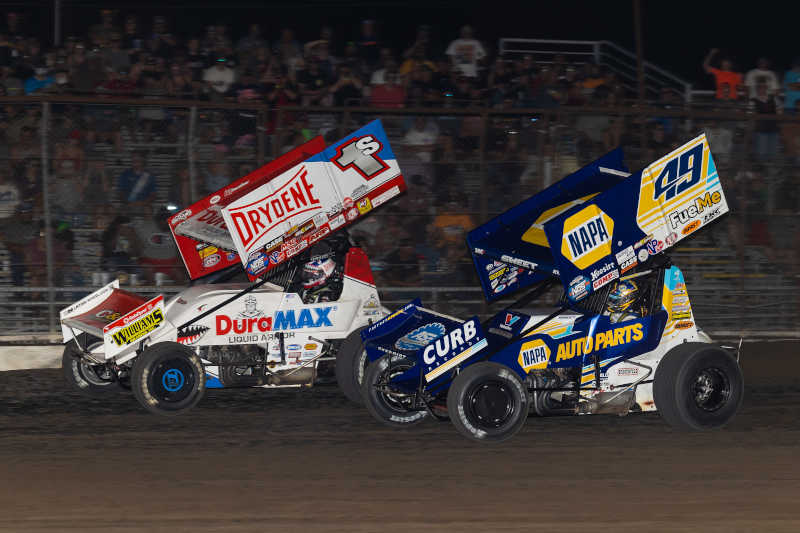 The green flag dropped on the 40-lap main event, and second-place Sweet held pace with the leader. The NAPA driver worked through different lines in search of grip before the leaders caught lapped traffic just a few laps in. Maneuvering through slower cars, Sweet looked to the inside of Carson Macedo to make the pass, but the caution flag waved. The field lined back and went green. With 18 laps to go, Sweet attempted to make the pass for the lead, but a pair of lapped cars go together ahead of the leaders, bringing out another caution. On the subsequent restart, Sweet again made a charge, only to slowly fall back. Sweet held down the fifth position and ultimately finished fifth. The team later noticed a small puncture in the right-rear tire of the No. 49 machine, explaining some of Sweet’s troubles. 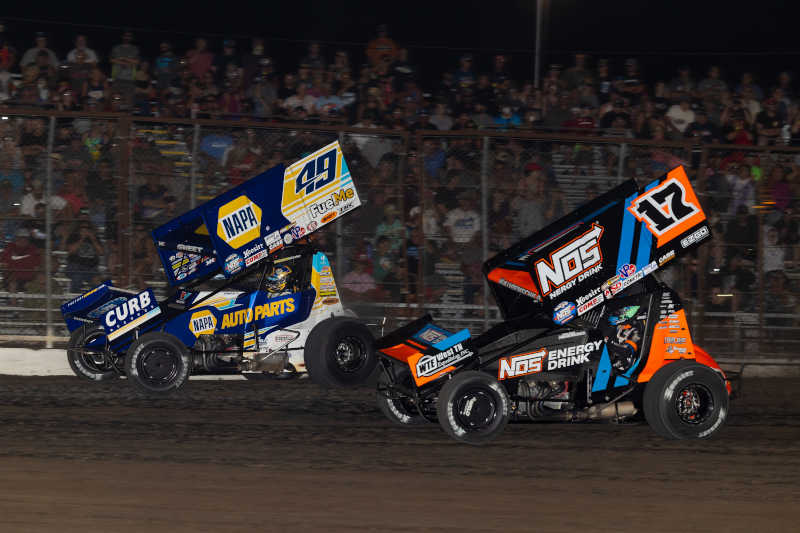 Next up on the World of Outlaws Sprint Car Series schedule is Keller Auto Speedway. Brad Sweet and the No. 49 NAPA AUTO PARTS team will travel to Hanford, CA, for the Tom Tarlton Classic on Friday, September 16.