Brad Sweet captured his eighth and ninth World of Outlaws Series victories at Brown County Speedway and Cedar Lake Speedway over the weekend, maintaining his position atop the points standings.

Brad Sweet entered this week riding a wave of momentum by winning five out of the last seven NOS Energy Drink World of Outlaws Series (WoO) races. On Wednesday at Brown County Speedway in Aberdeen, SD, the momentum continued. 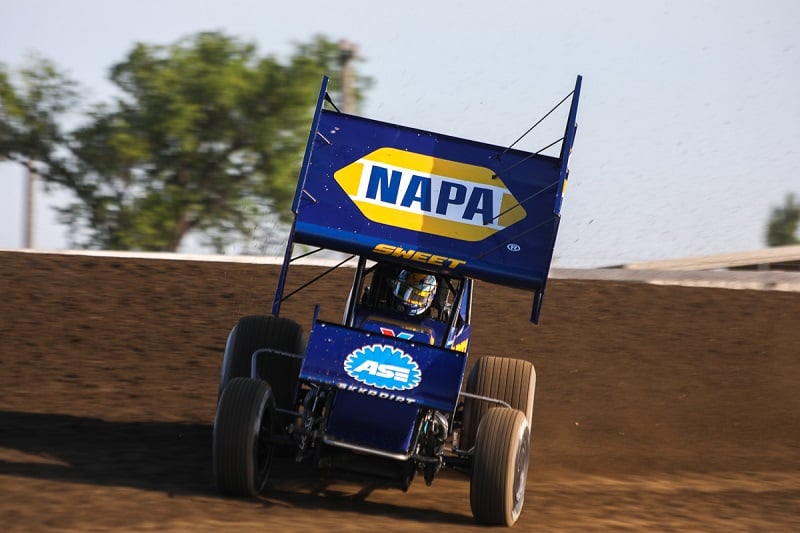 Before the racing began at the 1/3-mile oval in northeast South Dakota, the NAPA AUTO PARTS team stopped at the NAPA location in downtown Aberdeen for a public meet and greet with Sweet, where fans could get an up-close look at the Kasey Kahne Racing No. 49 car and hauler. 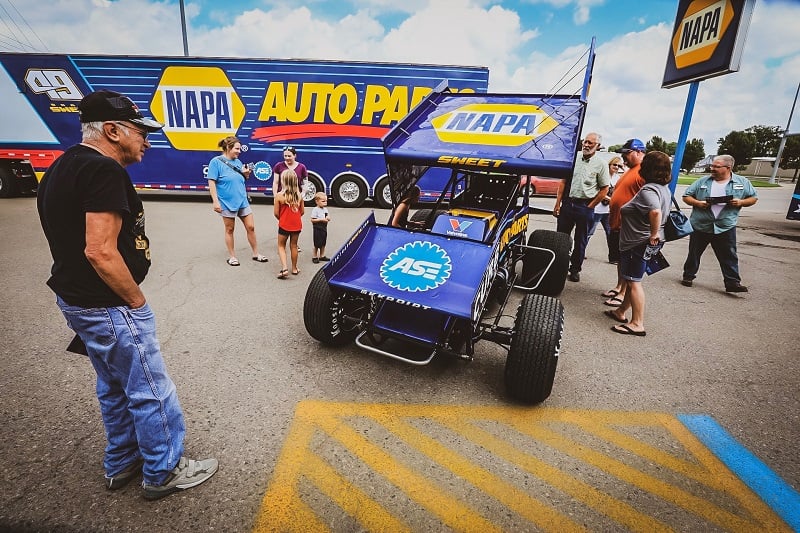 When on-track action got underway later that evening, Sweet and team were once again fast in practice and also won their heat race. The Dash, however, did not go the team’s way as Sweet finished fifth after starting third in the eight-lap shoot out.

At the drop of the green flag for the feature, Sweet patiently worked his way through traffic from his fifth starting position, navigating tricky track conditions on a fast, tight track. After a few early cautions, Sweet, the current WoO points leader, advanced to the second position and remained there for a majority of the race until he and then-leader Logan Schuchart were deep in heavy lapped traffic. Sweet was able to slip by Schuchart on the inside lane with six laps to go and held on to capture his eighth WoO feature win of 2019. 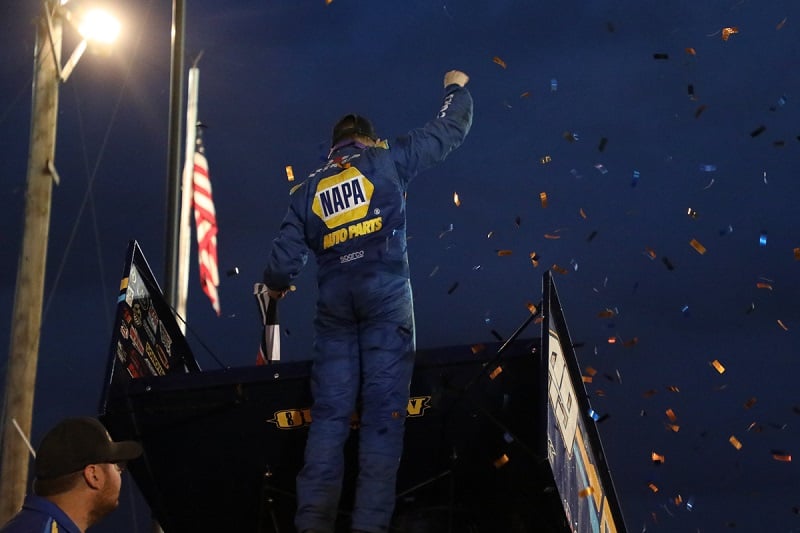 “We were awful in the Dash and the NAPA AUTO PARTS guys made a great adjustment for the [Feature] and we had a really good car,” Sweet said.

The series then shifted its focus to Cedar Lake Speedway in New Richmond, Wisc., for races on Friday and Saturday night. 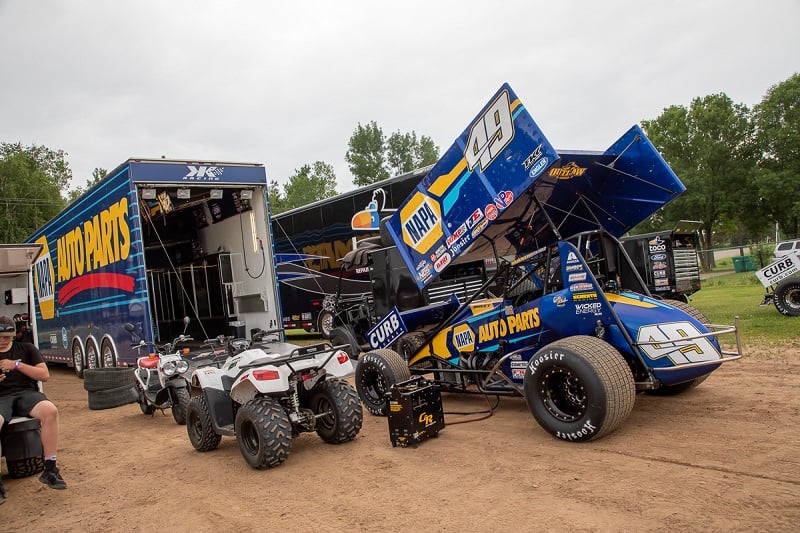 With inclement weather in the forecast, World of Outlaw teams had one eye on the weather when the pit gate opened on Friday and into the evening. Sweet was able to put down the seventh-fastest lap during qualifying and finished fifth in his heat.

A handful of rain showers delayed the start of the feature, and track crews worked quickly to prep the track once there appeared to be a break in the weather. However, just seven laps of the feature were completed before the skies opened up once again, forcing officials to postpone the remaining 28 laps to Saturday afternoon. 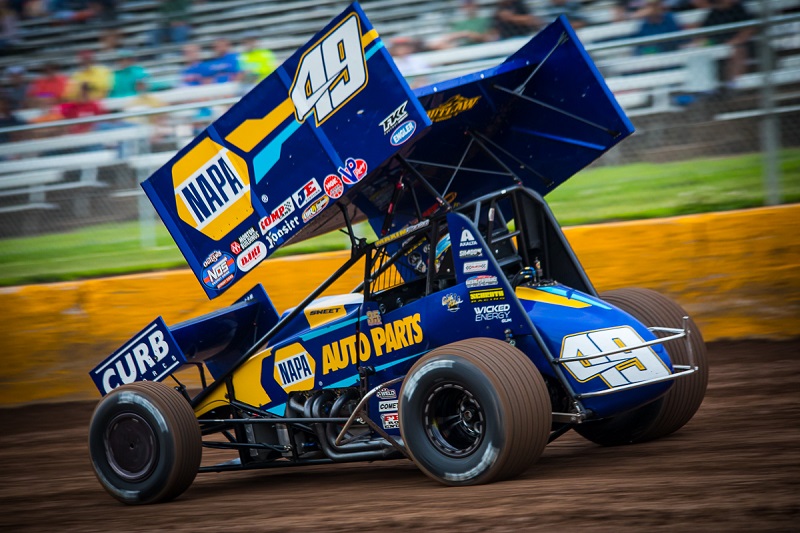 Teams returned the following day with clearer skies, ready for a double-header event. First up on the agenda was to finish the remaining 28 laps of Friday night’s feature before rolling into Saturday’s regularly scheduled program.

Sweet and the NAPA team quickly moved up from their seventh position to fourth at the drop of the green flag of Friday’s make-up race, but just four laps into the race the No. 49 machine stopped on the track with a broken U-joint, relegating the team to a 23rd-place finish and their first DNF of the season. 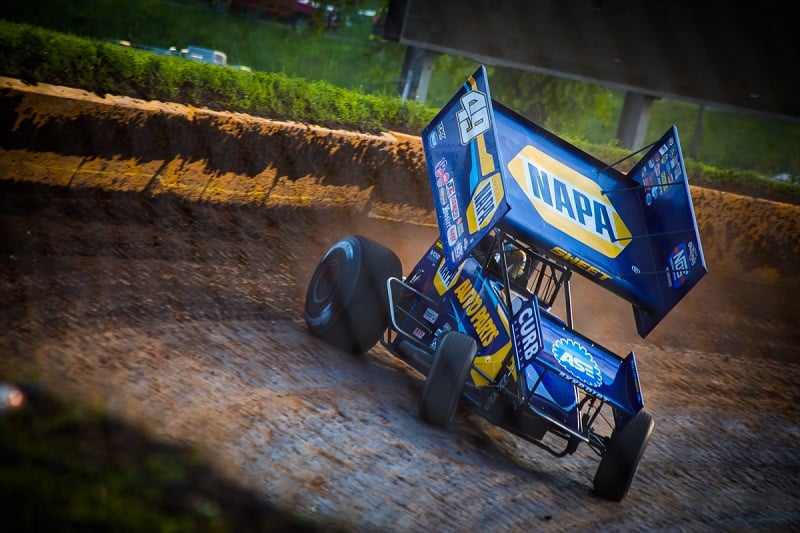 With Saturday night’s scheduled program quickly approaching, the NAPA team was forced to roll out a back-up car as repairs to the primary were too lengthy to complete in time.

The Eric Prutzman-led NAPA team did not disappoint, as Sweet qualified in the eighth position and was able to advance to the FastPass Dash after a fifth-place finish in his heat race. The team had the No. 49 machine hooked up during the eight-lap dash, where Sweet was able to advance from the fifth position to win, giving him the pole for the 35-lap feature. 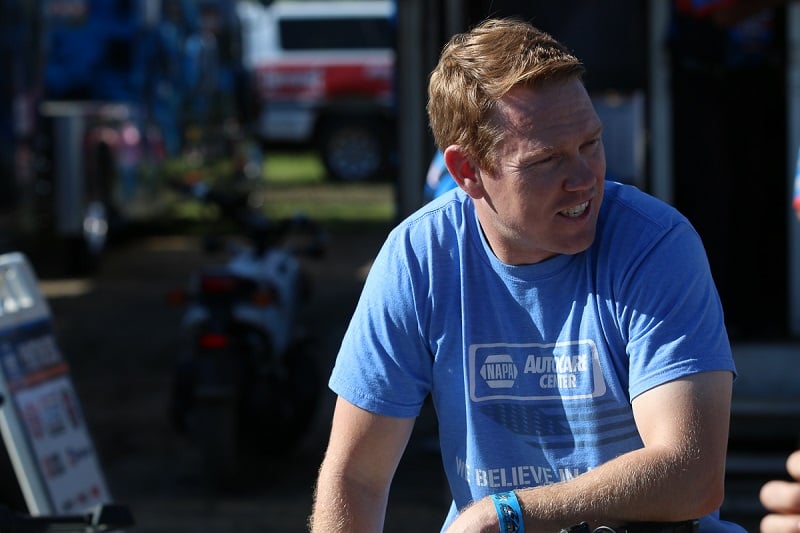 Sweet jumped out to an early lead at the drop of the green flag in the feature and never looked back. The Grass Valley, Calif., native led all 35 laps, and as the track began to take rubber late in the race, Sweet maintained his lead. When he crossed the finish line for his ninth World of Outlaws victory of the season, the right rear tire was flat on the Kasey Kahne Racing machine. 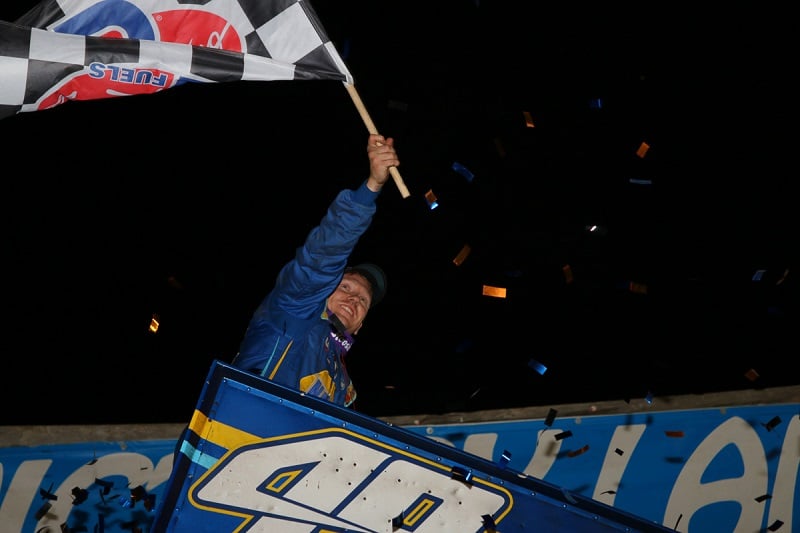 “If we keep fine tuning this thing, I think we can win a lot of races this year,” Sweet said.

With nine wins halfway through the season – seven of them in the last ten races – Sweet is already on track to a career-best year.

“We’ve got a good thing going, and all we want to do is keep the throttle down,” Sweet said. “We just want to win as many of these races as we can. You don’t get these opportunities like we have very often.”

Next Race: July 12, Hartford Speedway, Hartford, MI
How to Watch or Listen: www.dirtvision.com