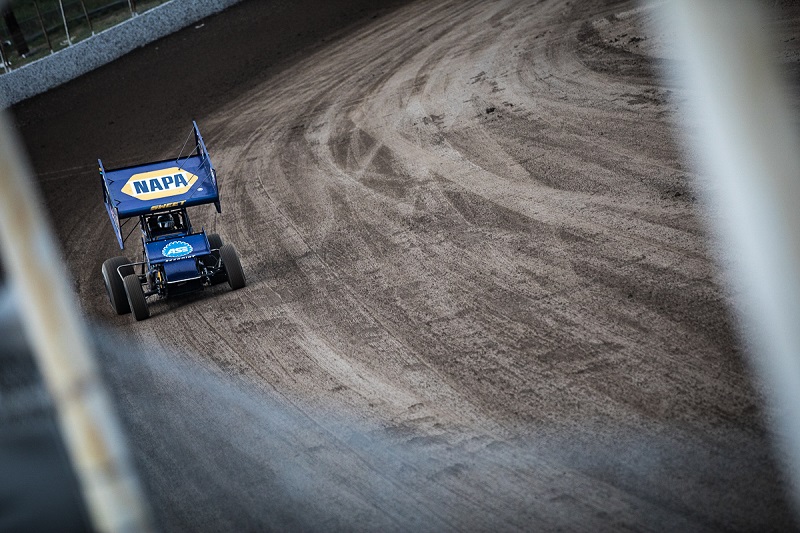 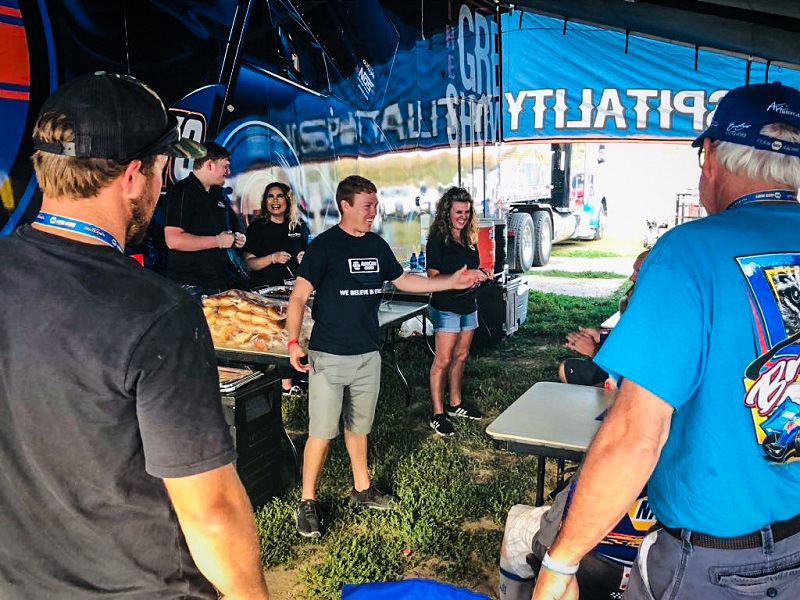 Sweet also met with over 50 NAPA guests at the track before the racing began, with a private meet and greet in the World of Outlaws hospitality pavilion located in the pit area next to the No. 49 team’s transporter, giving unprecedented access to the Kasey Kahne Racing operation.

Once cars hit the track, the NAPA AUTO PARTS team showed speed, qualifying fourth. In his heat race, Sweet was in the second position with a transfer spot to the dash in hand when slight contact with another car caused the No. 49 machine to bobble, relegating the team to a fourth-place finish and out of the dash. The Fast Pass Dash sets the starting line-up of the first three rows of the feature, and not transferring to the dash would prove to be costly in the feature for Sweet and the Kasey Kahne Racing team as they would start the 25-lap feature in the 7th position.

With threatening weather in the area, series officials were forced to hurry the night along. No track prep was done before the start of the feature, which caused the track to quickly take rubber, making passing difficult. Sweet managed to advance to the eighth position by the race’s conclusion. 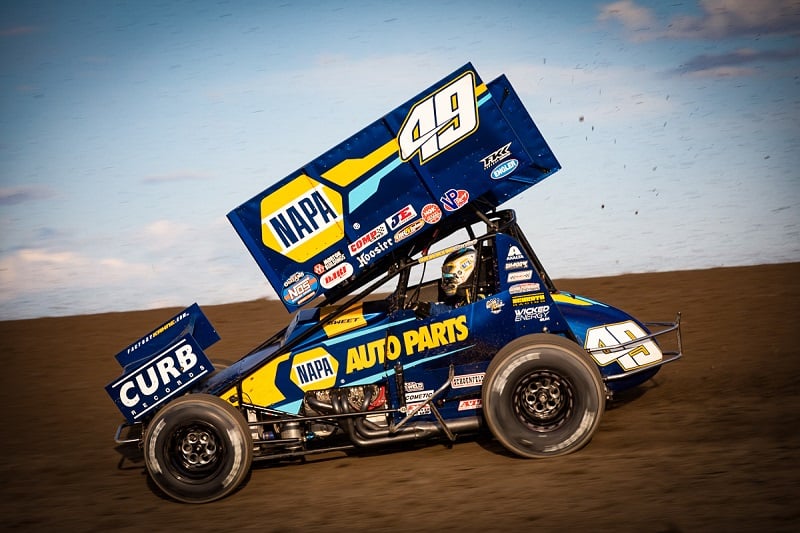 Sweet and the NAPA team qualified 11th to start the night, however the Grass Valley, Calif., native earned a third-place finish in his heat race which would give the team an outside of the fourth row starting spot for the 35-lap feature around the 3/8-mile track.

At the drop of the green for the feature, Sweet quickly worked his way up to sixth, where he remained for a handful of laps. Sweet then advanced up to the fourth position and suddenly found himself in a three-way battle for second with Logan Schuchart and Donny Schatz. 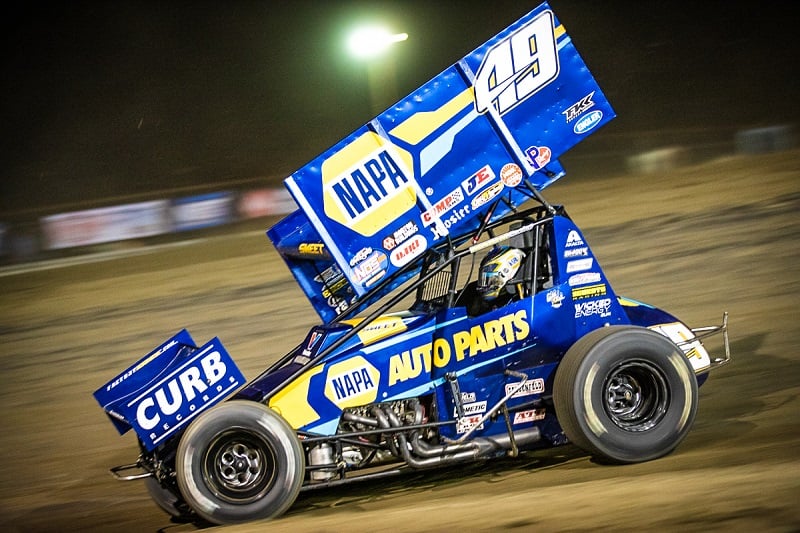 With three laps to go and as Sweet attempted a three-wide pass for second, the final caution flag of the night flew. The field was lined up for a single-file restart with Sweet in the fourth position. With the ensuing restart, Sweet again challenged for the third position as the field exited turn four with only two laps to go; however, he couldn’t complete the pass and lost a spot into turn one. He remained in the fifth position when the checkered flag flew the following lap. 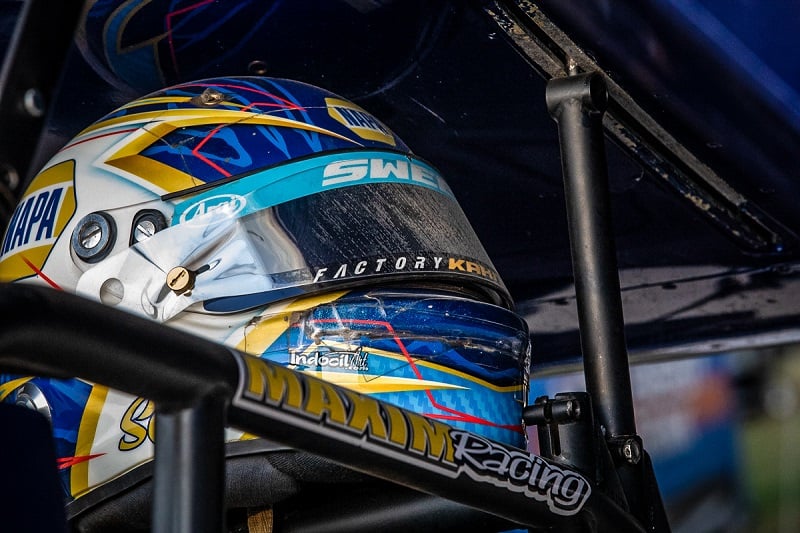 The NOS Energy Drink World of Outlaw Series continues their trek west as they head to the Pacific Northwest at Skagit Speedway in Alger, Wash. on August 30 and 31.

Next Race: August 30, Skagit Speedway, Alger, Wash.
How to Watch or Listen: www.dirtvision.com