Brad Sweet and the No. 49 Kasey Kahne Racing (KKR) NAPA AUTO PARTS team earned their second World of Outlaws (WoO) win of 2020 on Friday night in Pevely, Mo. The victory also marked KKR’s 200th win as an organization since the team’s inception in 2004. 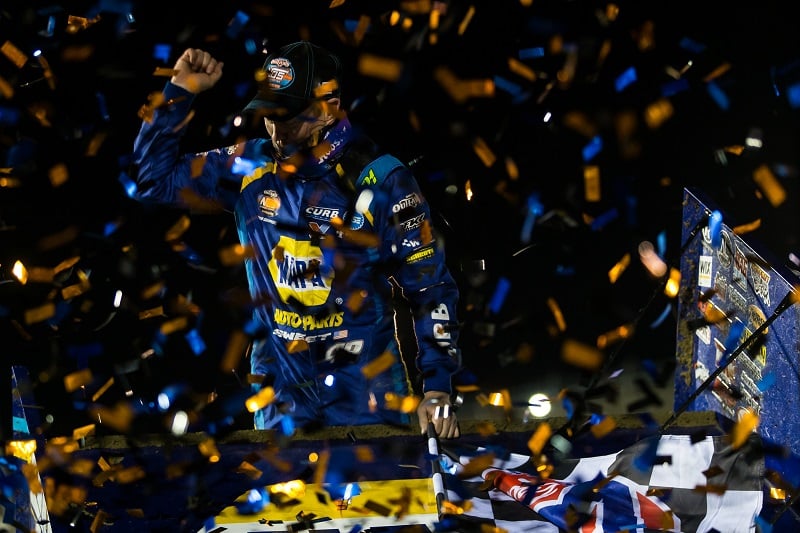 A massive field of 75 cars was on hand in front of limited fans at I-55 Speedway on Friday night, the first of two weekend races at the 1/3-mile oval located 30 miles south of St. Louis. 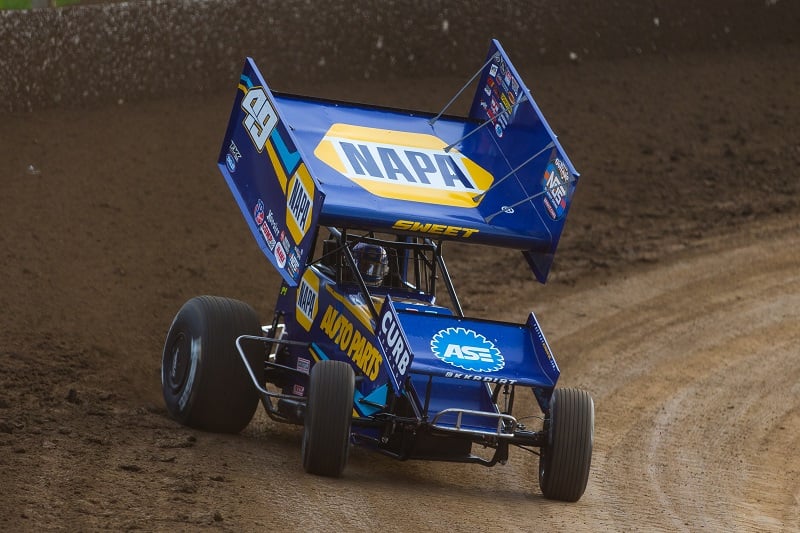 Qualifying fifth in Flight B, Sweet finished second in his heat race after starting third, which put the Grass Valley, Calif., native into the dash. The finishing order of the eight-lap dash would set the first four rows of the feature. After starting second and finishing third in the dash, Sweet and company found themselves on the inside of the third row for the 30-lap feature. 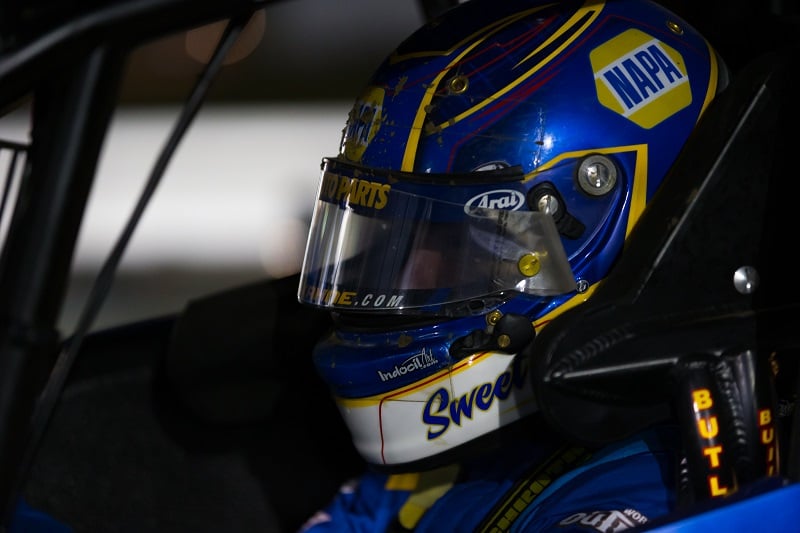 When the feature went green, Sweet quickly found the lead by lap ten. He paced the field until late in the event when his brother-in-law Kyle Larson tracked the No. 49 NAPA machine down and made a pass for the lead. As the two navigated lapped traffic, Sweet was able to regain the lead just a lap later and held Larson off for the last four laps, capturing his second WoO win of the young season and fourth overall of 2020. 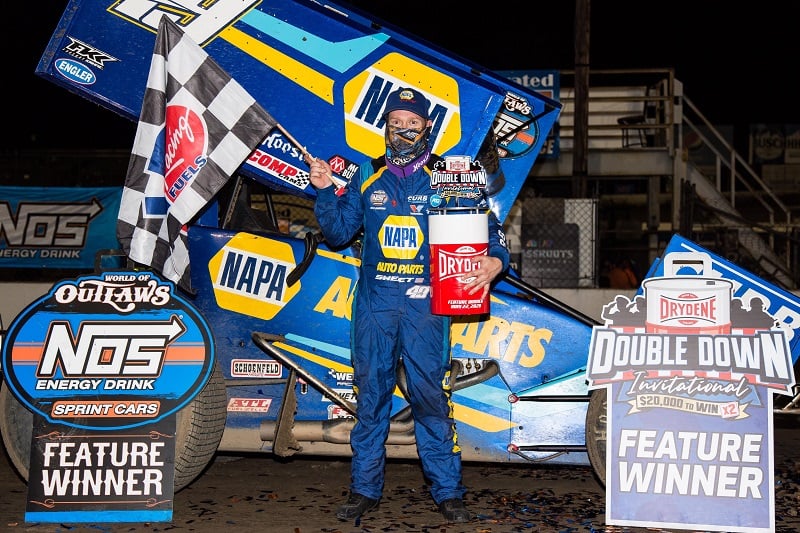 “That was a lot of fun,” Sweet said. “Kyle is an unbelievable talent. He’s my brother-in-law, but he makes me earn these wins dammit… It’s a lot of fun to see fans back in the stands. It’s not a lot of fun to win in front of empty grandstands. Hopefully, the crowds keep getting bigger and bigger.” 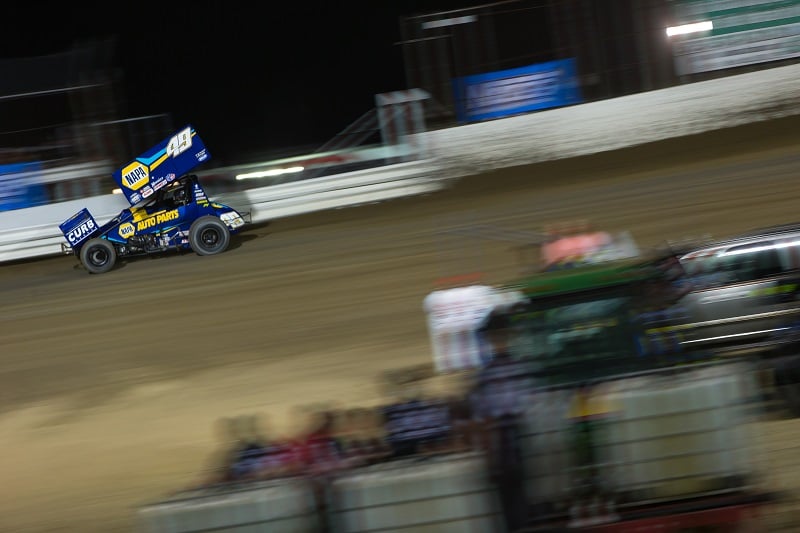 The “Greatest Show on Dirt” returned to I-55 the following night for a $20,000-to-win, 40-lap feature. Once again pulling a late draw with 75 cars entered, Sweet was grouped in Flight B of qualifying, where he went on to set fast time. 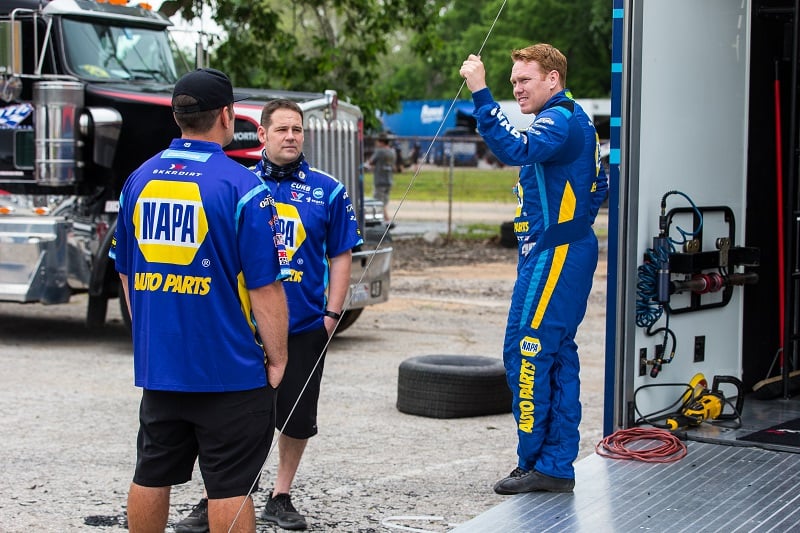 After winning his heat race and finishing second in the dash, Sweet started the feature on the outside of the front row. Working the high side around the speedway, Sweet wrestled the lead away from pole-sitter Sheldon Haudenschild on the exit of turn two on the first lap.

Sweet briefly paced the field until Haudenschild was able to slip back by the No. 49 machine just a few laps later. Settling into the second position as the leaders caught traffic, Sweet maintained pace with Haudenschild and the third-place car of Kyle Larson. 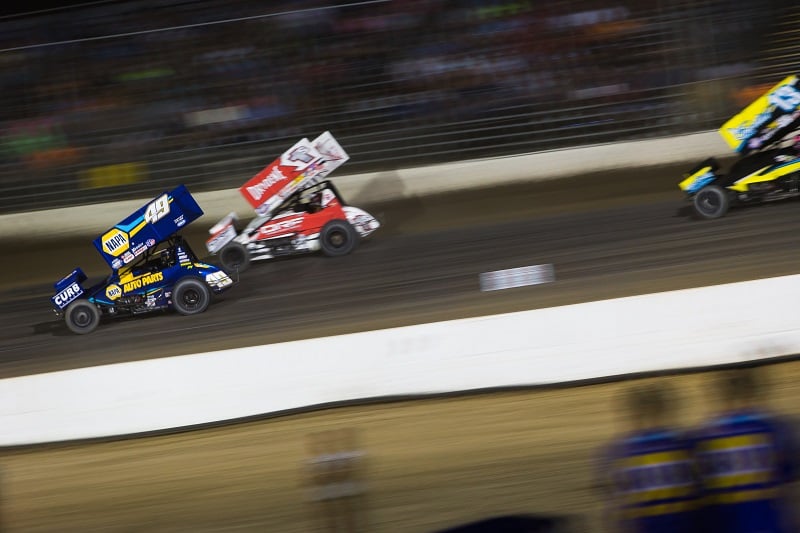 Slipping back to third on a mid-race restart, Sweet again chased Haudenschild and Larson until the handling on the NAPA car began to fade. Sweet slipped back to the fourth position when a caution fell for the leader, Haudenschild, who got upside down in turn two with 16 laps to go.

Sweet was able to hold on to the third position for the remainder of the event, earning his fifth top-five finish in six starts on the season.

The NOS Energy Drink World of Outlaws Sprint Car Series returns to the track with their amended schedule on May 29 and 30 at Lake Ozark Speedway in Odessa, Mo.

Next Race: May 29 -30 at Lake Ozark Speedway (Odessa, Mo.)
How to Watch or Listen: Stream live on www.dirtvision.com