Brad Sweet and the No. 49 NAPA AUTO PARTS team made their way to Pevely, MO, for a two-day World of Outlaws Sprint Car Series showdown at I-55 Raceway, where Sweet has been victorious for three consecutive years. 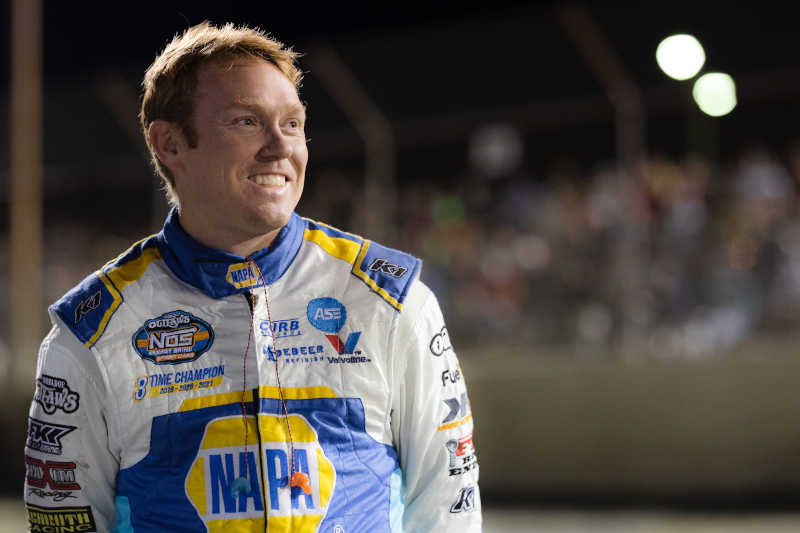 Unfortunately, Mother Nature had other plans as rain claimed another Friday-night race. With extended rainfall Thursday afternoon and a 70% chance on Friday, the World of Outlaws decided to cancel Friday night’s event ahead of time with no makeup date. This would count for the third Friday in a row with racing canceled due to inclement weather. 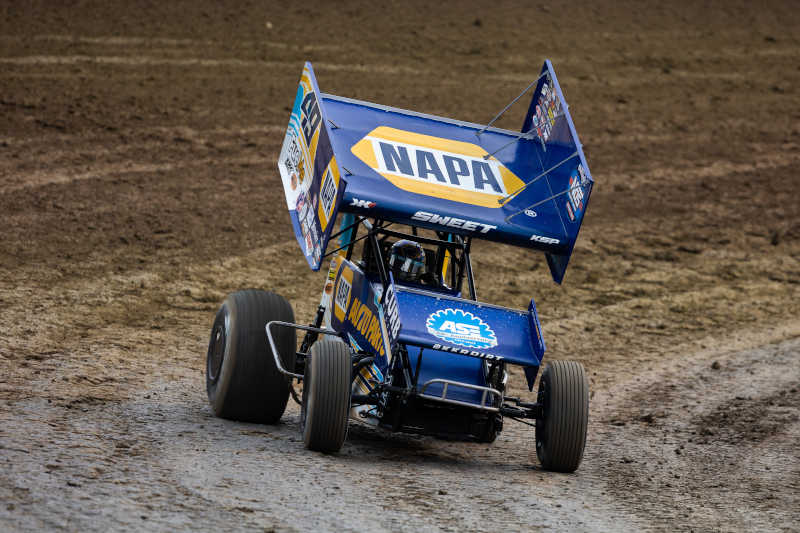 However, Saturday was a different story. Although it brought sunshine, it was still chilly as hot laps were conducted in 52-degree weather. This would soon lead to concern about how track conditions would react to moisture unable to escape the racing surface. With qualifying underway, Sweet was scheduled to hit the track 33rd out of 37 cars. The NAPA No.49 stopped the clock at 10.654 seconds, placing him 15th overall. Starting fourth in his heat race, Sweet charged to second, cashing in his ticket to the Fast Pass Dash. 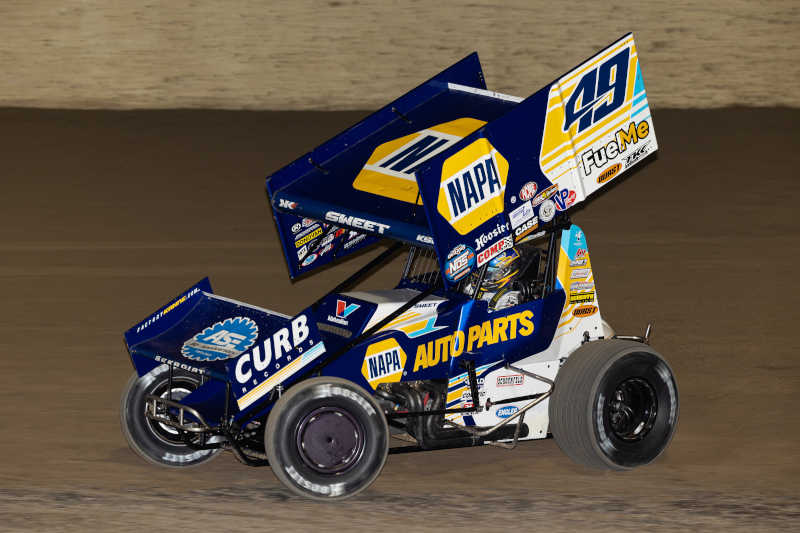 Luckily, Sweet’s drawing techniques have improved as he drew the #4 out of eight pills, placing him outside row two for the eight-lap dash. Sweet stated, “turns 1 & 2 are getting tricky.” This was in reference to the rough track conditions, which began to form large ruts compared to turns 3 & 4, which had a much smoother surface. At the conclusion of the Fast Pass Dash, Sweet held on to his starting position of fourth. 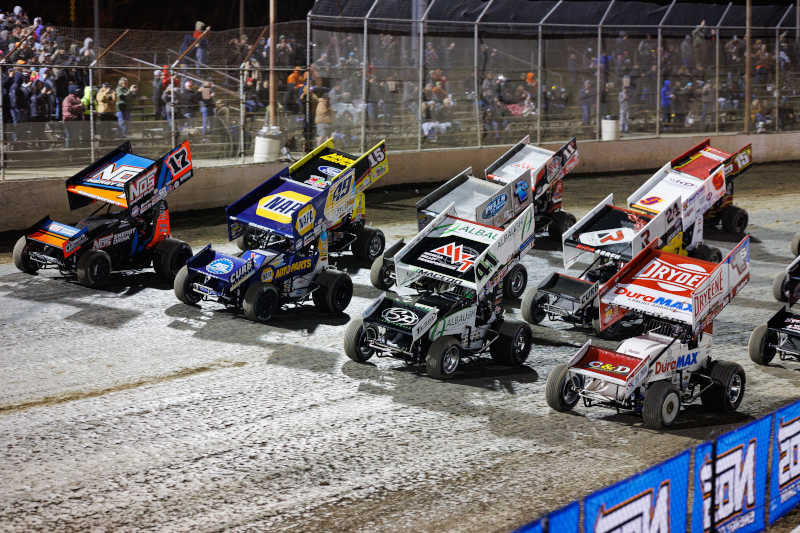 The NAPA AUTO PARTS No.49 was scheduled to start fourth in the 35-lap A-main event. Once the field took the green, the Big Cat held his momentum for several laps. I-55 Raceway hosted a fast, elbows-up type of track which was demanding on the driver’s
strength. Halfway through the A-main, a large mud clot was kicked up at the NAPA No.49, which caught him off guard, resulting in a fall back to fifth. After immediately regaining his focus, the NAPA driver made a stellar charge towards the front. 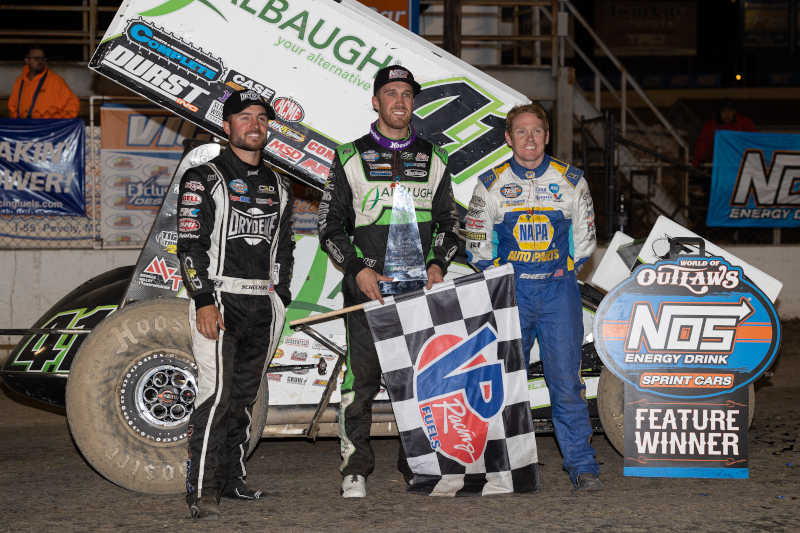 Sweet managed to regain the fourth position, and in the closing laps he implemented a slide job, allowing him to pass his former teammate, James McFadden, for third. The Big Cat began to gain ground on second place but ran out of time as the checkered flag flew. The NAPA AUTO PARTS No.49 came home with a solid, third-place finish, checking off Sweet’s seventh podium of the season. Crew Chief Eric Prutzman mentioned, “Because of how cold it was with the amount of moisture the track had and the huge ruts that formed, sometimes it’s just better to finish.”