Brad Sweet and the NAPA AUTO PARTS team scored a win and a runner-up finish as they kicked off the “Month of Money” with two nights of World of Outlaws racing at Cedar Lake Speedway.

Sweet arrived at Cedar Lake Speedway in New Richmond, Wis., one of 27 cars signed in to the World of Outlaws event. Posting the quickest time of the competitors, Sweet put the No. 49 on the pole of the first heat race. 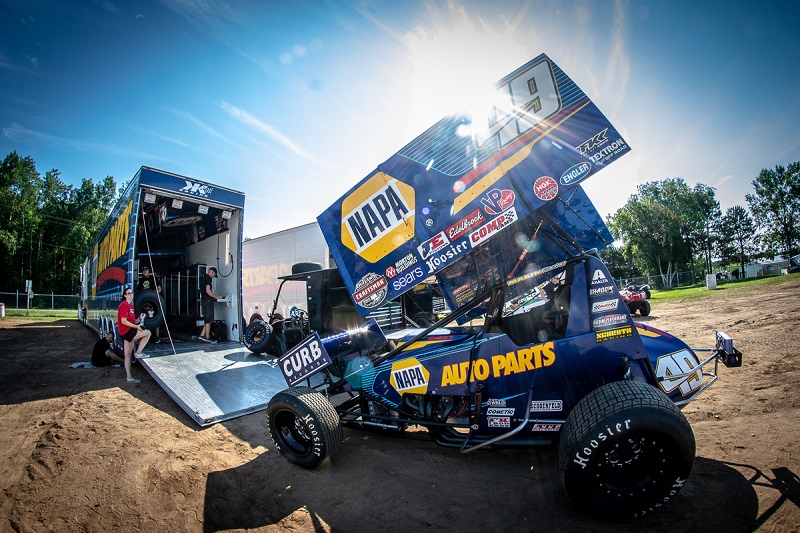 The NAPA AUTO PARTS team traded slide jobs with David Gravel throughout the heat race, creating a very exciting show. Sweet then drew a two to start on the outside front row of the eight-lap dash. The No. 49 team moved into the first spot within the first few laps and never looked back.

The field was set for the 35-lap A feature event. Sweet gained a lead of more than two seconds lead and
entered lapped traffic within the first nine laps. Sweet navigated perfectly through the heavy lapped traffic before a late caution bunched the drivers back up. With eight laps to go, Sweet got a clean track and won the 35-lap feature event for a clean sweep of the night: quick time, heat race win, dash win and the feature win. 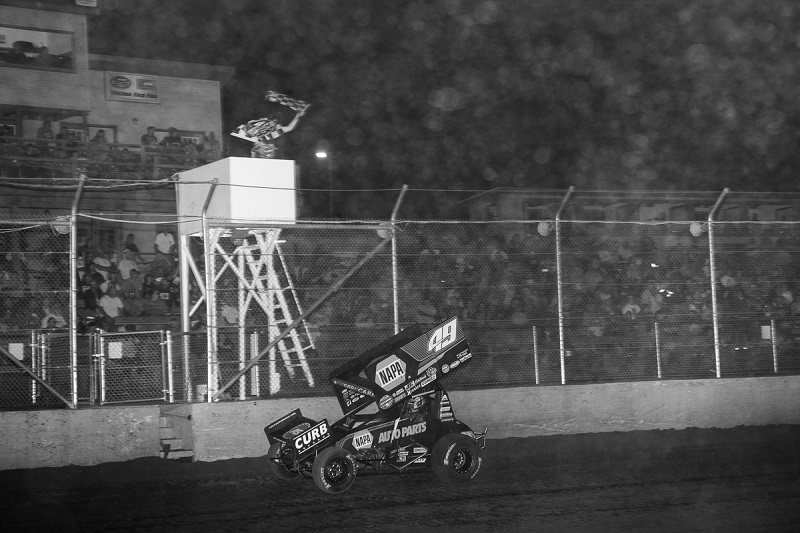 For night two at Cedar Lake Speedway, the World of Outlaws lost two cars, leaving only 25 cars returning to competition. Sweet went out in the last position, which proved costly. The NAPA AUTO PARTS team scored 15th on the qualifying board, putting the No. 49 in the fifth starting spot of heat three.

At ten laps in distance, the heat race sends its top two finishers to the dash while the top six advance to the feature. Sweet propelled himself forward quickly, reaching the third position by lap four. On lap eight, Sweet took over the second spot, finishing there and securing a spot in the night’s dash.

As the dash lined up, Sweet found himself once again starting in the second spot. As soon as the green flag waved, Sweet took the lead and, after a brief battle with Jacob Allen, never looked back. 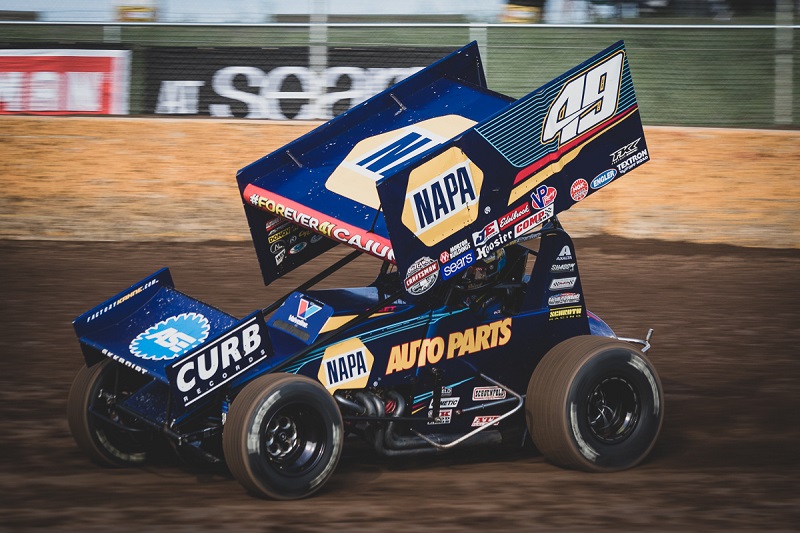 For the second night in a row, a dash win earned the No. 49 team the pole for the feature race, which was set for 41 laps to honor fellow competitor Jason Johnson. When the green flag waved, Sweet took the lead, only to get passed on lap three. He held this position until the caution flag waved on lap nine. Sweet restarted on the inside, again grabbing the lead. The NAPA AUTO PARTS team reached thick lapped traffic. On lap 38, Sweet was forced to change his lane to pass a lapped car, surrendering the lead. After the final three laps, Sweet and his NAPA AUTO PARTS team finished in the second spot.

The No. 49 team heads next to Attica Raceway Park for the Brad Doty Classic on Tuesday, July 10, then on to Eldora for three nights of racing, starting Thursday night and culminating with the King’s Royal on Saturday, July 14.